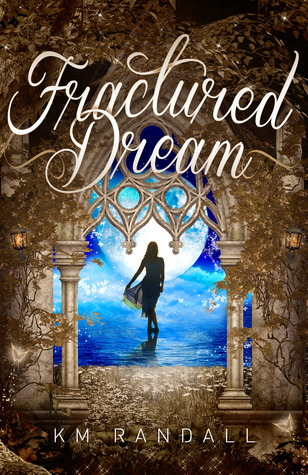 Have you ever wondered where fairytales go once they’re created?

It’s been eight years since Story Sparks last had a dream. Now they’re back, tormenting her as nightmares she can’t remember upon waking. The black waters of Lake Sandeen, where her Uncle Peter disappeared decades before, may hold the secret to Story’s hidden memories, or a truth she’d rather not know. On a bright summer afternoon, Story and her two best friends, Elliott and Adam, take a hike to the lake, where they dive into the cool water and never reemerge. What they find is beyond anything they’ve ever imagined could be possible, a world where dangers lurk in the form of Big Bad Wolves, living Nightmares and meddlesome witches and gods.

Now Story must remember who she really is and somehow stop two worlds from ultimate annihilation, all while trying not to be too distracted by the inexplicable pull she feels toward a certain dark-eyed traveler who seems to have secrets of his own. The fates of the worlds are counting on her.

1.     Paranormal and fantasy are your preferred genre. Who are some of your favorite fantasy and paranormal authors?
I’ve always loved Tanya Huff, Sara Douglass, Madeleine L'Engle, and Charles de Lint. Although Alice Hoffman is not considered fantasy, per say, she is considered “magic realism." And that’s exactly what I love about the way she writes—magic infuses the words on every page, and so she’s definitely been an influence.
2.     Fractured Dream is a book in which the main character finds out that fairytales are real. Which fairy tale would you love to be real?
The Little Mermaid has always been one of my favorites. Although I have to admit, I watched and read the original version by Hans Christian Andersen as a child and was always so sad over how she doesn’t get the guy and then she dies. So I’d order up the Disney version please. Now, if you mean the ones that exist within Fractured Dream, I’d say although she’s not really a fairytale, it would be Morgan le Fay from Arthurian lore. She’s more like a legend than fairytale, but she is one of my all-time favorite characters in literature.
3.     Why did you name your main character Story?
Well, the character originally had a different name. For a long time. But I never really connected with the character or the name. I’d long-loved the name Story and one day when I was trying to think of a really amazing name for my main character it came to me. How perfect for a girl who goes into a world where storybook characters actually exist! At that moment, Story and I totally clicked. She was who she was supposed to be. Names are a big thing with me when writing. I often search names and their meaning to better fit the character’s personality or motivation. So Story meets my need to give my characters’ names greater depth.
4.     How many books to you envision for this series?
There will be three in all. I have had an idea for a few spin-off standalones involving the world itself with new characters. But that’s a ways off!

5.     I noticed you like to use quotes on your website. I love quotes. Do you have a favorite?
I have many favorites! But this one by Annie Dillard is perhaps one I’ve cherished for a long time:

“The universe was not made in jest but in solemn incomprehensible earnest. By a power that is unfathomably secret, and holy, and fleet.” --A Pilgrim at Tinker Creek

Check out more from this author by visiting http://www.kmrandallauthor.com/