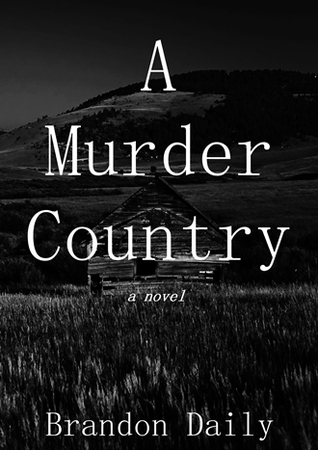 The nineteenth century looms just a few years away, bringing with it the belief in progress and a new world. But for Josiah Fuller, William Corvin, and the Rider in the Appalachian backwoods and small towns of the late nineteenth century, there is nothing but a world where bloodshed is paid for in blood, and violence is the ultimate law of the land.When seventeen-year-old Josiah Fuller comes home to find his parents hanged and mutilated and the family house burned to the ground, he sets off to find the man responsible for their murders and avenge their deaths. His journey takes him through new towns and wildernesses he has not seen before. He meets people who show him the realities of living in a violent world, forcing Josiah to decide what is most important to him: vengeance or grace.Years after running away from home as a young boy, William Corvin returns with his new bride to take over the family's coal mining operation. Though he is haunted by the violence of his past, he sets out to live a peaceful life and start a family there. However, Corvin's hopes of peace are challenged when a horrible act of violence causes him to revert back to the man he once was.After being visited by an angel in a dream years earlier, the Rider has become a man with violence in his blood, believing himself to be appointed by God to collect the souls of sinners. He travels around on his horse, killing whoever he feels is deserving of God's wrath and vengeance. These three men move along their own individual paths, their stories intersecting with one another, continually searching for an understanding of the violent world in which they live and their own actions within that world.The novel examines the power and fragility of belief and conviction within humans, showing how one small act often leads to consequences that reach far beyond anyone's imagining.

1. Compare and Contrast Josiah, William, and The Rider.

There’s a great deal of overlap between the three main characters. In many ways, I wrote them all as being different versions of each other; more specifically, William and The Rider are two versions of what Josiah could be, depending on his actions in the narrative. If Josiah gives in to his violent desires, then he could become The Rider, and if he tries to move on in life and seek some form of peace—as tarnished as it may be—then he could become William.

All three men are capable of violence, but, at the same time, they all despise that violence (even The Rider). Of William and The Rider, William is the one who has acted upon that despise, who has actively tried to move on from his past and begin life again with hope.


2. A Murder Country is described as a novel that "examines the power and fragility of belief and conviction within humans . . ." Explain what you mean by that.

A Murder Country is a story that focuses on violence and vengeance and how those things destroy (both in the characters, themselves, and the world around them). One single act is not contained within one person; rather, it is spread out and affects everything and everyone. That being said, I fear a complete belief in something. Those “true believers,” we call extremists, but they are nothing more than people who believe in their convictions so intensely that they will do and sacrifice anything for it/them. That’s a scary thing. I wanted to portray that fear, and examine it, through my characters. I think The Rider most clearly illustrates this. He believes with his entire being that he is chosen by God to kill sinners—whether he is chosen or not isn’t for me to say, and it is unimportant; there is enough evidence given to argue either way. There are plenty of instances in the narrative where he cannot fully understand that conviction, and he wishes to stop, but he cannot and does not because of his belief.

3. This novel is set in late 19th century Appalachia. Have you ever been to Appalachia?

Though I currently live in Central Georgia (which, by no means is Appalachia, but is a start), I was born and raised in Southern California. I began writing A Murder Country in California, constantly researching the surroundings and people of Appalachia as I wrote. There were times when I wondered if I should just change the setting to something more familiar, but I knew that the story had to be set there. Though I had no first-hand knowledge of the place, I could clearly see the characters and the setting when I closed my eyes.

It wasn’t until after I moved across the country that I finished the novel. When I got to Georgia, I can remember clearly how many things I had gotten wrong in the book. I went through the entire manuscript, changing certain aspects, mainly small things that may seem so insignificant, but I wanted to create something that was genuine to the place.

Moving to this part of the country, I found a love for the peculiarities of the land: the smells and the tastes in the air, the sounds, mainly from the insects here. I loved it all and knew that I needed to capture everything on the page. Today, I stand by the fact that without moving and gaining that first-hand knowledge here, the book would have been much less than what it is now.


4. This is your first novel. What are some tips you've picked up along the way?

The best advice I can give to writers out there is to not stop writing, even the days you have “writer’s block.” It sounds cliché, and it is, but it is because it’s true and important. A Murder Country took me nearly four and a half years to write. I started it just after finishing college (undergrad), but about halfway through I became worried, scared that the last half couldn’t match the first. And instead of pushing through and completing it, saving adjustments and rewrites for later, I quit writing it all together. That was a mistake. I wish I had just pushed through, even on the days when I thought I had nothing genuine to write—it could have been trash or it could have been poetry, but either way it would have been physically there on the paper, and that is so much easier to work with than abstract images and sentences floating around in my mind. So write—whatever it is, whether it’s good or horrible, whether it makes sense or not, just get it on paper and then work with it. No one can spew out perfection on a first draft—remember that.


5. You teach high school English and Literature. One of my high school literature teachers tortured me with the lit classic Ethan Frome. Sometimes I think about rereading the book to see if my perspective on it would change now that I'm an adult. Have you ever re-read a book that you've disliked only to reassess your original opinion?

Absolutely. It always amazes me how much I miss when I read a book—and I think that’s a natural thing for readers. We become so immersed in one aspect of the narrative that we miss out on some of the subtleties. For me, I tend to stay too focused on the main character and miss out on the secondary characters. And that’s a real negative; so much of the power of books comes from the subtleties and the small aspects we sometimes gloss over. It’s also a strange thing to see how your worldview and your focuses and thoughts of people change over time.

One book that I’ve reassessed my original opinion on is Faulkner’s As I Lay Dying. After reading the book a second time, it has become one of my favorite books and, more importantly, I’ve come to realize just how astounding—structurally and narratively—it is. I first read it after finishing my undergrad —I’d never been forced to read much Faulkner, besides “A Rose for Emily” and I went on a mini-binge of Faulkner novels and stories, just for fun (I know). That said, I thought As I Lay Dying rambled too much, that Faulkner was trying to do too much compositionally, that he was experimenting too much with narrator, that the book was just too tongue-in-cheek, in a way.

I always wanted to read the novel again but never really got the chance to pick it up again until last school year; I had one of my lit classes read it. I remember really getting into the book, and maybe it was just the fact that I was reading/analyzing it as a teacher instead of just as a “casual reader,” or maybe it was that we were discussing the book as a class and I was hearing the students’ really interesting responses, but I came away marveling at the novel, wondering how I could have been so wrong about it years before.