Review and Giveaway: The Crystal Cage 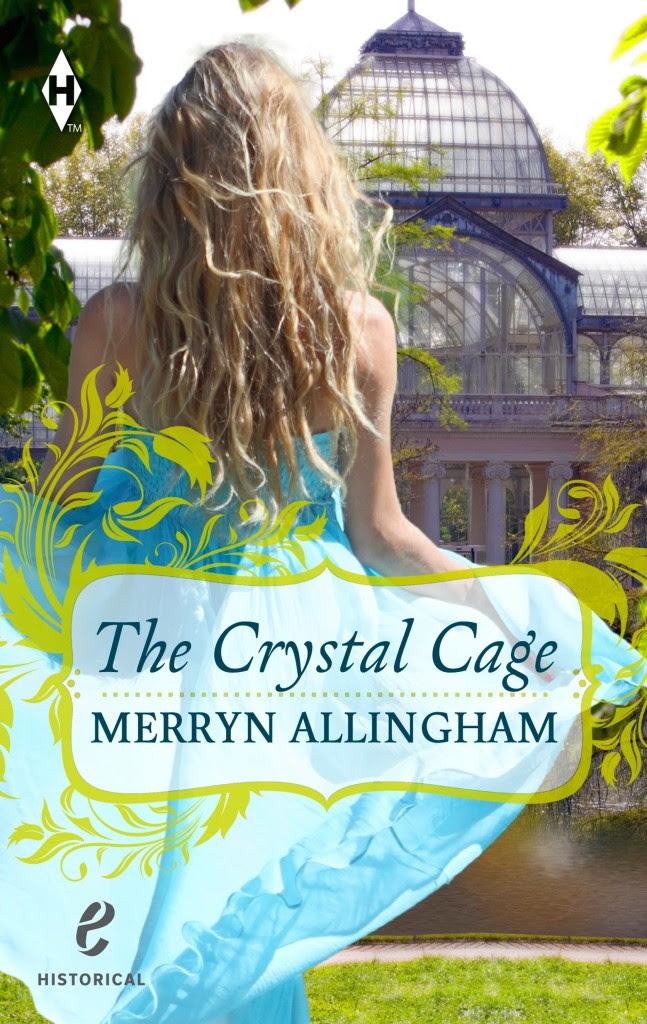 Appearances don't always reveal the truth. Grace Latimer knows this better than most. Illusions of commitment and comfort have her trapped—until bohemian adventurer Nick Heysham charms his way into her world. Commissioned to recover a Great Exhibition architect's missing designs, he persuades her to assist in his research. The mystery of the Crystal Palace seduces Grace, and once she discovers clues about a forbidden Victorian love affair, she's lured into the deep secrets of the past…secrets that resemble her own.

As Grace and Nick dig into the elusive architect's illicit, long-untold story, the ghosts of guilt and forbidden passion slip free. And history is bound to repeat itself, unless Grace finds the courage to break free and find a new definition of love...

My Thoughts:
I will admit that The Crystal Cage took a bit to garner my full attention, but once it did I was hooked. The build up of the story and the development of the characters, at first, seemed to move a little slow for me. However, about a quarter of the way through, it really started to take off.

I'm a huge sucker for historical romance. I love that this book took place in both the past, during the Great Exhibition, and the present. Both time periods mirror each other beautifully. Grace and Nick, the modern-day couple, have a fiery relationship that is marred with complications. They are thrown together to try to solve a mystery of epic portions. Their research brings them into the path of Alessia and Royde, a couple whose story unfolds beneath their gaze.

Merryn Allingham has written a book that will not only appeal to the romance lovers, but to the mystery lovers as well. This is a well-told story that will leave you wanting more long after you read the last page. This is Allingham's first novel and it does not disappoint! 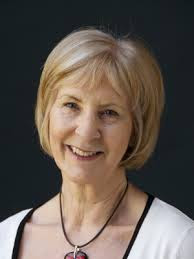 My father was a soldier and most of my childhood was spent moving from place to place, school to school, including several years living in Egypt and Germany. I loved some of the schools I attended, but hated others, so it wasn’t too surprising that I left half way through the sixth form with ‘A’ Levels unfinished.

I became a secretary, as many girls did at the time, only to realise that the role of handmaiden wasn’t for me. Escape beckoned when I landed a job with an airline. I was determined to see as much of the world as possible, and working as cabin crew I met a good many interesting people and enjoyed some great experiences – riding in the foothills of the Andes, walking by the shores of Lake Victoria, flying pilgrims from Kandahar to Mecca to mention just a few.

I still love to travel and visit new places, especially those with an interesting history, but the arrival of marriage and children meant a more settled existence on the south coast of England, where I’ve lived ever since. It also gave me the opportunity to go back to ‘school’ and eventually gain a PhD from the University of Sussex. For many years I taught university literature and loved every minute of it. What could be better than spending my life reading and talking about books? Well, perhaps writing them.

I’ve always had a desire to write but there never seemed time to do more than dabble with the occasional short story. And my day job ensured that I never lost the critical voice in my head telling me that I really shouldn’t bother. But gradually the voice started growing fainter and at the same time the idea that I might actually write a whole book began to take hold. My cats – two stunning cream and lilac shorthairs – gave their approval, since it meant my spending a good deal more time at home with them!

The 19th century is my special period of literature and I grew up reading Georgette Heyer, so when I finally found the courage to try writing for myself, the books had to be Regency romances. Over the last four years, writing as Isabelle Goddard, I’ve published six novels set in the Regency period.

Since then, I’ve moved on a few years to Victorian England, and I’ve changed genre too. The Crystal Cage is my first novel under the name of Merryn Allingham. The book is a mystery/romantic suspense and tells the story of a long-lost tragedy, and the way echoes from the past can powerfully influence the life of a modern day heroine. The next few Allingham books will see yet another move timewise. I’ve been writing a suspense trilogy set in India and wartime London during the 1930s and 1940s, and hope soon to have news of publication.

Whatever period, whatever genre, creating new worlds and sharing them with readers gives me huge pleasure and I can’t think of a better job.

Monday, September 15
Review at To Read or Not to Read
Spotlight at Flashlight Commentary
Spotlight & Excerpt at Romantic Historical Reviews

Wednesday, September 17
Excerpt at CelticLady's Reviews
Interview at What Is That Book About

Friday, September 19
Review at Queen of All Reads
Excerpt at Just One More Chapter

Wednesday, September 24
Excerpt at Passages to the Past

Thursday, September 25
Review at Oh, for the Hook of a Book
Excerpt at Princess of Eboli

To win an eBook of The Crystal Cage please complete the Rafflecopter giveaway form below. Two copies are up for grabs. Giveaway is open internationally.

Giveaway ends at 11:59pm on October 15th. You must be 18 or older to enter.
Winner will be chosen via Rafflecopter on October 16th and notified via email.
Winner have 48 hours to claim prize or new winner is chosen.