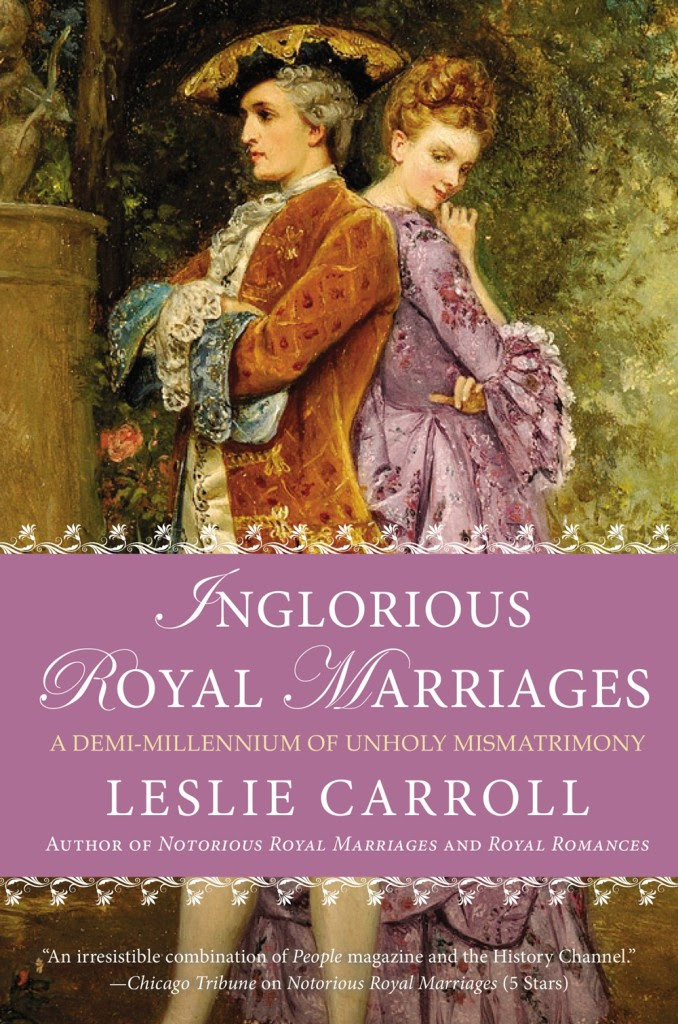 Why does it seem that the marriages of so many monarchs are often made in hell? And yet we can’t stop reading about them! To satisfy your schadenfreude, INGLORIOUS ROYAL MARRIAGES offers a panoply of the most spectacular mismatches in five hundred years of royal history….some of which are mentioned below.

When her monkish husband, England’s Lancastrian Henry VI, became completely catatonic, the unpopular French-born Margaret of Anjou led his army against the troops of their enemy, the Duke of York.

Margaret Tudor, her niece Mary I, and Catherine of Braganza were desperately in love with chronically unfaithful husbands—but at least they weren’t murdered by them, as were two of the Medici princesses.

Compelled by her mother to wed her boring, jug-eared cousin Ferdinand, Marie of Roumania—a granddaughter of Queen Victoria—emerged as a heroine of World War I by using her prodigious personal charm to regain massive amounts of land during the peace talks at Versailles. Marie’s younger sister Victoria Melita wed two of her first-cousins: both marriages ultimately scandalized the courts of Europe.

Brimming with outrageous real-life stories of royal marriages gone wrong, this is an entertaining, unforgettable book of dubious matches doomed from the start.

I'm a huge fan of history. Mostly because some things are so bizarre that you think this cannot have actually happened. But it did! History can be more entertaining than fiction at times. That's the reason why I was interested in reading this book: Inglorious Royal Marriages: A Demi-Millennium of Unholy Mismatrimony by Leslie Carroll.

Leslie does a great job of covering some of history's matrimonial failures. The only time it would be great to be a princess is in a Disney movie, otherwise you were just a pawn in a political chess match.


"It mattered little to royal parents whether their children and their prospective spouses possessed common interests, which is one reason so many of these marriages were doomed to failure and nearly perpetual unhappiness"


I really like Carroll's style of writing. You can tell she really knows her subject and has done quite a bit of research. She doesn't bog you down with every little detail, but furnishes you with enough information so that you can get the whole picture. I enjoyed this book from cover to cover, so much so that I bought another of her books.

I have one paperback copy to giveaway, open to US residents only. You must be at least 13 years old to enter.

“An irresistible combination of People magazine and the History Channel.”—Chicago Tribune (5 Stars)

“For those who tackled Hilary Mantel’s Wolf Hall, and can’t get enough of the scandal surrounding Henry VIII’s wives, [Notorious Royal Marriages is] the perfect companion book.”—NewYorker.com 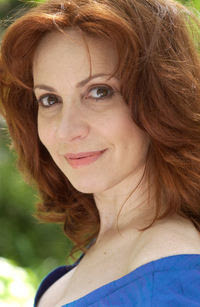 
Leslie Carroll is the author of several works of historical nonfiction, women’s fiction, and, under the pen names Juliet Grey and Amanda Elyot, is a multipublished author of historical fiction. Her nonfiction titles include Royal Romances, Royal Pains, Royal Affairs, and Notorious Royal Marriages. She is also a classically trained professional actress with numerous portrayals of virgins, vixens, and villainesses to her credit, and is an award-winning audio book narrator.

A frequent commentator on royal romances and relationships, Leslie has been interviewed by numerous publications, including MSNBC.com, USA Today, the Australian Broadcasting Company, and NPR, and she was a featured royalty historian on CBS nightly news in London during the royal wedding coverage of Prince William and Catherine Middleton. She also appears as an expert on the love lives of Queen Victoria, Marie Antoinette, Catherine the Great, and Napoleon on the television series “The Secret Life of [fill in the name of famous figure]” for Canada’s History Channel. Leslie and her husband, Scott, divide their time between New York City and Washington, D.C.

Review at So Many Books, So Little Time

Review at Oh, For the Hook of a Book

Spotlight at Princess of Eboli

Interview at Oh, For the Hook of a Book

Review & Giveaway at A Bookish Affair

Review at WTF Are You Reading?

Review & Giveaway at The Maiden's Court

Review & Giveaway at To Read or Not to Read

Review at The Musings of ALMYBNENR