1.    If you could describe your life in one sentence, what would it be?
My life is an unending surprise—be that good or bad—but I wouldn’t trade it, even in the bad times, because they make me savor the good ones.

2.   Name one place you hope you never have to see again.
Can I name a person? A place would be…well, I’d say home, in the Compound, but my mom is there. Once we get her out then that whole place can just disappear.

4.   Tell us something about you that may surprise us.
I watch people. I know them, even after seconds with them, even if I may act like I don't. I want to know how things work, figure out how I fit into it, and find a way to make a difference. People, how they think and act and react, are part of that solution.

5.   What was the last thing you dreamt about?
That Neely was taken away from me. In my dream, she’s in front of me calling my name, trying to tell me who she is and convince me that she knows me, that she loves me, to get me out. But I don’t recognize her. I push her away, and I turn into her father, and I hand her over the Elders.

That will never happen.


People who aren’t honest about their motives. When they lie to serve their own purposes, or leave out pieces of the truth. Everyone would get further with honesty and all the cards on the table. 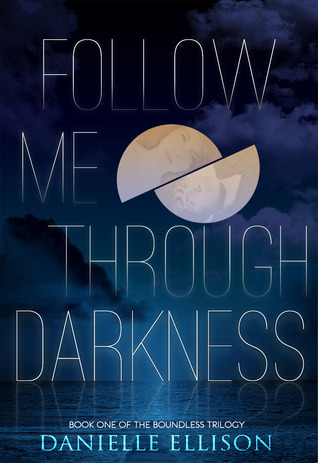 Less than a year ago, Neely Ambrose’s biggest worry was having the freedom to follow a path that wasn't chosen for her.

Less than a year ago, she believed she could trust the Elders who said they had everyone’s best interest at heart and who said they were keeping them safe from the outside.

Sixty days ago, she discovered what they had planned for everyone she loved—and that all of it centered around her.
Now she’s on the run through a dangerous wasteland full of killing machines, secret organizations, and people who want to sell her back to the Elders for their own safety. The whole world outside the Compound is living proof that everything in Neely’s life was a lie manufactured by the Elders, which may even include the boy she loves.

All Neely wants is the truth, but each new piece of it drives her further from what she thought she knew. With only forty days until everyone she loves falls under the Elders’ mind control, Neely must decipher who to trust, what questions to ask, and how to get one step ahead of the Elders, who will do anything to keep their secrets buried.

When she’s not writing, Danielle is usually drinking coffee, fighting her nomadic urges, watching too much TV, or dreaming of the day when she can be British. Danielle is also the author of SALT and STORM, a series about a snarky witch without magic. She has settled in Northern Virginia, for now, but you can always find her on twitter @DanielleEWrites.