Showing posts from November, 2014
Show all

Happy Thanksgiving from To Read or Not To Read 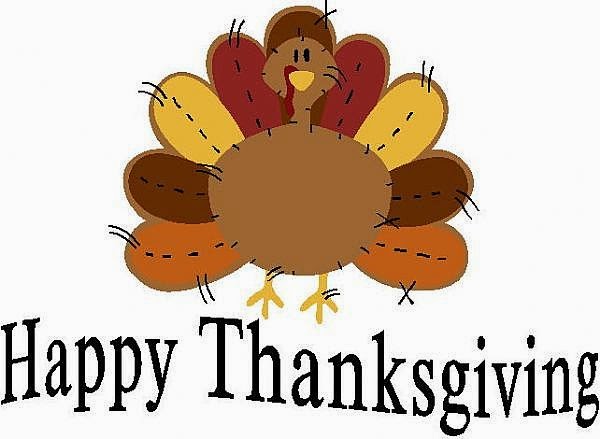 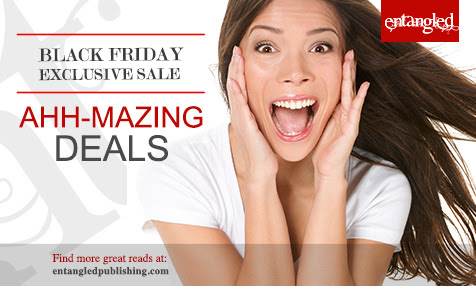 I'm excited to take part in Stacey O'Neale's release day launch for FRAGILE REIGN! Check out the book below and be sure to enter the amazing giveaway! It’s been a week since all hell broke loose… Rumors of King Taron’s weakened powers have left the air court vulnerable. Kalin is desperate to awaken her akasha powers, except she doesn’t know how. Tension within the court is at an all-time high. Pressure is mounting for her to ascend to the throne, but a halfling has never ruled over any court. To solidify her position, the council has advised her to marry Sebastian—a high ranking air elemental she’s never met and her betrothed. Will Kalin sacrifice her relationship with Rowan to strengthen her court? Rowan and Marcus return to a fire court in turmoil. Liana’s death has fueled the fire elementals’ distrust against the air and woodland courts. The unbalanced elements have set off natural disasters all over the mortal world. Rowan takes the throne to restore balan
2 comments
Read more

Darby Kaye has a new book out!

Synopsis: "On the run across America from a vengeful shape-shifter, Bannerman "Bann" Boru has only one thing on his mind: keeping himself and his young son, Cor, alive.  At any cost.  Until he meets Shay Doyle, healer and member of a secret group of immortal Celtic warriors, the Tuatha de Danaan, living in modern-day Colorado. When Cor is injured, Bannerman is forced to accept her help. He quickly realizes that the golden-haired healer is shield-maiden tough and can hold her own onthe field of battle with the big boys. And Shay soon discovers that there is more to Bann than meets the eye.  Now, with the shape-shifter Cernunnos teaming up with the local pack of Fir Bolgs (Bronze Age creatures with a nasty taste for children), Bannerman, Shay, her wolf-dog Max, and the rest of the Doyle clan must figure out how to battle one insane god." Amazon:  http://www.amazon.com/Stag-Lord-Bannerman-Boru/dp/1939392411/ref=sr_1_1?s=books&ie=UTF8&qid=14
2 comments
Read more

Feature and Giveaway: Holidays With Jane 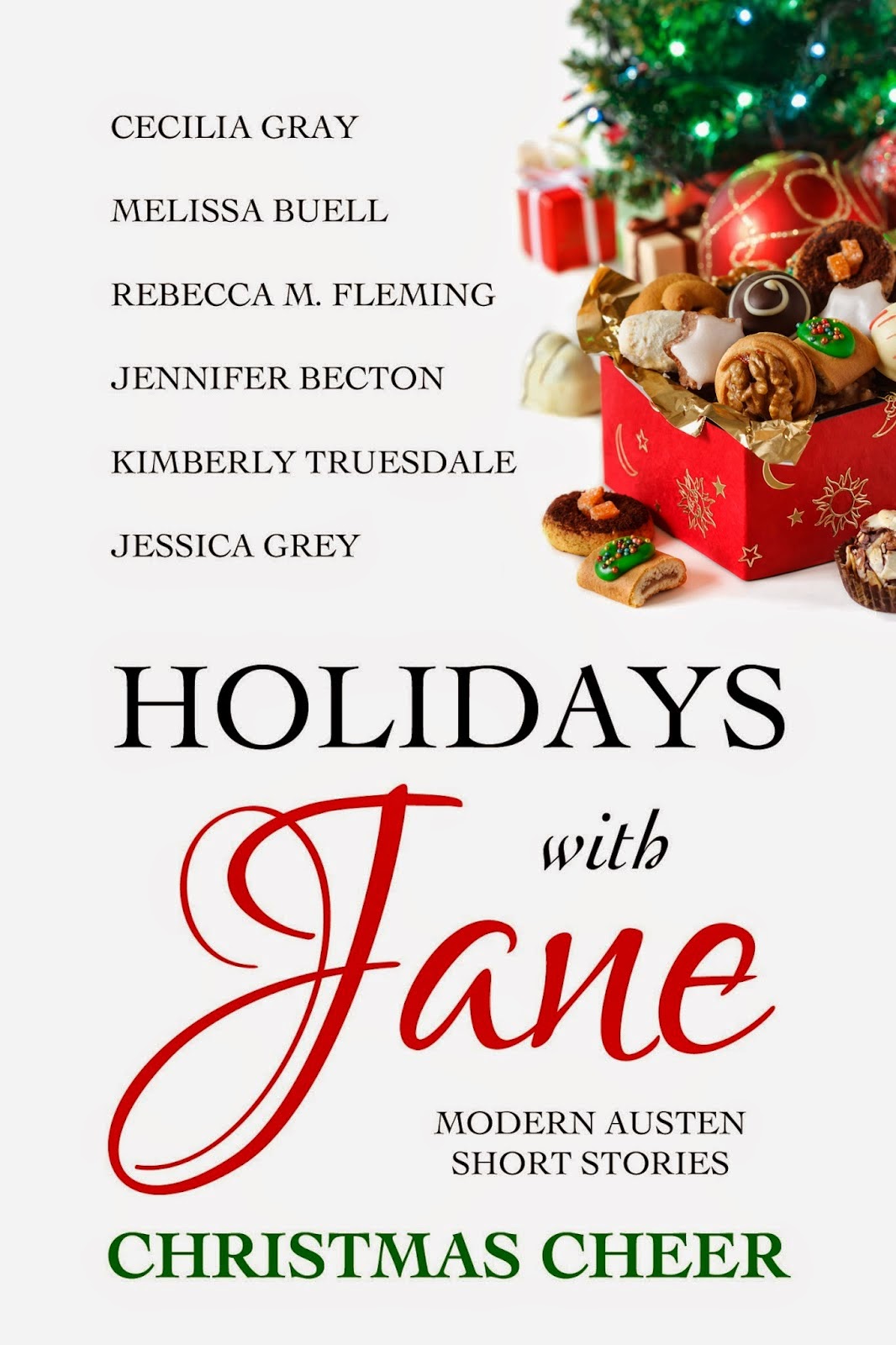 **I'm very happy to report that some super cool Janeite friends and I have come out with a short story collection just in time for the holiday season! We each took a Jane Austen novel, modernized it, shortened it, and added some Christmas cheer to it. :-) Back story to the short story collection. A family member was in the hospital and I desperately needed some happymaking in my life. I was thinking about what makes me happy. Christmas and writing came together in my mind. I called Jessica Grey and said, "Hey, what do you think about writing a Jane Austen Christmas story together?" That quickly swirled into all the Austen novels and calling up amazing writing friends to add to our Christmas writing fun. All this to say that you never know where inspiration will come from! (And my family member is much better now!) ** Six talented authors make your Christmas lights twinkle with these modern-day adaptations of Jane Austen's novels. Curl up wi
4 comments
Read more

Q &A with Jack MacLean author of GLOBAL PREDATOR 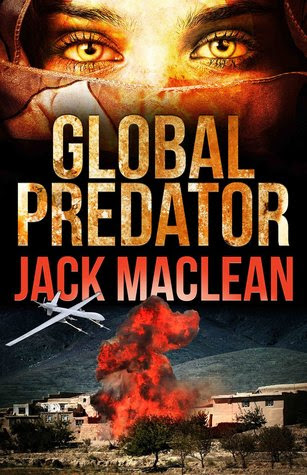 Q &A with Jack MacLean author of GLOBAL PREDATOR GLOBAL PREDATOR By Jack MacLean Legend Publishing September 19, 2014; $10.38 paperback; $2.51 Kindle ISBN- 978-1783014859 AISN: B00L5M4L0C High above the mountains surrounding the beautiful Swat Valley in Pakistan a Global Predator drone circles, waiting to unleash its Hellfire missiles. In  GLOBAL PREDATOR  by Jack MacLean (Legend Publishing; $10.38 paperback; $2.51 Kindle), the National Security Agency pursues the trail of Osama Bin Laden’s deputy Ayman al-Zawahiri. When a recording reveals new clues about al-Zawahiri’s plans, the NSA’s hunt for the international criminal escalates. A special intelligence team, led by Faiza Azhad an agent on a personal vendetta, plots to catch him at a meeting of high-ranking al Qaeda leaders.     Meanwhile, the local Taliban have been stepping up their attacks on anyone who dares to educate women. The situation is growing desperate; foreign aid organizations h
Post a Comment
Read more

Book blurb: Alex never dreamed that finding the one who completes him would turn his life upside down. Love wars with heartache and the hardest decision of his life comes with consequences he never imagined. On top of it all, Alex’s world is rocked when he finds someone he loves at the end of a gun. Can Alex be strong enough protect everyone, or will family shatter the world he has worked so hard to defend? My Social Media Links: website:  www.chereealsop.com facebook:  http://www.facebook.com/authorchereealsop Twitter:  https://www.twitter.com/chereealsop Amazon for paperback & ebook:  http://www.amazon.com/Cheree-Alsop/e/B006NPWD2Y/ref=sr_tc_2_0?qid=1372913544&sr=8-2-ent Barnes&Noble for ebook:  http://www.barnesandnoble.com/s/cheree-alsop?store=allproducts&keyword=cheree+alsop Smashwords for all ebook formats:  http://www.smashwords.com/books/search?query=cheree+alsop Thanks to Cheree Alsop I have three e-copies to giveaw
Post a Comment
Read more

Synopsis: A good girl goes fabulously bad in the final book in New York Times bestselling author Sophie Jordan’s sexy New Adult romance series, in which three Ivy League suite-mates seek higher knowledge of just how far they can go. Months after her boyfriend dumped her, Georgia can still hear the insults he hurled at her. Boring. Predictable. Tame. Tired of feeling bad, she’s ready to change her image, and go a little wild. What better way to prove her ex wrong than a hot night of sexual adventure at the secret campus kink club? In the shadowy den of the kink club, she unexpectedly runs into Logan Mulvaney, her friend’s little brother. A player extraordinaire too hot for his own good, he may be younger, but the guy is light years ahead when it comes to sexual experience. Now he’s telling her to go home—“good girls” don’t belong here! Georgia is tired of having others define her. She’s going to teach Logan a lesson he won’t forget—one white hot, mind-wrecking kiss . . .
Post a Comment
Read more

Get in front of top YA Editors and Agents with only the first 250 words of your YA novel!

THE 5th ANNUAL YA DISCOVERY CONTEST has begun! No query? No pitch? No problem! Get in front of top YA Editors and Agents with only the first 250 words of your YA novel!   Have a young adult novel—or a YA novel idea—tucked away for a rainy day? Are you putting off pitching your idea simply because you’re not sure how to pitch an agent? No problem! All you have to do is submit the first  250 words  of your novel and you can win both exposure to editors, and a reading of your manuscript from one of New York’s TOP literary agents Regina Brooks. Regina Brooks  is the CEO of  Serendipity Literary Agency  and the author of  the award winning book  Writing Great Books for Young Adults   now available in a second edition. The top 20 submissions will all be read by a panel of five judges comprised of top YA editors at  Random House ,  HarperCollins, Harlequin, Sourcebooks  and  Penguin ,  Scholastic,   Feiwel and Friends ,  Kensington ,  Candlewick ,  Bloomsbury ,
Post a Comment
Read more
More posts