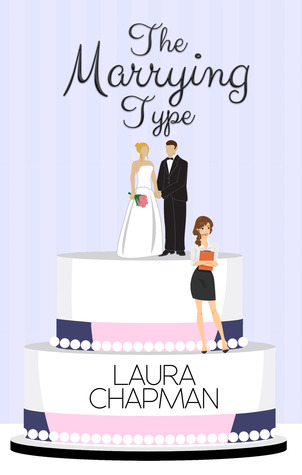 1. Tell me about your novel The Marrying Type.
Elliot Lynch, the heroine of The Marrying Type, is a second-generation wedding planner living and working Charleston, South Carolina. When she learns her family’s business is broke, she agrees to be featured on a reality TV show about wedding planners to balance their finances. With a camera crew in tow, she ends up having to work closely with her ex--the one who got away--and rediscovering some of the feelings she’s kept hidden for so many years. While saving her business and her heart, Elliot also deals with a competing wedding planner, an over-the-top bridesmaid who makes multiple weddings a challenge, and lingering issues with her family and business. I was inspired to write this story after reading Jane Austen’s Persuasion and watching hours and hours of wedding shows on TV.
2. Would you ever appear on a reality t.v. show? If so, which one?
I’ve toyed with the idea of appearing on a show like The Bachelor (I’ve always figured a bachelorette who writes love stories, but still hasn’t found the man of her dreams would be a great angle) or The Amazing Race (because I’m competitive and love to see the world). I also pretend I’m on American Idol every time I’m in the car listening to music. But the reality TV show I’d most want to appear on would probably be Income Property or Property Brothers on HGTV. I have a pretty big crush on Scott McGillivray and Jonathan and Drew Scott. Not only would I get to meet them, but they could help me buy and fix up a house, which is something I’d like to do in the next couple of years.
3. Elliot has to work with her ex. What is your worst work experience?
I’ve been lucky in my professional careers not to have anything too horrible happen. I had to work with two exes back in high school, and unlike Elliot, I lacked the maturity to handle both situations. There was a lot of angry words, glares, and all-around not-so-good times. Even though it’s been more than a decade, I still look back on how little grace I had dealing with my exes at work, and I cringe. I also once told a source I was interviewing that I wanted to catch crabs, because like a true Nebraska city girl, I didn’t realize the correct term was crabbing. That’s another pretty embarrassing moment, but I was able to use it for inspiration in my first novel.
4. You have two cats--Jane and Bingley. (I love those names!)  Why not Darcy and Elizabeth?
When my sister and I were in the market to adopt a couple of kittens (we wanted two, because we worried one might get lonely) we actually were searching for a Darcy and Lizzy. We knew a Mr. Darcy would require a certain look, like a black cat with tuxedo markings. The first pair of kittens we met were gray, tortoise-shell brothers, and we contemplated a Darcy and Bingley combination. Then, we went to The Cat House (a wonderful, no-kill shelter here in Lincoln, Nebraska, that does so much good in our community) where we were introduced to a litter of kittens. The alpha male was an orange tabby, and the runt was a beautiful long-haired Persian. We instantly fell in love with both of them, but Mr. Darcy and Elizabeth didn’t seem to fit. We named them Jane and Bingley, because she was by far the prettiest kitten we’d ever seen, and he was the most agreeable and charming. Eight years later, they still live up to their names.
5. Name some qualities you look for in your ideal man (or woman).
I’m still in the market to find the future Mr. Laura Chapman, and while I’m not entirely sure what my idea of perfection would be, mostly I want someone who is honest, loyal, and who has a sense of humor. I also love to travel, so a sense of adventure (rooted in being semi-organized but open to new experiences) would be great. Given my work and writing schedule, I’d also like him to be fairly independent and supportive. I’ve always thought a person’s match should be his or her biggest fan, and that’s what I’d really like to find. If I can be really particular, it’d be nice if he looked like Prince Eric, cheers for the Green Bay Packers, and loves cats and dogs.
About the Book
Always the wedding planner, never a bride, Elliot Lynch is famous for orchestrating the splashiest weddings in Charleston, South Carolina. When her father’s sloppy management practices leave them on the brink of bankruptcy, Elliot will do whatever it takes to save the family business. When asked to appear on “The Marrying Type,” a reality TV show about the people behind the scenes as couples exchange I dos, she says yes to the invasion of privacy (and the hefty paycheck that comes with it).
With a camera crew capturing every detail of her life, Elliot faces her most challenging contract yet: planning a wedding where her ex is involved in every part of the process. Add in a lazy assistant, liquor-loving bridesmaid, and rival planner encroaching on her turf, and Elliot’s wedding season goes from high-end to high-stress.
Forced to confront her past, Elliot must live out her troubled present on national TV if she has any hope of saving her future.
Book Links
Goodreads: https://www.goodreads.com/book/show/24766966-the-marrying-type
YouTube: http://youtu.be/VBGKaTOjo80

About the Author
Laura Chapman is the author of The Marrying Type, Hard Hats and Doormats and the Autumn and Tuck series, which appear in Merry & Bright and A Kind of Mad Courage. A native Nebraskan, she loves football, Netflix marathons, and her cats, Jane and Bingley. Until she fulfills her dream of landing a British husband or becoming a Disney princess, you can find her in a bar penning her next novel.
Stay Connected
Website: www.laurachapmanbooks.com
Blog: www.change-the-word.com
Facebook: http:www.facebook.com/laurachapmanbooks
Goodreads: https://www.goodreads.com/lmchap
Twitter: https://twitter.com/lmchap
Instagram: http://instagram.com/lmchap614
Interview Laura Chapman The Marrying Kind