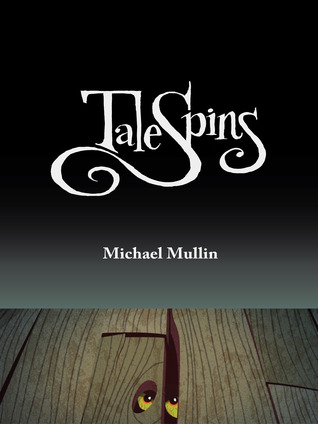 BOOK SYNOPSIS:
A trilogy of twisted fairytales & retellings for YA readers. Meet Creepy the unknown 8th dwarf and learn the truth about Snow White. Discover a teen princess who hires The Frog Prince witch to get revenge on a Mean Girl at school. And learn what happens when a man who lives high above ground encounters a boy thief named who ruins his night!

SHORT (OPENING) EXCERPT:
The stories we pass down from parent to child
Were once filled with darkness, but somehow turned mild.
We tweak and revise, and when all else fails
We choose to omit certain crucial details.
Until they're forgotten, and nobody knows
How a story originally, truthfully goes.
Take Snow White, for example. A popular tale
With plenty of unpleasant truths to unveil.
For instance, I’d wager that you didn’t know
Seven lived in that cottage … while one lived below.

And Check out the cover for Simon, a modern-day take on Hamlet. It's due out in April.

AUTHOR BIO:
Michael Mullin lives in Pasadena, CA, although all his sports allegiances remain in his native New England. The first TaleSpins story featuring Creepy the 8th dwarf is also available in graphic novel form (8: The Untold Story). In addition to those books, he also wrote the middle-grade humor/adventure titled Rocketboy: The Return of Dr. Megaton. Michael is also co-author of several titles in the award-winning Larry Gets Lost™ picture book series. His YA novel Simon, a modern-day take on Hamlet, is due out in April 2015.
He lives with his wife and their teenage twins. The kids pretty much run his life, despite his best efforts to appear as if he is running theirs.
LINKS:
http://www.amazon.com/TaleSpins-Michael-Mullin/dp/098518843X/
http://www.amazon.com/8-Untold-Story-Michael-Mullin/dp/0985188456
https://www.facebook.com/pages/8-The-Untold-Story/236407236402914
https://twitter.com/GemiknightPress

*GIVEAWAY*
Thanks to Michael Mullin, one of our lucky readers will win  a copy of  TaleSpins book, an 8: The Untold Story graphic novel (both signed, of course) + a cool T-shirt. Click here to check out the designs. Winner picks size and design. You must be at least 13 years old to enter. Giveaway is open to US addresses only. Please read giveaway rules before entering.