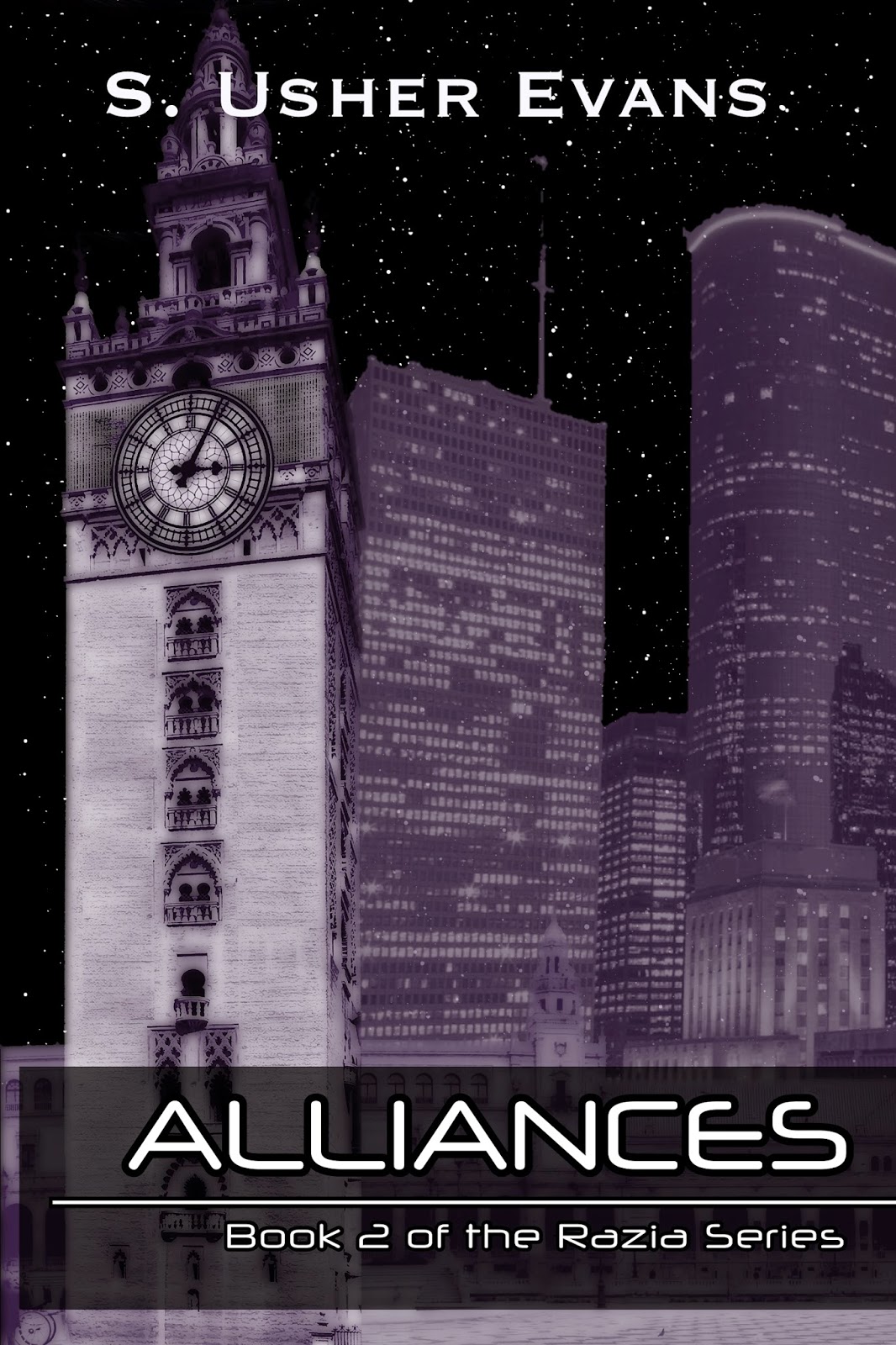 *Waves* Hi there, I'm S. Usher Evans, author of the Razia series, here promoting my new book Alliances, the second book in the Razia series. It’s available for purchase on Amazon Kindle. Book 1, Double Life, is out and is abso-toot-ly free. (Obvs, you should read that first…)

But before you do, stick around for my author interview:

If you're a fan of Joss Whedon, specifically Firefly (my new favorite show) or Buffy, you'll totally dig this series.

Your main character is stuck on an island - What 3 things do they bring?

Lyssa's day job is as a Deep Space Explorer. She discovers new planets, spending about a week on them to analyze their chemical makeup to sell it for money. She's also a bit of a misanthrope, so being stuck on an island would be the best possible place for her and everyone else in the universe. She'd bring her running clothes, her water sensor, and a DSE-approved trap to capture and kill animals.

How long do they survive?

When she was eighteen, Lyssa had to spend half a semester alone on a planet with none of these things (she thought her pirate mentor was going to come get her). So she'd survive a long time.

Lizbeth is halfway back to the nearest space station.

Be completely honest: how much of your main character is really you?

Lyssa is absolutely based on me, but a more extreme version of me. She and I share a healthy distrust of people (although I tend to distrust people with a smile), and a lot of her big discoveries are ones I've made about myself along with her. But she's also a hell of a lot more stubborn than I am - which is saying something.

Lizbeth is inspired by my best friend, but she has some of my traits too. Specifically, her frustration in working in a dead-end job where she's trying to get something done and everyone else isn't.

Also be honest - how much of your villain is based on a real person?

I don't consider the villains in my book to be the dudes causing the problems. The villain in the Razia series is Razia herself, and that person is definitely me. She's self-defeating for so much of the series, sabotaging herself through her inability to accept help.


How do you relax?

What is this word, relax?

No, but when I has the dumb, and can no longer do what I need to do, it usually means that I'm binging on Family Guy or some similar cartoon on Netflix.


How do you market your book?

I use dual pronged approach - online and in person. For my online strategy, I utilize a build-relationships-first mentality, supporting other indie authors ("a rising tide lifts all boats," if you will). I do tend to post 1-2 ads a day for an active book (down to 1 a week for less active books), but also focus on posting content related to my book, including my blog content. And of course, sharing content from others that is interesting to me.

In person, I go to a lot of comic book conventions. Like 1-2 a month (last October, I did 3 in 4 weeks). I'm an introvert, but I'm actually pretty chipper and can sell a lot of books in person. And, of course, as that audience grows, I'll share it with my other indie authors.

What social media works best for you from a marketing standpoint?

Speaking primarily about return on investments, Twitter has been the best for locating new fans that turn into book sales. Goodreads Giveaways are the best for growing presence, and most of the contest winners have posted a review.

What's your opinion on bad reviews?

1-2 star reviews happen, but this is generally my standpoint 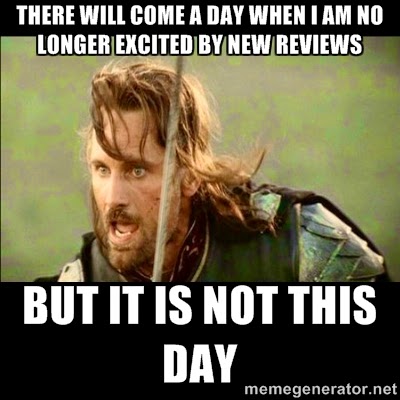 What do you know now that you wish you knew when you started writing?

I'd like to say that I wish I hadn't given up on it when I went to college, but if I hadn't learned all of the business stuff I learned as a consultant, I never would have been able to set up a company, and know how to make it successful.

So I'd probably say that you have to do a double -- to do a dash in books. It's a small thing but now it bugs me in my work.

Be sure to keep up with S. Usher Evans @