Guest Post by DK MOK: What makes a good hero/heroine? 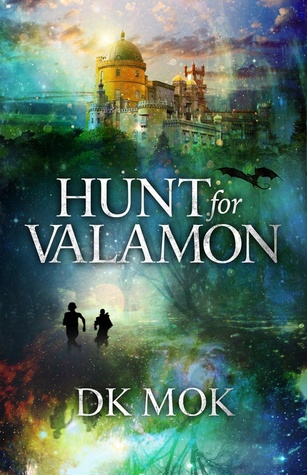 "When Crown Prince Valamon is impossibly taken from the heart of Algaris Castle, the only clue as to motive or culprit is the use of unknown sorcery.

Reclusive cleric Seris is happily tending to his book-infested temple until he finds himself drafted--for political reasons--to the rescue mission. His sole companion on the journey is Elhan, a cheerfully disturbed vagrant girl with terrifying combat skills and her own enigmatic reasons for seeking the prince.

Venturing into the wild, unconquered lands, Seris has no fighting prowess, no survival skills, and no charisma, as Elhan keeps pointing out. Armed only with a stubborn streak and creative diplomacy, he must find a way to survive outlaw towns and incendiary masquerades, all without breaking his vow to do no harm.

Chasing rumours of rebel camps and rising warlords, dangerous curses and the return of the vanished sorcerers, Seris and Elhan soon discover a web of treachery and long-buried secrets that go far beyond a kidnapped prince."

What makes a good hero/heroine?

My favourite characters tend to be the ones who leave an impact on me, who become friends and mentors, and who — through their struggles — teach me something I didn’t realise I needed I know. Although every story demands a different kind of protagonist, there are several features common to all the characters I enjoy reading most.

Nuance: The most interesting characters are often faceted and layered, the product of their histories as well as their innate tendencies. They’re textured and believable, a complicated stew of qualities and flaws. In Terry Pratchett’s Discworld novels, Sam Vimes is, at various times, a drunkard, a disgraced watchman, a champion of justice, a devoted husband, an unexpected diplomat, and one of the best damned heroes I’ve ever seen.

Yearning: Characters who want something, who need something, hook my interest every time. What someone wants reveals a great deal about them and creates an immediate sense of stakes: there’s something to gain, something to lose. Whether it’s Frodo’s desire to save Middle Earth from devastating evil in Tolkien’s The Lord of the Rings, or Arthur Dent’s desire to have a cup of tea and for everything to Just Stop in Douglas Adams’ The Hitchhiker’s Guide to the Galaxy.

Agency: A sense of agency, of having power over one’s own situation and destiny, is essential for most great protagonists. I enjoy a good prophecy as much as the next person, but I need to feel that my heroes are active in shaping their fates, that they’re not simply pawns of destiny or passive victims of circumstance. In Robin McKinley’s The Hero and the Crown, Aerin rejects the path laid out for her by others, and follows her heart, her conscience and her pride, for better or for worse, and leads a life uniquely her own. I believe that every action by every person subtly changes the course of the world, and this right, this responsibility, is deeply precious.

Persistence: This is one of the qualities I admire most in a character. By persistence, I don’t mean pig-headedness or a refusal to respect a restraining order. I mean a willingness to try and fail and try again. To put one’s heart on the line and learn from one’s mistakes. I love resilient characters who get up every time they’re knocked down, who rebuild themselves every time their world is shattered. Characters like Sarah Connor from Terminator 2, Captain Picard from Star Trek: The Next Generation, or Nausicaä from Nausicaä of the Valley of the Wind. Characters like these give rise to phrases like “the indomitable human spirit”, and their stories lend us strength in our darkest moments.

I try to imbue all my protagonists, and a fair few of my antagonists, with these characteristics. In Hunt for Valamon, the main character, Seris, is a healer devoted to his patients and foster family, even though he prefers the company of books to people. However, he’s also resourceful, stubborn and creative, and when Prince Valamon is mysteriously abducted, and the empire lurches to the brink of war, Seris is determined to uncover the truth.

Ultimately, the best protagonists are the ones who draw you in, who pull you down the winding paths of the story and leave you, in the end, feeling that they were the best possible guide along a worthwhile journey.

DK Mok is a fantasy and science fiction author whose novels include Hunt for Valamon and The Other Tree, published by Spence City. DK's short story ‘Morning Star’ (One Small Step, FableCroft Publishing) was shortlisted for an Aurealis Award and a Washington Science Fiction Association Small Press Award.

DK grew up in libraries, immersed in lost cities and fantastic worlds populated by quirky bandits and giant squid. She graduated from UNSW with a degree in Psychology, pursuing her interest in both social justice and scientist humour.

She’s fond of cephalopods, androids, global politics, rugged horizons, science and technology podcasts, and she wishes someone would build a labyrinthine library garden so she could hang out there. DK lives in Sydney, Australia, and her favourite fossil deposit is the Burgess Shale.