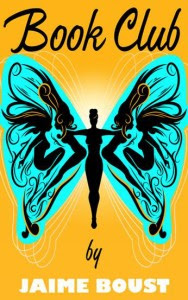 They meet once a month, updating their dream boards guided by the self-help book du jour, but nothing ever changes. Until Marissa’s mysterious sister arrives and shakes the women into action.

What will it take to make their dreams a reality? The disappearance of People Magazine’s Sexiest Man Alive, mass abandonment of smart phones, Korean nacho dogs, and some good old fashioned sex.

Book Club is smart, sexy, and endlessly entertaining. A delicious, thought-provoking romp from start to finish. Make it your top book club pick for 2015!

We sat in her leather-bound great room spreading herbed chèvre onto discs of watermelon radishes, feeling proud of ourselves for having selected a classic of English Literature that still managed to incorporate a great deal of sex. It was gratifying to be able to toss out sophisticated literary references to our lesser-read friends, and we were happy for Connie (Lady Chatterley) to have finally started living in her body once again.
But we were distracted in our discussion by a new presence, who sprawled herself on Marissa’s ice plant velvet chaise smoking marijuana from a vaporizer and listening to every word we spoke in silence. This was Hope, Marissa’s younger sister, whose life was often recounted by Marissa in a half-proud, half-cynical way. She was the baby, the black sheep, the fuck-up, the zeitgeist of modernity. She wrote poetry on the sidewalk and made experimental films in which she appeared naked and spray-painted silver. She was always in Berlin for a month or partying with Jay Z, busy designing a pop-up gallery, or eating at an underground restaurant. She was sleeping with a dancer, a doorman, and a Habsburg Prince.
Hope had arrived the day before in a mist of unanswered questions filtered from Marissa through Ashleigh to me. Something had happened in New York to make her come here, and her presence in the room was like an ornately filigreed blade. Any genetic kinks that revealed themselves through Marissa’s angular face had been worked out by the time Hope came along. Her looks were striking in the way a crow’s feathers shine blue in the sun. She wore a long curtain of black hair, dyed darker than her natural brunette, which cast her urban untanned skin as a mask of porcelain with piercing cobalt eyes. Something in her presence startled me, but whether it was her face or her scrutinizing silence I wasn’t sure. All the time I stood reading from the selected passage, and all the time afterward that I sat sipping Pinot Gris, professing my respect for Lady Chatterley for taking charge of her life, Hope watched me, watched all of us, as she drew luxurious vapor breaths from her slim gold apparatus.
She was thirty-six, one year younger than I was. 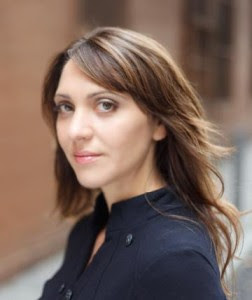 Jaime Boust is a writer whose work ranges from literotica to anonymously submitted business plans to her favorite failing local retailers. Her fiction includesBook Club, Conquest by her alter ego Steam Bijou, and the forthcoming serial Night Life--a series about a thirty-something mother who, disillusioned by the monotony of motherhood, starts a high-end prostitution ring.

Jaime received her formal education at the University of California at San Diego and her informal education on the streets of London, the hills of San Francisco, the sewers of Paris, and the suburban wilds of Oakland. These days you'll find her dodging traffic in Los Angeles with her husband and two kids. Many things have been said of her: idea machine, portmanteau enthusiast, cutthroat croquet player, national champion cheerleader, world's spiciest cook. Believe them all.

May 5 - The Phantom Paragrapher – Review