Giveaway: The Centurions and The Histories 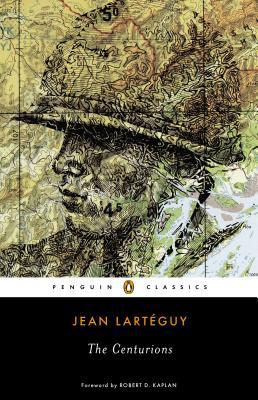 The subject of counterinsurgency is as relevant today as it was when Jean Lartéguy first published THE CENTURIONS (Penguin Classics; On-sale May 19, 2015; $18.00; ; transl. Xan Fielding) in 1960, hugely successful in his native France and still a military cult classic. As military and foreign policy expert Robert D. Kaplan writes in his foreword, this story about French paratroopers in Vietnam and Algeria in the 1950s has been used within the military to exemplify small-unit leadership principles, and is credited by David Petraeus, Stanley McChrystal, and the Green Berets. Penguin Classics is thrilled to put this book back in print.

Over the course of the 20th century, conventional modern warfare—that precise theatrical art cultivated by Napoleon—was supplanted by irregular fighting, guerrilla tactics, and counterinsurgency. No fictional account better depicts this historical shift and the ethical dilemmas it entailed than Lartéguy’s searing military classic THE CENTURIONS. The novel, informed by Lartéguy’s own experiences as a soldier and journalist, follows a band of French paratroopers taken prisoners of war in Vietnam, who then return home only to find themselves alienated from the citizens they were fighting a strange and perilous war to protect.

These men developed a loyal fraternity which only intensified the psychological divide between their own warrior class and civilians, and even the rest of the military bureaucracy. Finding themselves newly discomforted by a civilian life, they return to the fray—this time to a turbulent Algeria. Once there, they become embroiled in a dirty war that blurs the lines of civil and military life, struggling with the moral ambiguity and anguish of how to fight when “the age of heroics is over.”

THE CENTURIONS is a gripping military adventure, an extended symposium on waging war in a new global order, and an essential investigation of the ethics of counterinsurgency. Featuring a foreword by renowned military expert Robert D. Kaplan, this important wartime novel will again spark debate about controversial tactics in hot spots around the world.

About the Author:
Jean Lartéguy (1920-2011) is the penname of Jean Pierre Lucien Osty, who served as a soldier in Korea and North Africa before becoming a distinguished journalist and novelist.

Alexander (Xan) Wallace Fielding (1918-1991) served as a Special Operations Executive in the British Army in Crete, France, and Egypt. The author of several books, he also translated French works, including Pierre Boulle’s The Bridge over the River Kwai and Planet of the Apes.

Robert D. Kaplan is the author of many acclaimed books on the military, foreign affairs, and travel, including Balkan Ghosts, The Revenge of Geography, and Imperial Grunts. 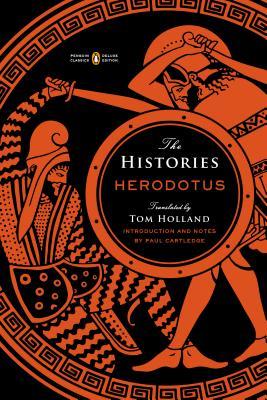 Praise for THE HISTORIES

“Unquestionably the best English translation of Herodotus to have appeared in the past half-century…I am in awe of Tom Holland’s achievement, and have no doubt it will bear rich fruit in bringing Herodotus to public attention.”
—Edith Hall, Times Literary Supplement

“Holland’s book is a performance of its own, full of gusto and flair, and in that way it beats its predecessors: this is Herodotus the pubman, taking your elbow to tell you stories about the dastardly yet fascinating tyrants of the Near East and the miraculous fables attending them.”
—Quarterly Conversation


Much of what we understand about the ancient world is due to one man—Herodotus of Halicarnassus. His iconic work, THE HISTORIES, effectively marks the invention of nonfiction as a genre. THE HISTORIES (Penguin Classics; on-sale May 19, 2015; 9780143107545; $23.00) finds new life in a wonderfully modern translation by the award-winning writer and historian Tom Holland.

Herodotus, hailed by Cicero as “the Father of History,” composed his histories around 440 BC.  Inspired by the Homeric oral tradition, Herodotus combined a thrilling mixture of elements to tell the epic narrative account of the war between the Persian Empire and the Greek city-states in the fifth century BC. Larger-than-life personages like Cyrus, Xerxes, Darius, and Leonidas stand tall through landmark events that ensured the development of Western culture and still capture our modern imagination, including the odds-defying victory at Marathon, the heroic stand at Thermoplyae, and the naval triumph at Salamis. Through factual evidence, traditional stories and legends, and fantastical elements, Herodotus pioneered a new way to document the past and present of the world around him.

Holland deftly preserves the beauty of Herodotus’s use of language even as he brings a modern sensibility to an ancient work. Hailed by The Economist as “lively” and “engaging,” Holland’s translation highlights how curious,
quirky, and funny Herodotus was. Beautifully packaged with a comprehensive array of tools to guide first-time readers and experts alike, this translation of THE HISTORIES makes Herodotus accessible to a whole new generation of twenty-first century readers.

Penguin Classics’ edition includes thirteen maps, a glossary of significant persons and places, and a supplementary index to deepen the reading experience. Professor Paul Cartledge provides a brilliant introduction and notes on the text. THE HISTORIES is a fascinating sourcebook for the ancient world that remains vividly contemporary in its appreciation of cultural difference and its explorations of power, tyranny, fate, love, revenge, and the transience of the human condition.

About the Authors
Few facts are known about the life of HERODOTUS. He was born around 490 BC in Halicarnassus, on the south-west coast of Asia Minor. He seems to have traveled widely throughout the Mediterranean world, including Egypt and Africa, and throughout many Greek city-states. He probably died at some time between 415 and 410 BC. His reputation has varied greatly over the centuries, but few would deny him the title awarded him by Cicero:  “the Father of History.”

Tom Holland is the author of Rubicon: The Last Years of the Roman Republic, which won the Hessell-Tiltman Prize for History and was short-listed for the Samuel Johnson Prize. Persian Fire, a history of the Greco-Persian wars, won the Anglo-Hellenic League’s Runciman Award in 2006. His most recent book, In the Shadow of the Sword, describes the collapse of Roman and Persian power in the Near East and the emergence of Islam.

Paul Cartledge is A.G. Leventis Professor of Greek Culture at the University of Cambridge. His numerous books include Sparta and Lakonia: A Regional History 1300-362 bc and The Greeks: A Portrait of Self and Others. He is an Honorary Citizen of Sparta and holds the Gold Cross of the Order of Honour conferred by the president of the Hellenic Republic.

Giveaway is open to US addresses only. You must be at least 13 years old to enter. Please read entire giveaway policy before entering.

a Rafflecopter giveaway
giveaway The Centurions The Historians