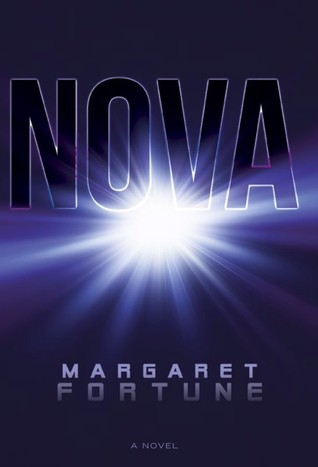 *36:00:00*The clock activates so suddenly in my mind, my head involuntarily jerks a bit to the side. The fog vanishes, dissipated in an instant as though it never was. Memories come slotting into place, their edges sharp enough to leave furrows, and suddenly I know. I know exactly who I am.My name is Lia Johansen, and I was named for a prisoner of war. She lived in the Tiersten Internment Colony for two years, and when they negotiated the return of the prisoners, I was given her memories and sent back in her place.And I am a genetically engineered human bomb.Lia Johansen was created for only one purpose: to slip onto the strategically placed New Sol Space Station and explode. But her mission goes to hell when her clock malfunctions, freezing her countdown with just two minutes to go. With no Plan B, no memories of her past, and no identity besides a name stolen from a dead POW, Lia has no idea what to do next. Her life gets even more complicated when she meets Michael Sorenson, the real Lia’s childhood best friend.Drawn to Michael and his family against her better judgment, Lia starts learning what it means to live and love, and to be human. It is only when her countdown clock begins sporadically losing time that she realizes even duds can still blow up. If she wants any chance at a future, she must find a way to unlock the secrets of her past and stop her clock. But as Lia digs into her origins, she begins to suspect there’s far more to her mission and to this war, than meets the eye. With the fate of not just a space station but an entire empire hanging in the balance, Lia races to find the truth before her time—literally—runs out.
ABOUT MARGARET FORTUNE
Margaret Fortune began writing in the first grade. Her story titled "The Numbers' Birthday Party" got the attention of everyone in her elementary school. She began writing seriously after she graduated college in 2003. Fortune has written numerous short stories that have appeared in Nth Degree, Neo-Opsis Science Fiction Magazine, and Space and Time. Her short story Breaking Bread won the Tillie Olsen Women's Studies Award in 2007. She is an avid reader on YA, science fiction, romance, and historical fiction. Nova is her first novel. You can find more information about Margaret at her website, http://margaretfortune.wordpress.com/about/

Thanks to Penguin Random House, I have a copy giveaway to a lucky reader. You must be at least 13 years old to enter. The giveaway is open to US addresses only. Sorry no p.o. boxes. Please read entire giveaway policy before entering.