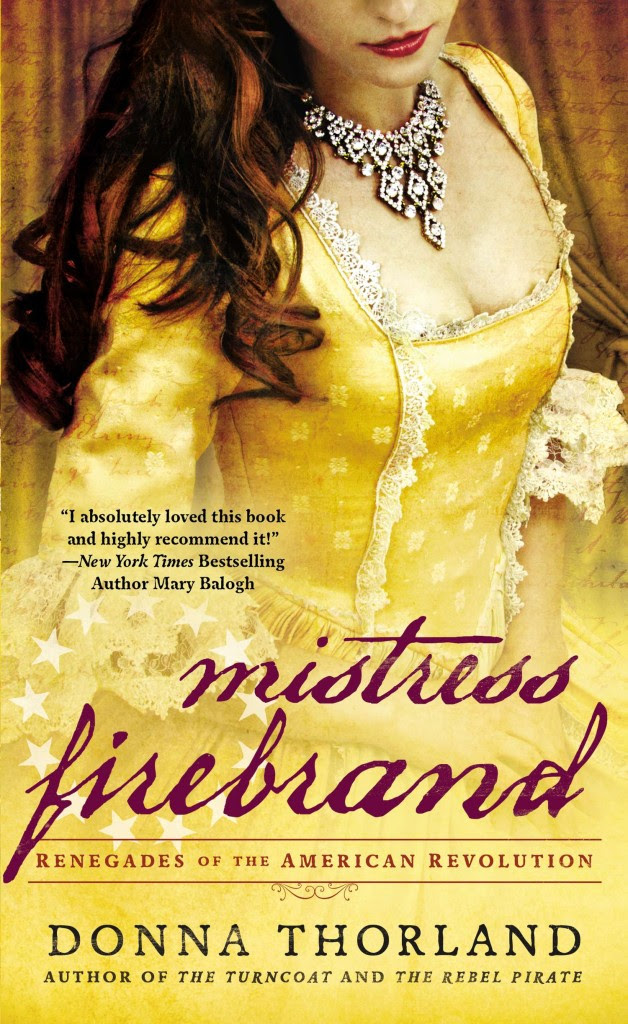 Theater During the American Revolution by Donna Thorland

“The Fair Penitent,” he said, “is perhaps not the most politic choice in New York at the moment. Talk of tyrants tends to be divisive. Americans are ready to see one in any man who disagrees with them.”
“I might just have to use that line in one of my plays. Are you a regular theatergoer, Mr. Devere?”
“Yes,” he said. “It is one of the consolations of urban life. A beguiling contradiction: that a narrow wooden box can open on a myriad of wide vistas, tonight Arcadia, tomorrow Rome.”
“Denmark on Wednesdays, when Bobby is in the mood to soliloquize,” she replied. “Rome, alas, is contested territory. The Whigs cry ‘Cassius from bondage will deliver Cassius,’ and the Sons of Liberty sign their letters to the Gazette ‘Brutus’ while the Tories ‘Cry havoc and let slip the dogs of war.’”
“And whose part do you take?”
“If the Rebels have their way, I will be forced to play Cleopatra, and turn to Rome to keep my throne. Congress has banned the theater here. There is no future for a playwright in America. I need a patron with influence in London.”

Mistress Firebrand is set in the world of the New York stage in the 1770s. The theater is barely mentioned in most histories of the American Revolution, but when you look closely at the participants, so many of them, particularly on the British side, had one foot in the world of the playhouse. Burgoyne wrote for Drury Lane. After the war, British cavalry officer Banastre Tarleton would become the lover of London actress, novelist, and early feminist Mary Robinson. Robert Rogers, who is currently enjoying some notoriety on television as a villain in AMC’s TURN wrote a play about Pontiac’s Rebellion. People on both sides of the Atlantic from all walks of life frequented the playhouse. Trying to paint a picture of the Revolution without the theater is like trying to explain the 20th century without the cinema. 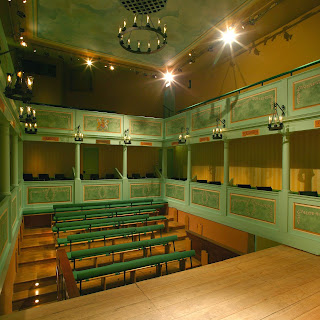 Most histories of the Revolution that mention the theater at all refer to Congress closing the playhouses. A few talk about British theatrical productions in New York and Philadelphia and Washington’s fondness for camp theatricals at Valley Forge. It was Congress’ ban that struck me as interesting, because no one bans something that isn’t happening…a lot. An outpouring of great scholarship in the last fifteen years made it possible for me to research just how much theatrical activity was taking place in colonial America—and how politicized that stage had become. During the Stamp Act riots in the 1760s, a mob actually tore down New York’s Chapel Street theater. It’s successor, the John Street, which appears in Mistress Firebrand, was fortunately a sturdier affair and survived to the end of the century. 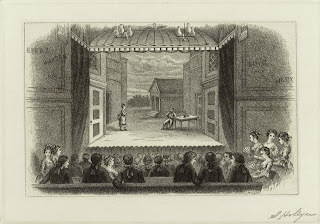 In order to bring that playhouse to life in the book, I looked at primary sources, including drawings and descriptions of the theater, but these didn’t offer enough detail to paint a vivid picture. The exterior, though, is well described, and typical of provincial British playhouses of the era, so I looked to the best-preserved example, the Georgian Theater Royal in Richmond, for a model. This richly decorated interior gives you some sense of the glamour of the theater in this period, even in small regional houses, and a taste of the world in which the fictional Jenny and her historical counterparts moved.
http://www.georgiantheatreroyal.co.uk 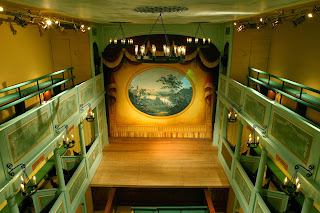 British Occupied Manhattan, 1777. American actress Jenny Leighton has been packing the John Street Theater with her witty comedies, but she longs to escape the provincial circuit for the glamour of the London stage. When the playwright General John Burgoyne visits the city, fresh from a recent success in the capitol, she seizes the opportunity to court his patronage. But her plan is foiled by British intelligence officer Severin Devere.

Severin’s mission is to keep the pleasure-loving general focused on the war effort…and away from pretty young actresses. But the tables are turned when Severin himself can’t resist Jenny Leighton…

Months later, Jenny has abandoned her dreams of stage glory and begun writing seditious plays for the Rebels under the pen name “Cornelia,” ridiculing “Gentleman Johnny” Burgoyne and his army—and undermining the crown’s campaign to take Albany. With Jenny’s name now on the hanging list, Severin is ordered to find her—and deliver her to certain death. Soon, the two are launched on a desperate journey through the wilderness, toward an uncertain future shaped by the revolution—and their passion for each other… 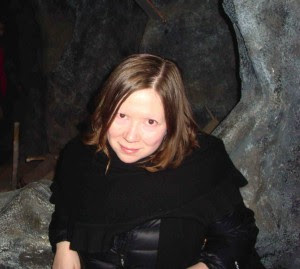 A native of Bergenfield, New Jersey, Donna graduated from Yale with a degree in Classics and Art History. For many years she managed architecture and interpretation at the Peabody Essex Museum in Salem, and wrote and directed the Witch City’s most popular Halloween theater festival, Eerie Events. She later earned an MFA in film production from the USC School of Cinematic Arts. Donna has been a sorority house mother, a Disney/ABC Television Writing Fellow, a WGA Writer’s Access Project Honoree, and a writer on the ABC primetime drama, Cupid. Her screenwriting credits include episodes of the animated series, Tron: Uprising. Her short fiction has appeared in Alfred Hitchcock’s Mystery Magazine and Albedo One. The director of several award-winning short films, her most recent project, The Night Caller, aired on WNET Channel 13 and was featured on Ain’t It Cool News. Currently she is a writer on the WGN drama SALEM. She is married with one cat and divides her time between the real Salem and Los Angeles.

– Must be 18 or older to enter.
– Giveaway is open internationally.
– Only one entry per household.
– All giveaway entrants agree to be honest and not cheat the systems; any suspect of fraud is decided upon by blog/site owner and the sponsor, and entrants may be disqualified at our discretion.

Monday, April 6
Excerpt at What Is That Book About
Excerpt & Giveaway at Peeking Between the Pages

Sunday, April 12
Review at With Her Nose Stuck in a Book

Monday, April 13
Spotlight, Excerpt, & Giveaway at Passages to the Past

Friday, April 17
Spotlight at I'd So Rather Be Reading

Saturday, April 18
Excerpt & Giveaway at A Dream Within a Dream

Thursday, April 23
Spotlight & Giveaway at So Many Precious Books, So Little Time

Friday, April 24
Review at Back Porchervations

Sunday, May 3
Review at Forever Ashley

Monday, May 4
Review at A Chick Who Reads
Guest Post & Giveaway at To Read, or Not to Read

Tuesday, May 5
Excerpt at CelticLady's Reviews

Wednesday, May 6
Review at Unabridged Chick

Thursday, May 7
Spotlight at A Literary Vacation

Friday, May 8
Interview at Scandalous Woman