The Great Estate: Excerpt and Giveaway 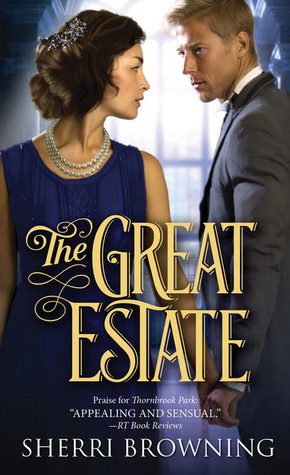 Pulled apart by past mistakes. Driven by a passion neither could deny.

Sophia Thorne was young and inexperienced when she married the dashing Earl of Averford…and through dark and troubled times, their relationship nearly came to an end. Now she’s determined to transform herself into the fiery, ardent lover she always wanted to be, giving them a second chance at love… before they’re lost to each other forever.

It took nearly losing Sophia for Gabriel to realize he had allowed his love for his great estate to distract him from his beautiful wife. But that time is over. Despite all the obstacles standing in their way, Gabriel vows to teach Sophia what it is to truly love…and to be loved by a husband devoted heart and soul to her every desire.

Sherri Browning writes historical and contemporary romance fiction, sometimes with a paranormal twist. She is the author of critically acclaimed classic mash-ups Jane Slayre and Grave Expectations. A graduate of Mount Holyoke College, Sherri has lived in western Massachusetts and Greater Detroit Michigan, but is now settled with her family in Simsbury, Connecticut. Find her online at www.sherribrowningerwin.com.

Breathless, she broke the kiss and leaned against him, her head resting on his solid chest where she could feel the rapid beating of his heart. “Gabriel.”

“Sophia.” He stroked her hair. “My beautiful wife.”
“You didn’t go shooting after all. You were waiting to surprise me.” She looked up at him.
“Why would I go shooting when you were on your way back to me? I mean to stay here with you where I belong. If you’ll have me. I understand you’ve become quite possessive of the place.”
She drew back from him. “Where did you hear such a thing?”
“From Kenner. And Mr. Grant. I know all about what you’ve been up to while I’ve been gone.”
“All? They gave me up so easily?” Her most loyal servants, or so she’d thought.
“With their jobs on the line? Of course they did. They told me everything. I’m impressed, really. I never thought you had it in you, Sophia.”
“You threatened them?” No, he didn’t think she had it in her, did he? And that was at the heart of their problems, not so easily solved with his return after all. “Never? You never believed me capable of running your precious estate? Vapid, beautiful Sophia. She looks good on my arm, but I wouldn’t trust her to function without guidance.”
“It’s not a fault of yours, darling. Women aren’t created to deal with business affairs.” His fingers curled on her shoulder. She yanked away, arms crossed. “You should have better things to think about, and now that I’m home...”
“Now that you’re home, I don’t have to worry my pretty head? Typical male misconceptions. What are women made for? Your pleasure? Bearing your young?” She turned away to conceal the tears hovering on the brink, the pain of their loss still too raw. “I’ve found great enjoyment in business affairs. You’ve never believed in me, Gabriel. Have you ever really known me at all?” 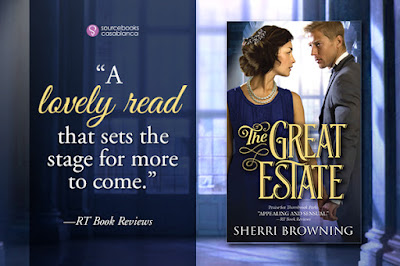