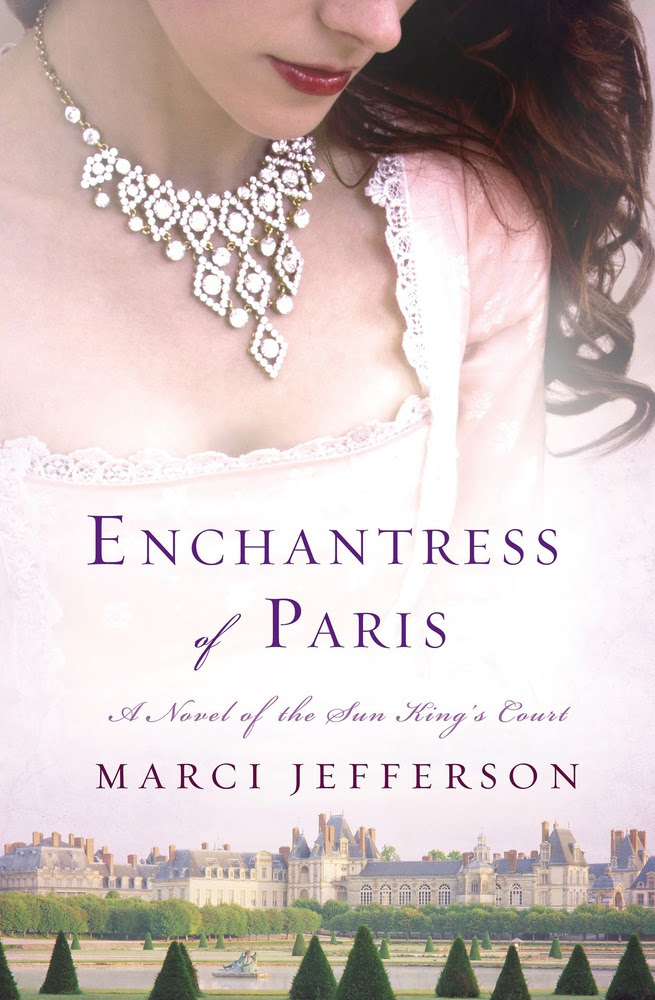 Enchantress of Paris: A Novel of the Sun King's Court
by Marci Jefferson

Fraught with conspiracy and passion, the Sun King's opulent court is brought to vivid life in this captivating tale about a woman whose love was more powerful than magic.

The alignment of the stars at Marie Mancini's birth warned that although she would be gifted at divination, she was destined to disgrace her family. Ignoring the dark warnings of his sister and astrologers, Cardinal Mazarin brings his niece to the French court, where the forbidden occult arts thrive in secret. In France, Marie learns her uncle has become the power behind the throne by using her sister Olympia to hold the Sun King, Louis XIV, in thrall.

Desperate to avoid her mother's dying wish that she spend her life in a convent, Marie burns her grimoire, trading Italian superstitions for polite sophistication. But as her star rises, King Louis becomes enchanted by Marie's charm. Sensing a chance to grasp even greater glory, Cardinal Mazarin pits the sisters against each other, showering Marie with diamonds and silks in exchange for bending King Louis to his will.

Disgusted by Mazarin's ruthlessness, Marie rebels. She sacrifices everything, but exposing Mazarin's deepest secret threatens to tear France apart. When even King Louis's love fails to protect Marie, she must summon her forbidden powers of divination to shield her family, protect France, and help the Sun King fulfill his destiny.

“Told with vivid historical detail and packed with court intrigue, this is sure to please fans of royal fiction.” — Library Journal 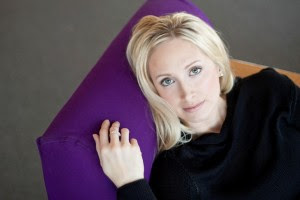 Years after graduating from Virginia Commonwealth University, immersing herself in a Quality Assurance nursing career, and then having children, Marci realized she’d neglected her passion for history and writing. She began traveling, writing along the way, delving into various bits of history that caught her fancy. The plot for GIRL ON THE GOLDEN COIN evolved slowly after a trip to London, where she first learned about the Stuart royals. Marci is a member of the Historical Novel Society. She resides in the Midwest with her husband, making hair-bows for their daughter, trying not to step on their son’s Legos, and teaching a tiny Pacific Parrotlet to talk.

Tuesday, August 11
A Chick Who Reads
To Read, Or Not to Read

Wednesday, August 12
A Literary Vacation
So Many Books, So Little Time

To enter to win a signed copy of Enchantress of Paris: A Novel of the Sun King's Court, please enter via the GLEAM form below.

– Giveaway ends at 11:59pm EST on August 18th. You must be 18 or older to enter.
– Giveaway is open internationally.
– Only one entry per household.
– All giveaway entrants agree to be honest and not cheat the systems; any suspect of fraud is decided upon by blog/site owner and the sponsor, and entrants may be disqualified at our discretion
– Winner has 48 hours to claim prize or new winner is chosen.