Showing posts from September, 2015
Show all

Giveaway: THE ART OF LANGUAGE INVENTION 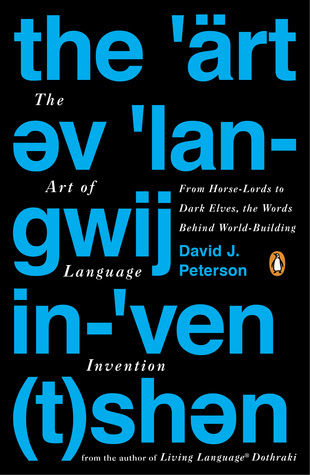 ABOUT  THE ART OF LANGUAGE INVENTION : In  THE ART OF LANGUAGE INVENTION , master language creator  David J. Peterson  lays out a creative, highly accessible guide to language construction for science-fiction and fantasy fans, writers, game creators, and language lovers. Peterson begins with a brief history of constructed languages—also known as conlangs—from J.R.R. Tolkien’s Quenya and Sindarin to  Star Trek ’s Klingon to the thriving global community of language construction. Then, using examples from a variety of languages including his own conlangs, Peterson offers a captivating and lucid overview of language creation, providing a basic foundation of essential linguistic tools for inventing and evolving one’s own lexicon. Along the way, behind-the-scenes stories lift the curtain on how he built languages for television series and movies like Dothraki and High Valyrian for HBO’s  Game of Thrones  and Shiväisith for Marvel’s  Thor: The Dark World , and an included phra
3 comments
Read more

Bite me off a piece of that...COVER REVEAL Angel of Redemption by J.A. Little ...sure wish I saw this on my Tinder Seasoned social worker Kayla Brooks has dealt with her fair share of difficult situations, but nothing could have prepared her for the likes of Dean Wyatt, head of Wyatt House Group Home for Boys. When a case unexpectedly brings Kayla to his door in the middle of the night, sparks fly. With a piercing gaze and heavily inked skin, Dean looks like a walking wet dream. Until he turns out to be an asshole. Dean Wyatt has always kept those around him at arm’s length. Secrets lurk beneath his tattoos—a traumatic past known to very few. Forced to work together in order to help two vulnerable boys, Kayla slowly penetrates Dean’s tough exterior. Along the way the two discover something they've each been missing—but only time will tell if they can overcome the painful past that’s kept anyone from bringing true happiness into Dean’s world. This book contains adu
Post a Comment
Read more 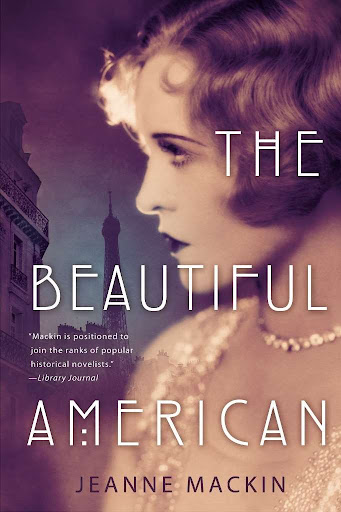 The Beautiful American by Jeanne Mackin Publication Date: June 3, 2014 NAL/Penguin Group Formats: eBook, Paperback, Audio 352 Pages Genre: Historical Fiction As recovery from World War II begins, expat American Nora Tours travels from her home in southern France to London in search of her missing sixteen-year-old daughter. There, she unexpectedly meets up with an old acquaintance, famous model-turned-photographer Lee Miller. Neither has emerged from the war unscathed. Nora is racked with the fear that her efforts to survive under the Vichy regime may have cost her daughter's life. Lee suffers from what she witnessed as a war correspondent photographing the liberation of the Nazi concentration camps. Nora and Lee knew each other in the heady days of late 1920's Paris, when Nora was giddy with love for her childhood sweetheart, Lee became the celebrated mistress of the artist Man Ray, and Lee's magnetic beauty drew them all into the glamorous liv
1 comment
Read more

Feature and Giveaway: A Master Passion by Juliet Waldron 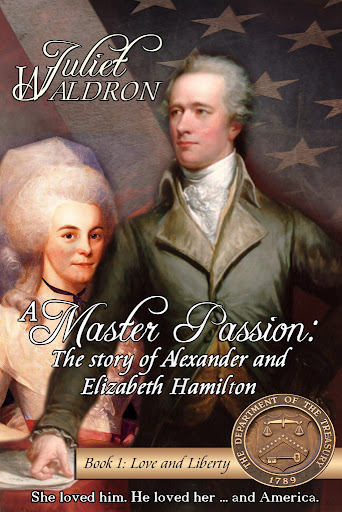 A Master Passion: The Story of Alexander and Elizabeth Hamilton: Book One: Love and Liberty by Juliet Waldron Publication Date: March 25, 2015 Books We Love eBook & Print; 428 Pages Genre: Historical Fiction THE MASTER PASSION is the story of the marriage of our brilliant first Secretary of the Treasury, Alexander Hamilton, and his courageous wife, Elizabeth Schuyler. It begins with a whirlwind Revolutionary War courtship at Washington’s headquarters. Conflict, however, is built into this marriage. Betsy's passion is Alexander. While Hamilton adores his wife and children, there are times when he loves America more. “...And hence one Master Passion in the breast Like Aaron's serpent, swallows up all the rest..." ~~Alexander Pope Guest Post Alexander Hamilton has been my hero since I was a ten year old, which means I’ve been imagining him for a long time. When I decided to finally write “his” book, I’d just finished a novel about Wolfgan
5 comments
Read more

The Case of the Washed-Up Warlock Cover Reveal 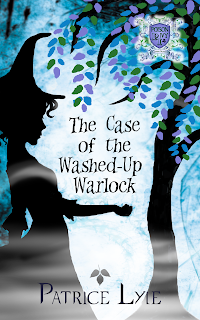 Title: The Case of the Washed-Up Warlock (Poison Ivy Charm School #2) Author:  Patrice Lyle Publisher: Leap Books Cover Reveal Posting Date: Sept 21, 2015 Release Date: October 5, 2015 Back-cover blurb When thirteen-year-old Tulip Bonnaire’s super-cute crush, Dexter, is threatened with expulsion from Poison Ivy Charm School, she can’t help but take the case. Someone has put a spell on Garrett’s Levitation skills and all the evidence, including the testimony of a sea hag stone, points to Dex. Tulip can’t imagine Poison Ivy without him, so she’s intent on proving his innocence. But that means delving into an old secret to find out who turned Garrett into a washed-up warlock. Goodreads Link Goodreads Giveaway Author Bio:   Patrice Lyle has never met a ghost story she didn’t like. She’s been fascinated with the paranormal since childhood. She attributes this fascination to having heard old family stories of ghostly wreaths, ESP, and money hidden in the
Post a Comment
Read more 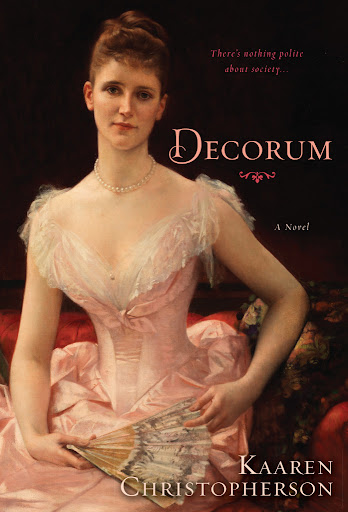 Decorum: A Novel by Kaaren Christopherson Publication Date: March 31, 2015 Kensington Publishing Corp. Foramts: eBook, Paperback, Audio Pages: 425 Genre: Historical Fiction/Romance Kaaren Christopherson's brilliantly observed novel captures the glamour and grit of one of the world's most dazzling cities during one of its most tumultuous eras--as seen through the eyes of a singularly captivating heroine... In 1890s New York, beautiful, wealthy Francesca Lund is an intriguing prospect for worthy suitors and fortune hunters alike. Recently orphaned, she copes by working with the poor in the city's settlement movement. But a young woman of means can't shun society for long, and Francesca's long-standing acquaintance with dashing Edmund Tracey eventually leads to engagement. Yet her sheltered upbringing doesn't blind her to the indiscretions of the well-to-do... Among the fashionable circle that gathers around her there are mistresses, sca
Post a Comment
Read more

Giveaway: THE MYSTERY OF THE LOST CÉZANNE 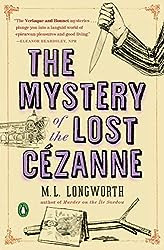 A Penguin Mystery Original; On-sale: September 15, 2015; $15.00; ISBN: 978-0-14-312807-6) The fifth entry in this acclaimed series finds Verlaque and Bonnet investigating a murder and the provenance of a mysterious painting   Like Donna Leon and Andrea Camilleri, M. L. Longworth’s enchanting mystery series blends clever whodunits with gustatory delights and the timeless appeal of Provence.  The Mystery of the Lost Cézanne  adds a new twist by immersing Antoine and Marine in a clever double narrative that costars Provence’s greatest artist. A friend in his cigar club asks Antoine to visit René Rouquet, a retired postal worker who has found a rolled-up canvas in his apartment. As the apartment once belonged to Cézanne, Rouquet is convinced he’s discovered a treasure. But when Antoine arrives at the apartment, he finds René dead, the canvas missing, and a mysterious art history professor standing over the body. When the painting is finally recovered, the mystery only deepens. The
5 comments
Read more 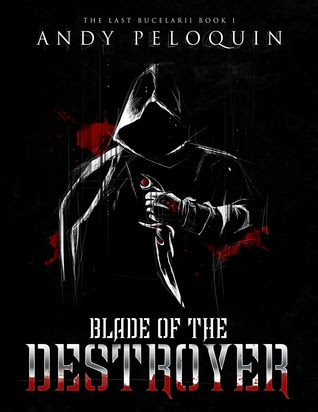 The Last Bucelarii (Book 1): Blade of the Destroyer The Hunter of Voramis is the perfect assassin: ruthless, unrelenting, immortal. Yet he is haunted by lost memories, bonded to a cursed dagger that feeds him power yet denies him peace of mind. Within him rages an unquenchable need for blood and death. When he accepts a contract to avenge the stolen innocence of a girl, the Hunter becomes the prey. The death of a seemingly random target sends him hurtling toward destruction, yet could his path also lead to the truth of his buried past? Reviews "Creative, gritty, and beautifully dark...fantasy addicts will love it!" -- Peter Story, author of Things Grak Hates -- http://peterjstory.com/ "The fantasy world has a compelling new antihero…the Hunter will terrify and captivate you." - Eve A Floriste , author of Fresh Cut "From the first words on the page this fantasy holds the reader spellbound even after the book is finished…his chara
Post a Comment
Read more
More posts