By Marcie - October 07, 2015
DEREK THE GHOST’S
TEN MOST SURPRISING WAYS TO SURVIVE A ZOMBIE APOCALYPSE

Hello folks! This is your favorite 11-year-old “ghost writer”, Derek the Ghost. If you’ve been reading my book series Scary School, you’ll know that the students are used to all sorts of horrors on a daily basis, from a dragon teacher that eats his students, to Archie the Giant Squid in the school moat, to an invasion by an army of karate monsters. But nothing compares to what they go through in the latest and final book in the series, Scary School #4: Zillions of Zombies.

Myself and all the students learned all the tricks of the trade to surviving a zombie apocalypse, so now I’d like to share some with you. For more info on zombies and all my books, feel free to visit ScarySchool.com or DerekTaylorKent.com. Happy reading! 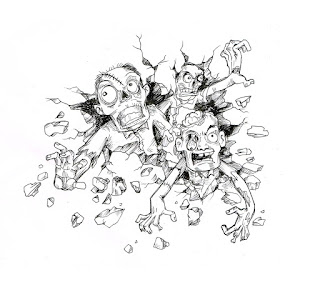 10. Walls never work as well as you think. Remember in World War Z when the zombies formed a huge pile of themselves to climb over the walls in Jerusalem? There are all sorts of ways to get over, under, and through walls that zombies are really good at. In Scary School #4, my sister Jacqueline builds a wall out of the wood from her haunted house. It lasts a while, but eventually the persistent zombies find a way through and we were in BIG trouble. Best to stay out in the open because if zombie’s bust through a wall, you’ll be trapped with no chance of escape!

9. Don’t ever trust a dead zombie. Have you ever seen a show where there’s a zombie corpse lying motionless on the ground. Then one of the characters starts dancing around it or kicking it for no good reason, only to have it come back to life and bite them on the leg? That’s literally a zombie’s favorite game to play. They play possum to draw you close then CHOMP. Assume all zombies are still alive and stay at least twenty to thirty feet away from the at all times. Remember, zombies don’t ever die. That’s their whole thing.

8. Don’t open window blinds. Ever seen a movie when people are locked up in a house. They start hearing pounding on the walls and windows. They open the blinds and hundreds of zombies are there! Moments later they break through the window and pour inside. Duh! They did that because they had confirmation you were in there when you opened the blinds, silly characters. If you had ignored them, they probably would have moved on to the next house.

7. Give ‘em a job! The reason zombies do nothing but wander around in search of brains is because they have nothing better to do. That’s because it’s very hard to get a job as a Zombie-American. Employers just don’t want to hire someone who might bite their co-workers, scare customers away, and can only say “braaaains.” That’s why Scary School takes pride in hiring zombies to be its wait staff in the lunch hall. The work keeps their minds focused and off of eating the students’ brains. Want to stave off a zombie apocalypse? Hire a zombie! 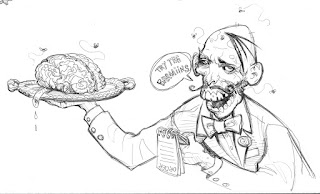 6. If You Can’t Beat ‘Em, Join ‘Em. It’s true that zombies get a lot of flack for being gross, decaying, evil, and dead. But many in the Scary School community deem that to be an unfair assessment. Most would point to Ramon Fernandez, one of the most popular kids at Scary School and gold-medalist in skateboarding, snowboarding and sky-surfing. Oh, and did I mentioned he’s a zombie kid? The fact that he’s already dead makes him fearless in all extreme sports, which gives him the edge he needs to become a champion. He would like everyone to know that there’s nothing wrong with being a zombie, though having friends around to help put you back together when your limbs fall off is helpful. Best way to survive a zombie might just be to become a zombie. It’s not for a everyone, but it’s a perfectly acceptable option. 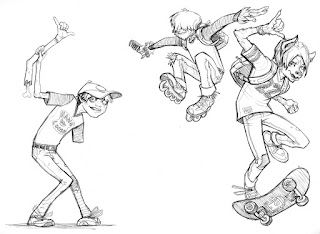 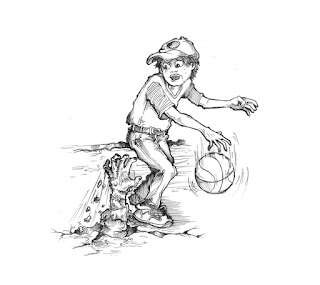 5. Play some one on one. It’s a lesser-known fact that zombies love basketball. Their zombie-ness makes them all “dead-on” shots and they will drain three-pointers on you all day if you give them an inch. If a zombie is chasing you, do your best to run to the nearest basketball court. Then challenge them to a game of one-on-one. Make a deal that if you win, they have to leave you alone. Note: I would only use this strategy if you are an NBA-level hoops star.

4. Tell them a joke. Zombies have great senses of humor. It’s a common misconception that they are always in a bad mood and starving for flesh and brains. I mean, who isn’t cranky when they’re hungry. Sometimes a funny joke is exactly what a zombie needs to snap him out of his hunger-crazed attack. For instance, one time a zombie had cornered me, so I said, “What’s a zombie’s favorite toy? A deady bear!” The zombie laughed so hard that his jaw fell off. With no jaw he couldn’t bite me and I was home free.

3. Walk the walk. Zombies are not the most observant monsters. The weird shuffling “zombie-walk” is the only way they can tell the difference between themselves and the living. Perfect your best zombie walk (arms out is optional) and you can easily blend in during a time of crisis. But be careful, one skip or smooth move and they’ll be on you like flies on rotting meat.

2. Watch Bruce Lee movies. Did you know that martial arts was originally created to fend off zombie attacks? It’s true! Watch karate master Bruce Lee and copy all of his kicks and punches. Use the deadly arts only in the worst case scenario when a zombie is about to bite you. Local ninja girl/Scary School student, Lattie, likes to bounce off their heads and deliver swift helicopter kicks whenever her or her friends are in trouble. Hi-ya! 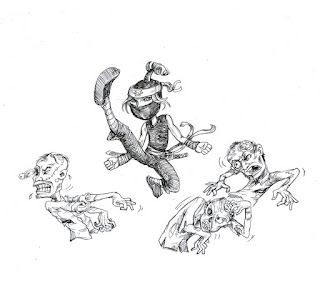 1. All they need is love. Like everyone else in the world, all a zombie really wants, even more than brains, is a little bit of love. Not to give anything away, but in Scary School #4, the zillions of zombies attacking can be traced back to one incident when a zombie was rejected at the school dance. Perhaps giving a zombie a kiss on the cheek is all that’s needed to turn them back to good? 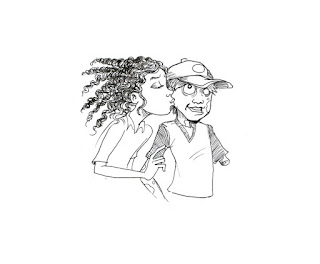