Girl Waits With A Gun Review and Giveaway 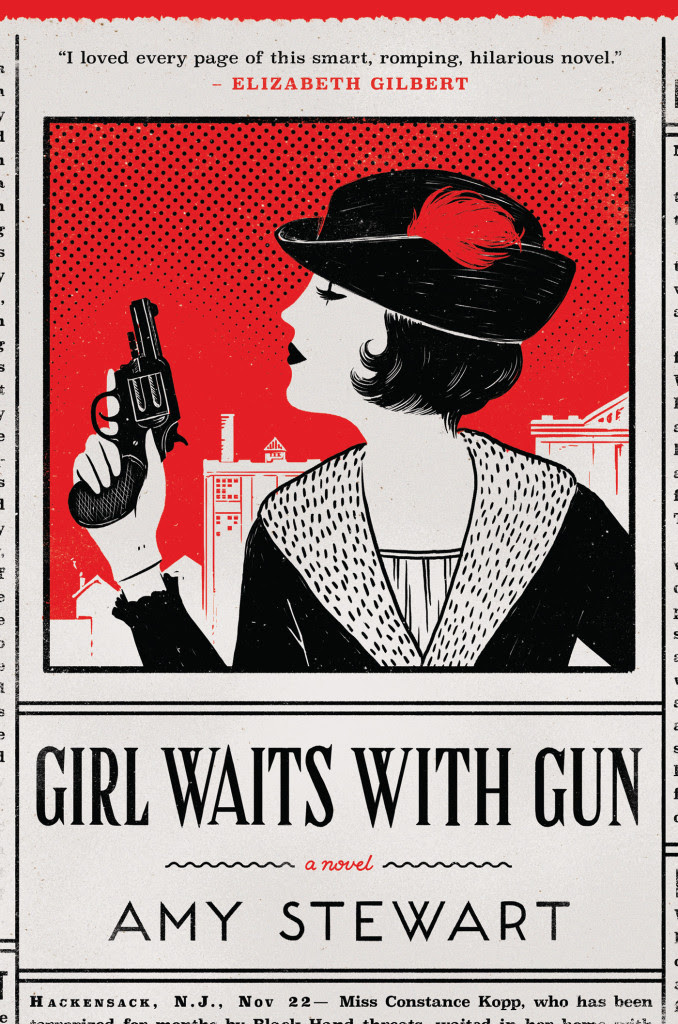 From the New York Times best-selling author of The Drunken Botanist comes an enthralling debut novel based on the forgotten true story of one of the nation’s first female deputy sheriffs.

Constance Kopp doesn’t quite fit the mold. She towers over most men, has no interest in marriage or domestic affairs, and has been isolated from the world since a family secret sent her and her sisters into hiding fifteen years ago. One day a belligerent and powerful silk factory owner runs down their buggy, and a dispute over damages turns into a war of bricks, bullets, and threats as he unleashes his gang on their family farm. When the sheriff enlists her help in convicting the men, Constance is forced to confront her past and defend her family — and she does it in a way that few women of 1914 would have dared.

Girl Waits With Gun is an exciting new novel from Amy Stewart, author of The Drunken Botanist. Based on actual events, this book will leave you wanting to know more about Constance Kopp--one of the United States' first female deputies.

Constance Kopp lives a serene life with her two sisters until a car/horse buggy accident throws her in the path of the town thug--Mr. Kaufman. When Constance attempts to collect money from him for the ruined horse buggy, it sets off a firestorm. Mr. Kaufman sets his nefarious sights on the Kopp sisters. Instead of backing down and forgetting about the matter at hand, Constance seeks out justice. Even at her own personal risk.

Before reading this book, I had never heard of the crime-fighting sisters, Constance, Norma, and Fleurette Kopp, but I was immediately intrigued by their story. Stewart has a way with words and even though this book is fiction, I couldn't help but wonder if Stewart had some insiders information on the trio, as the story line seemed pretty plausible in every way.

Constance Kopp was a formidable woman who would give any lady detective a run for their money. She stands with other greats such as Miss Marple, Phryne Fisher, and the ladies from The Bletchley Circle. For my mystery/crime-loving fans, this book is one you'll want to add to your tbr. You'll stay up late just to finish it!

"A sheer delight to read and based on actual events, this debut historical mystery packs the unexpected, the unconventional, and a serendipitous humor into every chapter. Details from the historical record are accurately portrayed by villains and good guys alike, and readers will cross their fingers for the further adventures of Constance and Sheriff Heath. For fans of the Phryne Fisher series by Kerry Greenwood, and the Mary Russell and Sherlock Holmes mysteries by Laurie R. King."—Booklist, starred

"Stewart crafts a solid, absorbing novel based on real-life events—though they're unusual enough to seem invented. Stewart deftly tangles and then unwinds a complicated plot with nice period detail...More adventures involving gutsy Constance, quietly determined Sheriff Heath, and a lively cast of supporting characters would be most welcome."—Kirkus, starred

"In her engaging first novel, Stewart (The Drunken Botanist) draws from the true story of the Kopp sisters (Constance became one of the country’s first female deputy sheriffs) and creates a welcome addition to the genre of the unconventional female sleuth. Colorful, well-drawn characters come to life on the page, and historical details are woven tightly into the narrative. The satisfying conclusion sets up an opening for future Constance Kopp novels. VERDICT: Historical fiction fans and followers of Rhys Bowen’s 'Molly Murphy' mysteries and Victoria Thompson’s 'Gaslight Mystery' series will delight in the eccentric and feisty Kopp women."—Library Journal, starred

“A smart, romping adventure, featuring some of the most memorable and powerful female characters I've seen in print for a long time. I loved every page as I followed the Kopp sisters through a too-good-to-be-true (but mostly true!) tale of violence, courage, stubbornness, and resourcefulness."—Elizabeth Gilbert, author of Eat, Pray, Love

"How could you not fall in love with a book about one of the first female deputy sheriffs and her sisters--especially when it’s written by the enthralling Amy Stewart? Full of long-held secrets, kicked-up dust, simmering danger, and oh yes, that gun—this gritty romp illuminates one of history’s strongest women with a hold-your-breath panache."—Caroline Leavitt, New York Times bestselling author of Is This Tomorrow and Pictures of You

“Girl Waits With Gun makes excellent use of history to put a fresh spin on classic cop-and-crook types. Amy Stewart's true-life protagonist is a ‘rough and tumble’ version of the early 20th century's New Woman. She is witty, sharply-drawn, and suffers no fools!”—Suzanne Rindell, author of The Other Typist

“Yowza! Amy Stewart’s debut boasts pomaded gangsters, pistol-packin’ dames, kidnappings, shots in the dark, and everything from Girls Gone Wrong to carrier pigeons finding their way home. You might want to stay up all night reading, you might want to lie down on your fainting couch with a cool cloth on your forehead. Either way, you’ll have the time of your life.” —Robert Goolrick, New York Times bestselling author of A Reliable Wife

"Girl Waits with Gun is fresh, funny and utterly compelling-- and Constance Kopp and her sisters are not just great investigators, but completely original women. It was a blast from start to finish and I can’t wait to see what Deputy Kopp gets up to next."— Lisa Lutz, author of The Spellman Files, How to Start a Fire, and others

“Amy Stewart has crafted the best kind of historical novel; she uncovers an intriguing, all-but-forgotten historical nugget and spins it into a wildly entertaining tale with an engaging, tough-minded heroine. Girl Waits With Gun hits the bulls-eye.”—Daniel Stashower, author of The Hour of Peril: The Secret Plot to Murder Lincoln Before the Civil War

“Amy Stewart’s debut novel Girl Waits With Gun is an irresistible and thoroughly enjoyable book, a suspenseful historical mystery spiced with marvelous characters, wit, and humor. Is it too soon to beg for a sequel?” —Jennifer Chiaverini, author of Mrs. Grant and Madame Jule

“Engaging, lively, and substantive, Girl Waits with Gun is a perfect mystery, and the Kopp sisters are my new best friends. Amy Stewart writes about crime as well as she writes about plants and poisons. I loved this book, and will be first in line for the next installment.”—Sara Gran, author of Claire DeWitt and the Bohemian Highway 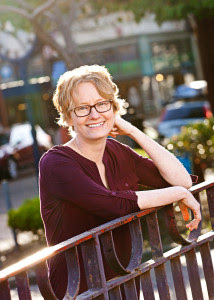 Amy Stewart is the author of seven books. Her latest, Girl Waits With Gun, is a novel based on a true story. She has also written six nonfiction books on the perils and pleasures of the natural world, including four New York Times bestsellers: The Drunken Botanist, Wicked Bugs, Wicked Plants, and Flower Confidential. She lives in Eureka, California, with her husband Scott Brown, who is a rare book dealer. They own a bookstore called Eureka Books. The store is housed in a classic nineteenth-century Victorian building that Amy very much hopes is haunted.

Stewart has written for the New York Times, the Washington Post, and many other newspapers and magazines, and has appeared frequently on National Public Radio, CBS Sunday Morning, and--just once--on TLC's Cake Boss. She is the recipient of a National Endowment for the Arts fellowship, the American Horticulture Society's Book Award, and an International Association of Culinary Professionals Food Writing Award.

I have one paperback to giveaway to a lucky reader! Check out the rules below before entering.

Rules
– Only one entry per household.
– All giveaway entrants agree to be honest and not cheat the systems; any suspect of fraud is decided upon by blog/site owner and the sponsor, and entrants may be disqualified at our discretion.
– Must be 18 or older to enter.
- Open to US addresses only

Also check out the tour list below for more chances to get your hands on a copy of this book!

Monday, September 7
Guest Post & Giveaway at Passages to the Past

Wednesday, September 9
Review at History From a Woman's Perspective

Tuesday, September 15
Review at With Her Nose Stuck in a Book

Friday, September 18
Spotlight at What Is That Book About

Tuesday, September 29
Review at A Fold in the Spine

Thursday, October 1
Review & Giveaway at To Read, or Not to Read