I'm so excited to take part in Brenda Drake's Release Day Launch for TOUCHING FATE! Check out the book and excerpt below, and be sure to enter the amazing giveaway! 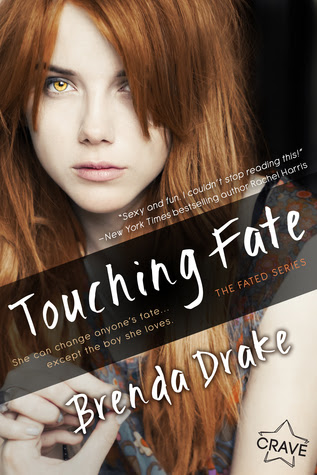 Aster Layne believes in physics, not psychics. A tarot card reading on the Ocean City Boardwalk should have been a ridiculous, just-for-fun thing. It wasn’t. Aster discovers she has a very unscientific gift—with a simple touch of the cards, she can change a person’s fate.


Reese Van Buren is cursed. Like the kind of old-school, centuries-old curse that runs in royal families. Every firstborn son is doomed to die on his eighteenth birthday—and Reese’s is coming up fast. Bummer. He tries to distract himself from his inevitable death…only to find the one person who can save him.

Aster doesn’t know that the hot Dutch guy she’s just met needs her help–or that he’s about to die.

But worst of all…she doesn’t know that her new gift comes with dark, dark consequences that can harm everyone she loves.

The spell was broken when some partiers ran up the beach screaming and laughing. Aster turned in the direction of the noise and spotted Reese standing there. He waved. A moronic move, he reprimanded himself. Strolling up the beach James Bond-style would have been better, but instead, struggling in the sand, he headed for her. He decided if she moved toward him as well, it would be proof that she was attracted to him. Aster spun around and faced the ocean again.

Reese stopped. She was still angry with him. Just when he made up his mind to leave her alone, she started down the beach toward him.

“Hi,” she said, staring up at him. The golden specks in her eyes were like stardust glinting in the low-lying sun.

“What are you doing here?”

“Leah invited Jan, and he brought me along.”

“Well, I didn’t put up a struggle. I have to admit, I was hoping to see you.” He held out the aster. “This is for you. A peace offering. One simple flower can mean so much more than a bunch, don’t you agree?”

A shocked expression crossed her face, and Reese thought he had blown it. But then she gave him a sweet smile and took the flower from him. “Stolen ones are even better.”

“Well, in all honesty, it was a spur-of-the-moment decision. A gentleman doesn’t court a lady without bringing a gift.”

“So you’re courting me?” She tried unsuccessfully not to smile. It was rather fetching, her pink glossed lips twitching at the effort. “You don’t even know anything about me.”

“Well, that is the point of dating, isn’t it? To get to know each other?”

When the silence between them got uncomfortable, she lowered her head and picked at the stem of the flower.

“Not sure, huh?” This girl was a hard nut to crack. Reese got an idea. “How about we play a game?”

She looked back up at him. “What kind of game?”

“Sure, why not?” She twirled around and padded across the beach, lifting up sand with her toes and flicking it into the air in front of her. “You go first.”

“All right, then,” he said, keeping pace with her. “My family lives in a castle just outside of Amsterdam, complete with towers and turrets. It’s been in the family for generations. We only live in a few rooms. The rest of the place is open for tours. It helps pay for the upkeep and taxes.”

“Really?” She knotted her fingers behind her back. “Does that mean you’re royal?”

“No. But my father is a count.” He hated talking about his lineage. “It’s just a title,” he said, as if it wasn’t a big deal, which it wasn’t, at least to him. 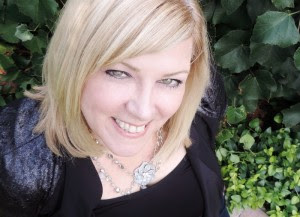 
Brenda Drake grew up the youngest of three children, an Air Force brat, and the continual new kid at school. Her fondest memories growing up are of her eccentric, Irish grandmother’s animated tales, which gave her a strong love for storytelling.

So it was only fitting that she would choose to write stories with a bend toward the fantastical. When she’s not writing or hanging out with her family, she haunts libraries, bookstores, and coffee shops, or reads someplace quiet and not at all exotic (much to her disappointment).