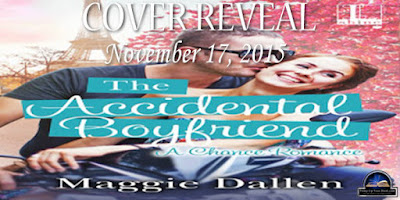 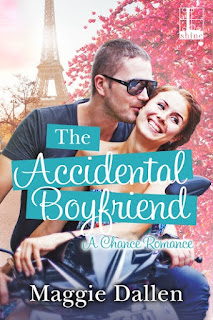 
What do you do when Mr. Right seems oh-so-wrong?

Holly Sinclair is ready to have it all. She’s even found her Mr. Right—a steady, reliable guy who just needs a little convincing. Now all the former wild child has to do is free herself of her very inconvenient attraction to Jack Everett. Not only does the notorious playboy and tabloid king seduce her at her sister’s wedding, he follows her to Paris! Suddenly, Holly is alone with Jack in the most romantic city in the world—and his family is leaping to the wrong conclusions…

The world’s most infamous bachelor has finally met his match. If Jack was the type to settle down, Holly would be the woman of his dreams. There’s just one hitch: Holly actually believes she wants to marry Mr. Oh-So-Boring. Intent on proving that she deserves someone better, Jack finds himself playing the role of the perfect boyfriend…a little too well. If he’s not careful, he might just lose this game—and his heart.

ORDER INFORMATION
The Accidental Boyfriend is available for order at

Maggie Dallen is a huge fan of happily-ever-afters. She writes contemporary and YA romance and has been known to rewrite the endings to classic love stories to ensure that they end on a happy note. In Maggie's version, Ingrid Bergman does not get on the plane. She lives in Northern California and works at a yarn store to support her knitting addiction. For more info please visit maggiedallen.com.