Spotlight: The Dirt on Ninth Grave by Darynda Jones 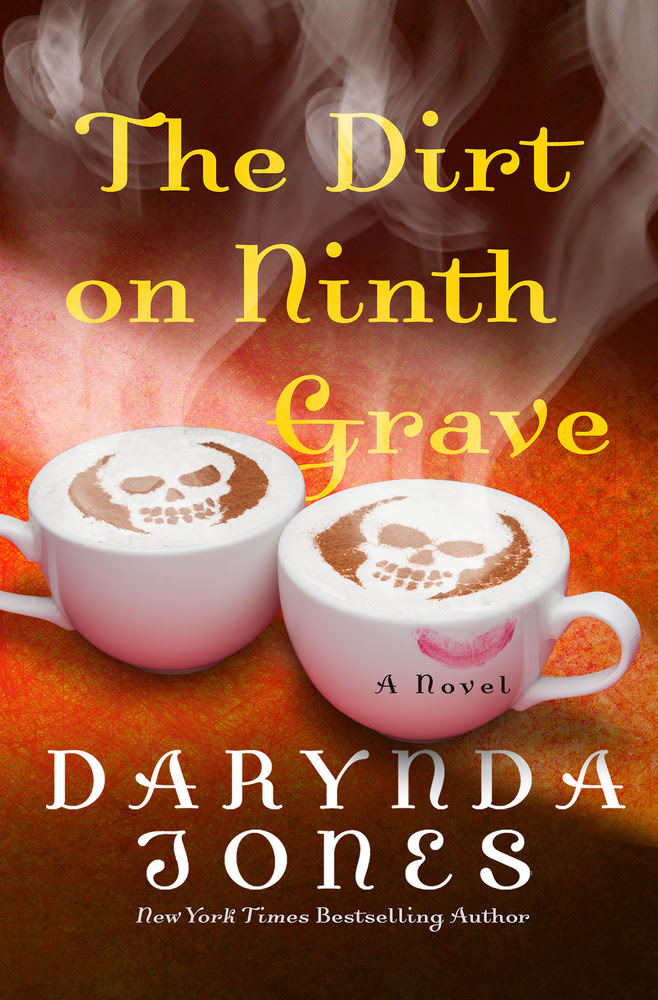 In a small village in New York Charley Davidson is living as Jane Doe, a girl with no memory of who she is or where she came from. So when she is working at a diner and slowly begins to realize she can see dead people, she's more than a little taken aback. Stranger still are the people entering her life. They seem to know things about her. Things they hide with lies and half-truths. Soon, she senses something far darker. A force that wants to cause her harm, she is sure of it. Her saving grace comes in the form of a new friend she feels she can confide in and the fry cook, a devastatingly handsome man whose smile is breathtaking and touch is scalding. He stays close, and she almost feels safe with him around.

But no one can outrun their past, and the more lies that swirl around her-even from her new and trusted friends-the more disoriented she becomes, until she is confronted by a man who claims to have been sent to kill her. Sent by the darkest force in the universe. A force that absolutely will not stop until she is dead. Thankfully, she has a Rottweiler. But that doesn't help in her quest to find her identity and recover what she's lost. That will take all her courage and a touch of the power she feels flowing like electricity through her veins. She almost feels sorry for him. The devil in blue jeans. The disarming fry cook who lies with every breath he takes. She will get to the bottom of what he knows if it kills her. Or him. Either way.

Remember, it’s never too late to give LSD a shot.—T-SHIRTI stood beside the booth and poured coffee into a beige cup that had the words FIRELIGHT GRILL written across it, wondering if I should tell my customer, Mr. Pettigrew, about the dead stripper sitting next to him. It wasn’t every day a dead stripper accosted one of my regulars, but telling Mr. P about her might not be a good idea. He could react the way I did the first time I saw a walking corpse a little over a month ago. I screamed like a twelve-year-old girl and locked myself in the bathroom.For seven hours.I admired the rascally old man, a decorated war veteran and retired NYPD detective. He’d seen more action than most. And with it, more atrocity. More depravity and desperation and degradation. He was a tough-as-nails, real-life superhero, and I couldn’t picture any situation in which Mr. P would scream like a twelve-year-old girl and lock himself in a bathroom.For seven hours.In my own defense, the first dead guy I saw had fallen to his death at a construction site in Kalamazoo. Thanks to a hundred-foot drop and an unfortunate placement of rebar, I had another image to add to my things-I-can-never-unsee collection. Silver linings, baby. 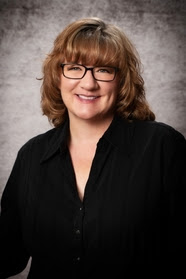 NYTimes and USA Today Bestselling Author Darynda Jones has won numerous awards for her work, including a prestigious Golden Heart®, a Rebecca, two Hold Medallions, a RITA ®, and a Daphne du Maurier, and she has received stellar reviews from dozens of publications including starred reviews from Publisher’s Weekly, Booklist, and the Library Journal. As a born storyteller, Darynda grew up spinning tales of dashing damsels and heroes in distress for any unfortunate soul who happened by, annoying man and beast alike, and she is ever so grateful for the opportunity to carry on that tradition. She currently has two series with St. Martin’s Press: The Charley Davidson Series and the Darklight Trilogy. She lives in the Land of Enchantment, also known as New Mexico, with her husband of almost 30 years and two beautiful sons, the Mighty, Mighty Jones Boys. She can be found at www.daryndajones.com, on Facebook, and Twitter.  Don't forget to join the Goodreads Fan Group: https://www.goodreads.com/group/show/160729-the-official-darynda-jones-fan-group (Tons of discussions, giveaways, and Q&As in here!)
Darynda Jones spotlight The Dirt on Ninth Grave