Here's a little something you might want to add to your tbr pile. 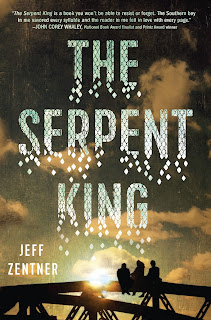 THE SERPENT KING (On sale March 8, 2016 / $17.99 / Ages 14 & up) by singer-songwriter Jeff Zentner
In this emotional story, the son of a Pentecostal preacher faces his personal demons as he and his two outcast friends try to make it through their senior year of high school in rural Forrestville, Tennessee, without letting the small-town culture destroy their creative spirits and sense of self. Drawing from his own roots growing up in the south, Zentner’s debut is haunting, heartbreaking, and hopeful, and is  in the vein of beloved novels The Perks of Being a Wallflower, Looking for Alaska, and Eleanor & Park.


Check out the annotated pages by Jeff Zentner 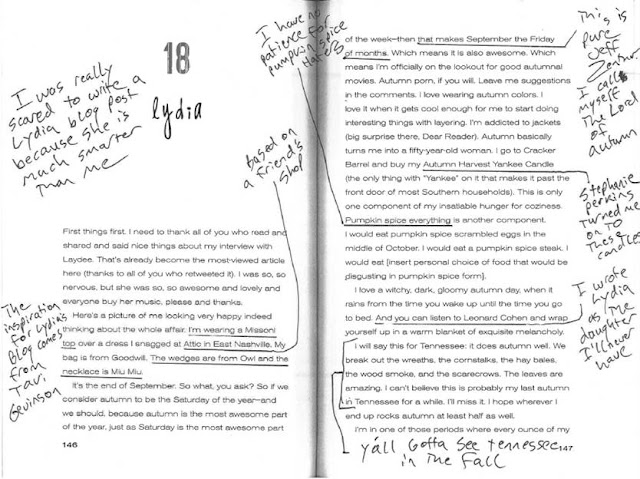 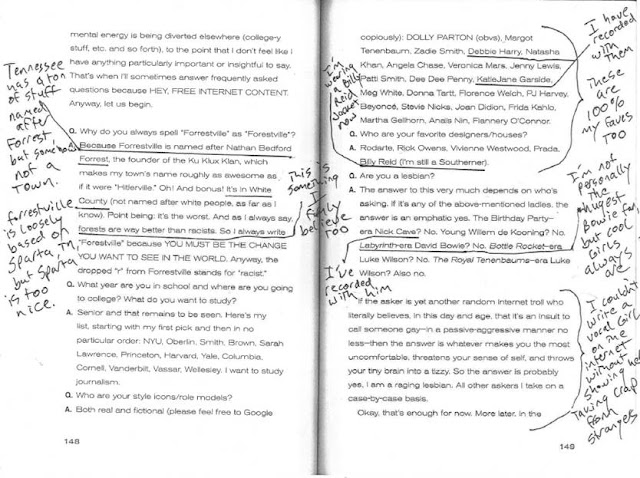 PRAISE for THE SERPENT KING

“Zentner’s prose wraps you up like a warm, Southern hug and packs the punches of a sweaty country brawl...The Serpent King is a debut you won’t be able to resist or forget. The Southern Boy in me savored every syllable and the reader in me fell in love with every page.”
—John Corey Whaley,
author of Where Things Come Back, winner of the Michael L. Printz Award and William C. Morris Award

“The Serpent King gripped me in its coils and kept me turning pages late into the night.
A triumph of love and dignity.”
—Stephanie Perkins,
New York Times bestselling author

“[T]his sepia-toned portrait of small-town life serves as a moving testament to love, loyalty, faith, and reaching through the darkness to find light and hope. Zentner explores difficult themes head on—including the desire to escape the sins of the father and the fragility of happiness—while tempering them with the saving grace of enduring friendship.”
— Publishers Weekly, Starred Review

“Thorough characterization and artful prose allow readers to intimately experience the highs and lows of these three friends . . . Recommended for fans of John Green and Rainbow Rowell.”
— School Library Journal

“Characters, incidents, dialogue, the poverty of the rural South, enduring friendship, a desperate clinging to strange faiths, fear of the unknown, and an awareness of the courage it takes to survive, let alone thrive, are among this fine novel's strengths. Zentner writes with understanding and grace—a new voice to savor.”
— Kirkus Reviews

“A musician himself, Zentner transitions to prose easily in his debut, pulling in complex issues that range from struggles with faith to abuse to grief. Refreshingly, this novel isn’t driven by romance—though it rears its head—but by the importance of pursuing individual passions and forging one’s own path. A promising new voice in YA.”
— Booklist

“A moving debut novel of friendship and forgiveness that will stick with you long after you’ve finished it, I’m calling it now… The Serpent King is already one of my favorite books of 2016.”
— Eric Smith for BookRiot 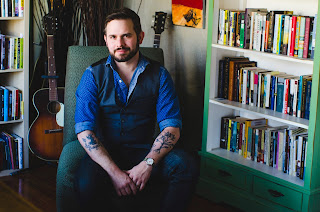 Jeff Zentner lives in Nashville, Tennessee. He came to writing through music, starting his creative life as a guitarist and eventually becoming a songwriter. He’s released five albums and appeared on recordings with Iggy Pop, Nick Cave, Warren Ellis, Thurston Moore, Debbie Harry, Mark Lanegan, and Lydia Lunch, among others.Now he writes novels for young adults. He became interested in writing for young adults after volunteering at the Tennessee Teen Rock Camp and Southern Girls Rock Camp. As a kid, his parents would take him to the library and drop him off, where he would read until closing time. He worked at various bookstores through high school and college.He speaks fluent Portuguese, having lived in the Amazon region of Brazil for two years. 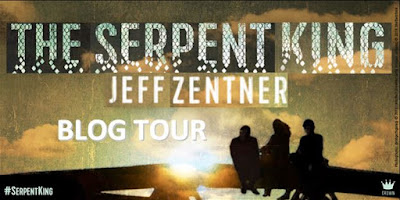