This Is The Air I Breathe 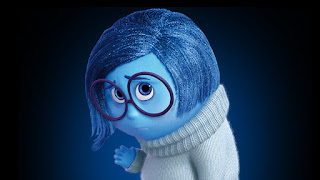 Yesterday, a friend of mine introduced me to her mother. She told her mother about my blog and my job and explained that her mother was a big reader too. Her mother then proceeded to ask me what I was currently reading. I told her at the moment I wasn't reading anything. Which is a strange thing for me to say or even admit. But it's true. For the past few months my life has been in emotional turmoil and for the past few weeks my life has been turned upside down. And because of it, I find myself unable to enjoy the pleasure of a good book.

Please forgive me if my words seem wooden because I feel wooden. Over a year ago my mother-in-law was diagnosed with cancer. She had her kidney removed and her prognosis was good. The doctor believed he had removed all the cancer. Six months ago, she found out that the cancer was back, so she started chemo. At first the chemo didn't seem to affect her much. She was still able to do all the things she normally did--but it didn't last.

November is when it started hitting her pretty hard. She found that she easily tired after a simple task. Then in January things got really bad. She could hardly keep anything down and she couldn't really function by herself. She was hospitalized at the beginning of February for dehydration. What we thought would be a short stint in hospital turned out to be much longer. Her first few days in the hospital, the family planned on trying to get her into a rehabilitation center so she could build up her strength and get the attention she needed. However that was not meant to be. On February 13, her doctor called us in to let everyone know that he did not expect her to make it.

I'm not ashamed to admit that I broke down at that moment. It was a surreal moment. I never doubted in my mind that she would make it through this. Until then. But there it was.

The days that followed were both sorrowful and, as strange as it may sound, joyful. She was still lucid at this point. We were able to say everything we needed to her and she to us. We stayed with her around the clock until she passed a few days later. One of the things we were grateful for was that she was never in any pain, and she passed in her sleep. In a strange way it was comforting.

Since then, I've been in sort of a fog. Wondering around aimlessly trying to move forward. At times, it's easy. Other's not so much. I never realized how stressful, emotional, and tiring the last few months have been until it was over and my body began to let go of all the emotions I have been holding onto so tightly.

My current predicament is not unique. There are so many people who are currently breathing the same air as I am right now. And while I would not wish this upon another living soul, it's comforting to know that I'm not alone in this. Life goes on, and so must we.

Today is my first day back at work, the blog, and all the other activities that I put aside for the last month. I look over at my tbr pile and patiently wait for the book I'll read next to call out "pick me." It hasn't happened yet. But I hope today is that day. Reading has always been my escape, my therapy, my joy. Not being able to read during this whole ordeal has taken its toll. And I so desperately want to lose myself in a good book.

I want to thank everyone for their patience while I took the time off that I needed. Thank you to the people who let me reschedule or cancel last minute without giving me any grief over it. If you sent an email, I will get to it, but as it turns out: when you don't check your email for a while it really piles up! Features and reviews and the whole lot will be back in March.

Thank you for listening.