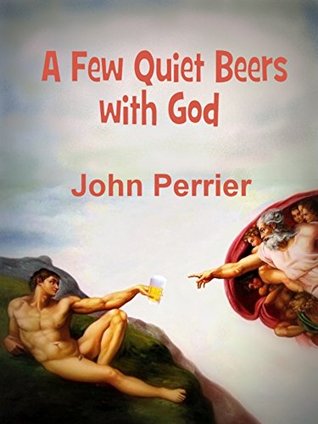 Set in Australia in the year 2031, this story is science-fiction comedy at its best. When Dave, a hopeless but lovable 34 year old, meets Alexandra, the girl of his dreams, he feels as though his luck has finally changed. But due to his ineptness with technology, he tragically loses contact with her. Meanwhile, the lust for supremacy of two powerful Americans ignites a bitter feud. Their fight reaches around the globe and soon entwines not only Dave and Alexandra but also a superstar football player nicknamed ‘God’. Their final meeting precipitates an event that no-one saw coming.

This book was tons of fun. I was intrigued from the get-go. It is irreverent, quirky, sci-fi fun. It takes you around the globe and much, much further (can’t say too much or I’ll give it away). There are a whole gaggle of characters but that doesn’t take away one bit from the story. If you are a fan of the wacky writings of Douglas Adams (Hitchhiker’s Guide to the Galaxy) and the likes then this is a book you need to read.
The story takes place in the not-to-distant future and begins in Australia with Dave. As far as society is concerned, Dave would be considered a waste. He doesn’t have a job, can’t even get to an interview for a job, is completely inept with the technology of the day; he can’t do anything well. Because of this he meets Alexandra, the girl of his dreams, and then promptly loses her number.
Meanwhile, in America we have the power struggle to end all power struggles between the bad guys. They are fighting over supremacy of the broadcast universe, which in this time is a much bigger deal than it is today. There battle is going to reach a few thousand miles away and engulf Dave, Alexandra, and a footballer known as God. That’s really as far as I can go other than to say hold on and look for “The King,” Elvis Presley.
A truly original story with more twists than a mountain pass, this is one funny read. I found myself scratching my head just wondering “where are we going now” but being pleasantly surprised when we got there. If you like funny, romantic, sci-fi, adventure tales then this is a book for you.