Review: When It Rained At Hembry Castle 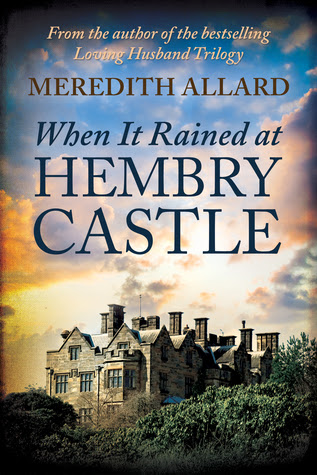 From Meredith Allard, author of the bestselling Loving Husband Trilogy, comes When It Rained at Hembry Castle, a lush historical novel set in Victorian England. Perfect for fans of Downton Abbey, it's the story of an aristocratic family, a mysterious death, secrets that dare not be told, and the wonder of falling in love.

When the 8th Earl of Staton dies, his eldest son, the unreliable Richard, inherits the title and the family’s home—Hembry Castle. The Earl's niece, the American-born Daphne, is intrigued by Edward Ellis, a rising author with a first-hand knowledge of Hembry Castle—from the servants’ hall. And Edward, though captivated by the lovely Daphne, has his own hurdles he must overcome. Can Richard come to terms with his title before bringing ruin on his family? Will Edward and Daphne find their way to each other despite the obstacles of life at Hembry Castle?

When It Rained at Hembry Castle is a page-turning, romantic novel with vivid characters and an engrossing story that will keep you guessing until the end.

When It Rained at Hembry Castle was a long time in the making for novelist Meredith Allard. Twenty years to be precise. But it wasn't until the last few years that she had an opportunity to work on it. She was also inspired by the television show she, and practically everyone else, loves--Downton Abbey.

When It Rained at Hembry Castle is set in the Victorian era. It begins with the funeral of the eighth Earl of Staton, who was much loved by not only his family but the entire town. The author also introduces the readers to the entire family and their personalities: Richard, the new earl, is reluctant to inherit his position. Fredrick and his daughter, Daphne, have come across from America, where they are eager to return. The grandmother, who is all decorum and responsibility. There are a few other that color the pages of this novel.

Here's what I liked about the novel: Allard's description of the countryside of England was beautiful. For the most part, I really liked the story line. I think the mystery angle could have played up a bit more. More red herrings, more intrigue. My favorite characters are Edward Ellis and Agatha, the Countess of Staton. These two characters were the most believable and they felt authentic to the time period.

Here's what I didn't like: At times it seemed the dialog between the characters was too modernized. It startled me out of the dream that was this novel. I didn't really care for Daphne's character because she was too good, without a flaw. She didn't seem to have any depth to her and was a bit flat for my liking. I saw a small spark of defiance in her toward the end of the novel. So maybe there is hope for her yet. The last, but not least, thing is Charles Dickens. I really like Dickens, and so does the author, but he is mentioned a lot, and it distracts from the novel.

I know I've given some criticisms as well as some praise, but overall it's not a bad read. I really encourage you to look at some of the other reviews on this tour or Goodreads and Amazon to get different opinions. I really appreciate the opportunity to read this book and share it with you. 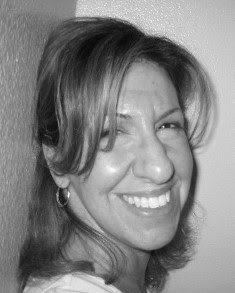 Meredith Allard is the author of the bestselling novels The Loving Husband Trilogy, That You Are Here, Victory Garden, Woman of Stones, and My Brother's Battle. Her newest release, the historical novel When It Rained at Hembry Castle, is a great read for fans of Downton Abbey.

Thursday, April 14
Interview at Books and Benches
Giveaway at Passages to the Past

Friday, April 15
Excerpt at The Lit Bitch
Interview at The Book Connection

Sunday, April 24
Review at One Book Shy of a Full Shelf

Monday, April 25
Review at Luxury Reading
Review at To Read, Or Not to Read
Excerpt & Giveaway at A Literary Vacation

Meredith Allard review When It Rained At Hembry Castle