The House of Baric Book Blast 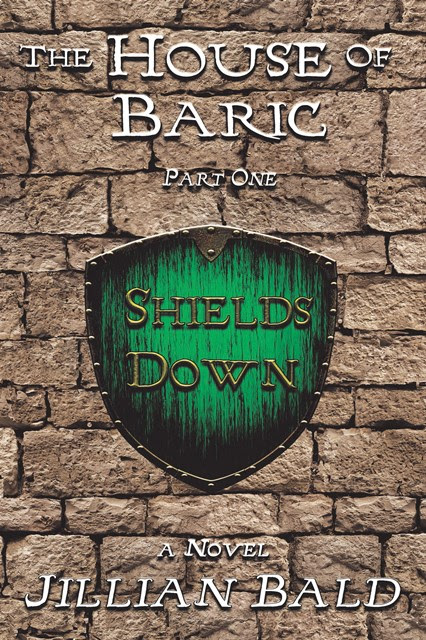 The House of Baric Part One: Shields Down

Marriage matches for the Venetian nobility were not preordained by God in heaven. They were skillfully negotiated by fathers looking to enhance their own prestige and wealth. A young lady could overlook petty shortcomings in her future husband, if he were rich, held a title, and was easy on the eyes. The young Baron Mauro Baric was such desirable yet flawed match.

Mauro was the last of the House of Baric, and he required a wife to provide him with sons. Resi Kokkinos was not interested in marrying an aristocrat any more than Mauro wanted a common, Ottoman Greek girl as his bride. Betrothed as children to repay Resi’s father’s debt to the Barics, they had no choice in their paired future.

Resi made the best of her sequestered adolescence in Thessaloniki while she waited to be summoned to the Venetian colony of Croatia to marry. Since her fate had already been decided, Resi’s mother allowed her to be tutored with her brothers. She did not need to learn the skills her friends focused on to entice a desirable husband, so she used her freedom to read every book she could find.

Mauro’s bachelor years of soldiering gave way to burdensome responsibilities as a baron and a new husband. Personal and political conflicts added more challenges to the couple’s awkward first year of marriage. Dear friends and unexpected visitors would bring their own troubles to the House of Baric. Through it all, Mauro could no longer deny that his complicated and unpredictable wife might be his perfect match after all.

Set in the summer of 1649, you are a fly-on-the-wall into their intriguing and adventurous world. Love, war, hating, and mating were perhaps not so different back in the seventeenth century. These memorable characters only wanted to steer their own destinies in search of happiness, and you will find yourself rooting for them to succeed in their quest. 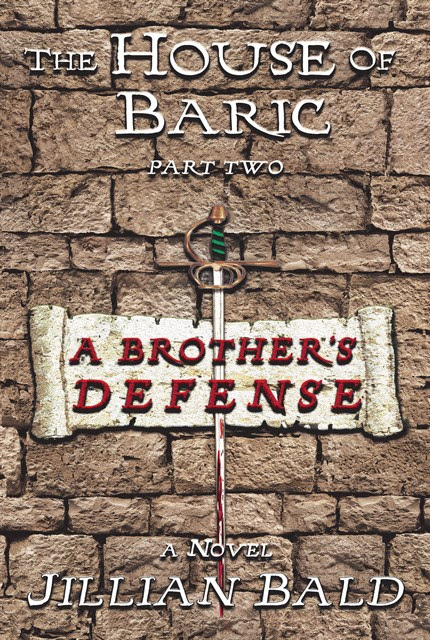 The House of Baric Part Two: A Brother’s Defense

Book two of this fast-paced tale of aristocratic life in the 17th century Venetian Empire begins where book one left off: the mercenaries arrive to visit Resi and her new husband, Baron Mauro Baric.

Part One: Shields Down introduced you to the colorful characters of the House of Baric, their loyal bonds of friendship, willing romances, arranged marriages, political conflicts, and suspicious deaths. Mauro’s family secrets and buried pain can no longer be ignored. In Part Two: A Brother’s Defense, he must face his demons. But first, his new brother-in-law stirs up trouble, while the elegant Venetian guests fill their idle time at the Baric castle with new romantic pursuits.

Set in the summer of 1649, this gripping rendition of the saga of love, revenge, and redemption do not disappoint. Questions will be answered, and more will come to light, as this engaging trilogy speeds along. Swords will be drawn. The House of Baric must be protected. But from whom?

Most of the novels in Jillian Bald’s library take place in the far past or the far future, so it came naturally for Jillian to set her first novel in the year 1649. She has always enjoyed discovering new things, and historical fiction is an entertaining path to learning. After working in business management and living in France and Germany for several years, Jillian moved with her husband across the country while taking time off to raise her boys. Writing is a new occupation to Jillian, but she has always had a story churning in her imagination. “The House of Baric Part One: Shields Down” is Jillian Bald’s first published work.

Connect with author Jillian Bald on Facebook and Goodreads.

Monday, April 25
Passages to the Past

Tuesday, April 26
Oh, For the Hook of a Book

Thursday, May 5
Let Them Read Books

Monday, May 9
To Read, Or Not to Read

Wednesday, May 11
What Is That Book About

To enter to win a signed copy of The House of Baric Part One: Shields Down please enter the giveaway via the GLEAM form below.

– Giveaway ends at 11:59pm EST on May 11th. You must be 18 or older to enter.
– Giveaway is open to residents in the US, UK, Canada and Australia.
– Only one entry per household.
– All giveaway entrants agree to be honest and not cheat the systems; any suspect of fraud is decided upon by blog/site owner and the sponsor, and entrants may be disqualified at our discretion
– Winner has 48 hours to claim prize or new winner is chosen.


The House of Baric Book Blast