Showing posts from June, 2016
Show all

Hi there. We have a feature on To Read, or Not To Read. It's called New Books on the Block. It's a feature where we highlight new and new-ish books that come out every month. It doesn't matter if it's self-published, indie, or traditional. So if you have a book that fits this category, and you'd like it to appear on this feature, then fill out the form below. We post this the first Friday of every month. July's NBOTB will post on August 5.  Click here for a direct link to the form . Loading...
Post a Comment
Read more 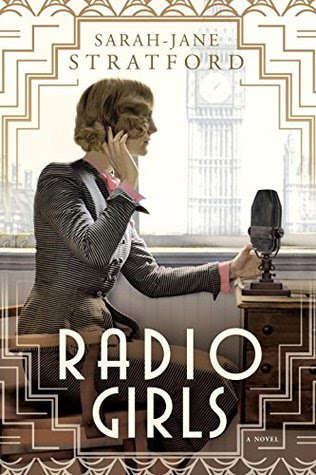 Title: Radio Girls Author: Sarah-Jane Statford Publisher: NAL ISBN: 9780451475565 Ebook Genre: Historical Fiction Source: Publisher, NetGalley Summary: The Great War is over, and change is in the air, in this novel that brings to life the exciting days of early British radio…and one woman who finds her voice while working alongside the brilliant women and men of the BBC.  London, 1926. American-raised Maisie Musgrave is thrilled to land a job as a secretary at the upstart British Broadcasting Corporation, whose use of radio—still new, strange, and electrifying—is captivating the nation. But the hectic pace, smart young staff, and intimidating bosses only add to Maisie’s insecurity.  Soon, she is seduced by the work—gaining confidence as she arranges broadcasts by the most famous writers, scientists, and politicians in Britain. She is also caught up in a growing conflict between her two bosses, John Reith, the formidable Director-General of the BBC, and Hilda Mathes
Post a Comment
Read more 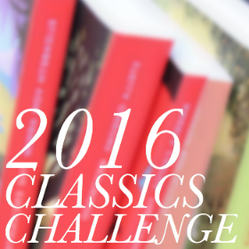 WHEN I Discovered This Classic This book is a re-read for me. I read it once in high school and once more about ten years ago. WHY I Chose to Read It It has all the elements of an epic adventure. WHAT Makes It A Classic Beowulf is one of the oldest poems out there. It's inspired countless authors and is still taught in schools today. WHAT I Thought of This Classic Since this was my third time reading it, you might assume that I love it. I do appreciate it and its historical value and there is some really great action scenes in this poem. However, for me, it's good but not great. (Please don't throw stones.) WILL It Stay A Classic Absolutely. It's been around this long, and I can't see it going anywhere. WHO I’d Recommend It To English majors.
Post a Comment
Read more 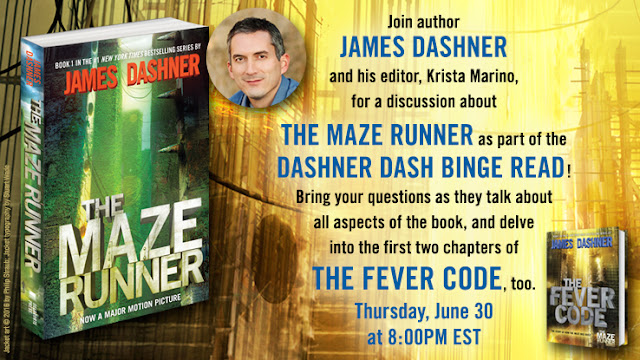 The #DASHNERDASH BINGE READ: The Scorch Trials Plus A Giveaway 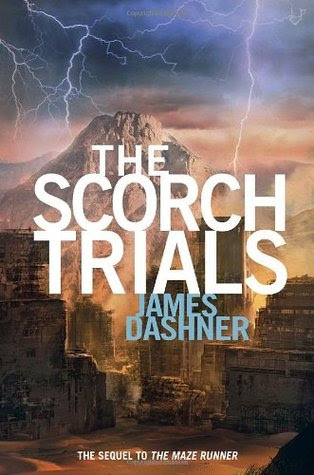 I'm so excited to be continuing The Maze Runner series with The Scorch Trials . The Maze Runner left me with so many questions and I hope some of them are answered in this book.  In case you're not familiar with the #DASHNERDASH Binge Read, c lick here to read all about it.  But here's the short of it. Counting down to September 27 for the release of  The Fever Code , we'll be reading  The Maze Runner  series on the 27th of each month. Follow me on Twitter  @2readornot2read  and/or  Facebook  as I live tweet my reading progress. Reading will begin at 8:00 a.m. cst on June 27. I hope you can join me. And if you're reading along with the #DASHNERDASH, leave me a comment below or tweet/facebook me because I'd love to know your thoughts on  The Scorch Trials. I hope you're as excited as I am to read the second book in this series. Also, To Read, or Not To Read is giving away a set of autographed Maze Runner books, thanks to Random House Children's
3 comments
Read more 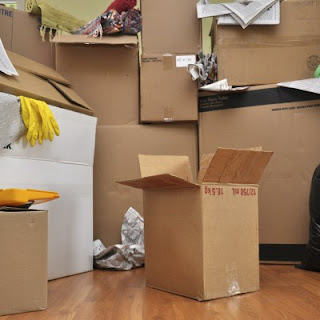 Last week in review took a small hiatus while I moved. I was going to photograph the gargantuan maze of boxes and stuff, but I forgot. I've been unpacking over the last week, and I'm finally about 75% finished. So yay! Needless to say, I haven't done a lot of bookish things over the last few weeks. What I'm Reading I thought I would have more time to listen to this audio book than I actually did. Mainly, because people kept interrupting by asking silly questions like, "Where should I put this?"  and  "Do you know where my ____________ is?"  I started this book a few days ago. Here's the summary: The Great War is over, and change is in the air, in this novel that brings to life the exciting days of early British radio…and one woman who finds her voice while working alongside the brilliant women and men of the BBC. London, 1926. American-raised Maisie Musgrave is thrilled to land a job as a secretary at the upstart British Bro
Post a Comment
Read more Join the AW Teen Summer Reading Challenge  and win books! Who:  Everyone who loves reading YA! What:   Read  any  AW Teen title (full list here:  http://www.albertwhitman.com/teen/ ) and review it anywhere  (your blog, Goodreads, Instagram, YouTube—wherever!). When:   June 15-August 31, 2016 How:  Submit the link to your review  here . You will receive 1 entry for every AW Teen Book you review. You will receive  extra entries  for sharing that review on Goodreads, Netgalley, Edelweiss, Amazon, Barnes and Noble, or other review sites. You will receive  even more extra entries  for following us on our Albert Whitman and AW Teen social media sites! Albert Whitman Social Media accounts: AW Teen Facebook  |  Albert Whitman Facebook  |  Twitter  |  Instagram  |  Pinterest  |  AW Teen Youtube Prize:   Six   AW Teen ’16 titles: Future Shock  (hardcover) Elena Martinez has hidden her eidetic memory all her life—or so she thinks. When powerful tech giant Aether Cor
Post a Comment
Read more

Top ten favorite summer activities of favorite things about summer. This is absolutely in no particular order. 1. BOOOOOOOOKS! Yay!!! This is, by far, my favorite activity. I am a teacher as well as an author so my academic year is so busy! This summer, I am embarking on The Summer of 100 Books challenge. I made it up so you can join in if you want. The 100 also includes ten picture books (because I love picture books and so, so many good ones have come out recently). I read two graphic novels yesterday, Smile by Raina Telgemeier and That One Summer by Mariko Tamaki. So I’ve only got 98 more to go by Sept 7 (when school starts again).  2. The beach. One of the best parts about living in Rhode Island are our incredible beaches. 3rd beach in Narragansett, East Beach, and Roger Wheeler Beach are amazing. I can stay for hours reading, eating, and if it’s not FREEZING – swim! 3. Dels. Okay so it’s weird and I will include some images with this post. Becaus
Post a Comment
Read more

Check out this excerpt from the highly anticipated NINTH CITY BURNING 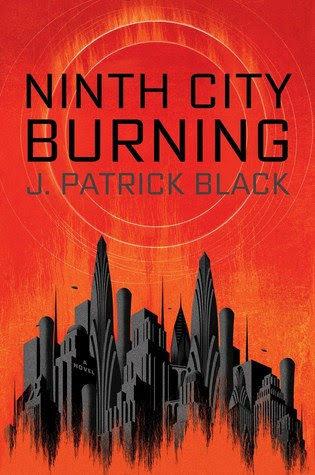 NINTH CITY BURNING By J. Patrick Black Ace Hardcover ISBN: 9781101991442 $27.00 / 496 pages September 6, 2016 We never saw them coming.  Entire cities disappeared in the blink of an eye, leaving nothing but dust and rubble. When an alien race came to make Earth theirs, they brought with them a weapon we had no way to fight, a universe-altering force known as thelemity. It seemed nothing could stop it—until we discovered we could wield the power too. Five hundred years later, the Earth is locked in a grinding war of attrition. The talented few capable of bending thelemity to their will are trained in elite military academies, destined for the front lines. Those who refused to support the war have been exiled to the wilds of a ruined Earth. But the enemy’s tactics are changing, and Earth’s defenders are about to discover this centuries-old war has only just begun. As a terrible new onslaught looms, heroes will rise from unlikely quarters, and fight bac
Post a Comment
Read more 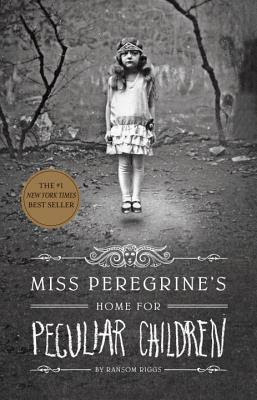 I love this series, and I can't wait to see the movie. I'm happy to help Quirk books celebrate  #5PeculiarYears   Quirk Books is super excited to celebrate  #5PeculiarYears  (especially with the movie coming out this September) and is  is running a contest for fans of the series over at  http://www.quirkbooks.com/ 5PeculiarYears . All you need to do is submit your  Miss Peregrine  fan art, cosplay, shelfies, or selfies and use the hashtag: #5PeculiarYears to be entered to win a number of prizes.  AND THAT'S NOT ALL The amazing people at Quirk are letting me give away a Peculiar tote on To Read, or Not To Read. This giveaway is open to    US, UK, and Canada. You must be at least 13 years old to enter. Please read our giveaway policy before entering. a Rafflecopter giveaway
2 comments
Read more 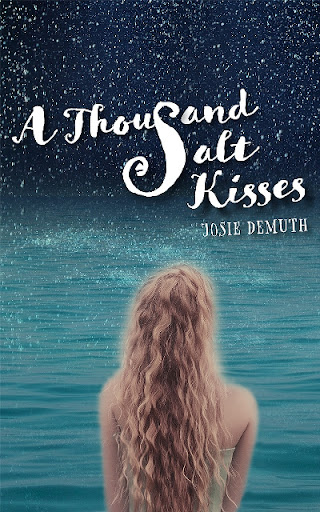 A Thousand Salt Kisses by Josie Demuth Publication Date: April 2016 Wise Ink Press Series: Salt Kisses, Book One Genre: Young Adult/Fantasy/Romance/Mer-Stories Beautiful Crystal White is the new girl on the remote Starfish Island. During a party on the mainland, she goes for a midnight swim with other party goers where she meets the handsome, intriguing Llyr amongst the waves. As she heads back to shore she realizes that he is not behind her and that nobody at the party remembers him. Crystal can't seem to shake Llyr from her mind and returns to the beach in the hope of meeting him again. When she finally does, she realizes there may be more truth to the ramblings of the island folk than she thought. To add more drama to her life, Crystal's mother and her father are at war over a local power station that is devastating local marine life. Over a sizzling roller coaster summer, it becomes apparent that all these events are not entirely unrelated and Cryst
Post a Comment
Read more
More posts