June's New Books on the Block

Every month, To Read, or Not To Read receive many requests for book reviews, and as much as we love reading, we often don't have time to read and review every single book that comes our way. So, a feature was created to help spread the word about books that you might not know about: New Books on the Block. This feature is designed to highlight new-ish books in the literary world. Doesn't matter if it's self-published, indie, or what. If you're an author and would like to appear on this feature, please fill out the form for July's NBOTB.


From the award-winning author of Sinners and the Sea comes a breathtaking new look into the timeless tale of Queen Esther.A glittering Persian king has a vast empire that reaches farther than where the sun meets the horizon. He is bathed in riches and commands a frightening military force. He possesses power beyond any other mortal man and rules his kingdom as a god. Anything he desires, he has. Any woman he wants, he possesses. Thousands of them. Young virgins from all across his many lands.A Jewish girl is ripped from her hut by the king’s brutish warriors and forced to march across blistering, scorched earth to the capitol city. Trapped for months in the splendid cage of the king’s palace, she must avoid the ire of the king’s concubines and eunuchs all while preparing for her one night with the king. Soon the fated night arrives, and she does everything in her power to captivate the king and become his queen.But wearing the crown brings with it a new set of dangers. When a ruthless man plies the king’s ear with whispers of genocide, it is up to the young queen to prevent the extermination of the Jews. She must find the strength within to violate the king’s law, risk her life, and save her people.This is a story of finding hidden depths of courage within one’s self. Of risking it all to stand up for what is right.This is the story of Queen Esther. 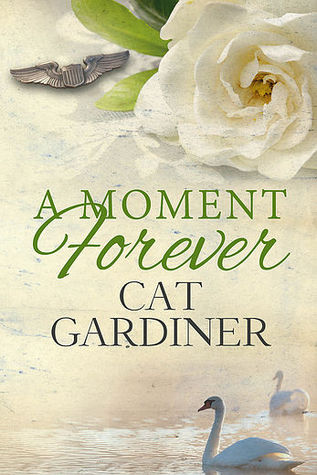 A Moment Forever
by Cat Gardner
Published May 28, 2016

In every footlocker, hope chest, and heart full of secrets there is a story waiting to be discovered and told.

In the summer of 1992, a young writer is bequeathed the abandoned home of a great-uncle she never knew. The house has a romantic history and is unlike any home she has ever seen. Juliana Martel felt as though she stepped into a time capsule—a snapshot of 1942. The epic romance—and heartache—of the former occupant unfold through reading his wartime letters found in the attic, compelling her on a quest to construct the man. His life, as well as his sweetheart’s, during the Second World War were as mysterious as his disappearance in 1950.

Carrying her own pain inflicted by the abandonment of her mother and unexpected death of her father, Juliana embarks on a journalist’s dream to find her great-uncle and the woman he once loved. Enlisting the reluctant assistance of a man whose family is closely related to the secrets, she uncovers the carefully hidden events of her great-uncle's and others' lives - and will ultimately change her own with their discovery.

This story of undying love, born amidst the darkest era in modern history, unfolded on the breathtaking Gold Coast of Long Island in 1942. A Jewish, Army Air Forces pilot and an enchanting society debutante—young lovers—deception—and a moment in time that lasted forever.

A Moment Forever is an evocative journey that will resonate with you long after you close the book. Romance, heartache, and the power of love, atonement, and forgiveness transform lives long after the horrors and scars of the Second World War have ended.
New Books on the Block