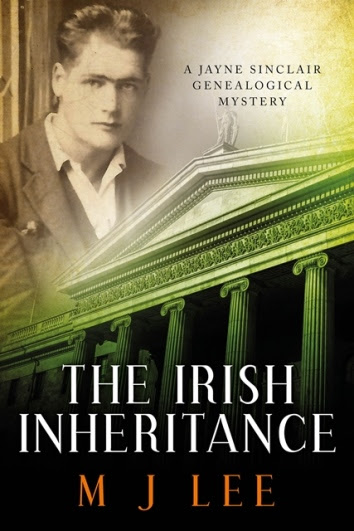 A British Officer is shot dead on a remote hillside south of Dublin.

Former police detective, Jayne Sinclair, now working as a genealogical investigator, receives a phone call from an adopted American billionaire asking her to discover the identity of his real father.

How are the two events linked?

Jayne Sinclair has only three clues to help her: a photocopied birth certificate, a stolen book and an old photograph. And it soon becomes apparent somebody else is on the trail of the mystery. A killer who will stop at nothing to prevent Jayne discovering the secret hidden in the past.

The Irish Inheritance takes us through the Easter Rising of 1916 and the Irish War of Independence, combining a search for the truth of the past with all the tension of a modern-day thriller.

It is the first in a series of novels featuring Jayne Sinclair, genealogical detective. 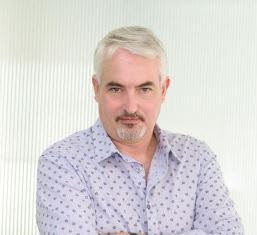 Martin has spent most of his adult life writing in one form or another. As a University researcher in history, he wrote pages of notes on reams of obscure topics. As a social worker with Vietnamese refugees, he wrote memoranda. And, as the creative director of an advertising agency, he has written print and press ads, tv commercials, short films and innumerable backs of cornflake packets and hotel websites.

He has spent 25 years of his life working outside the North of England. In London, Hong Kong, Taipei, Singapore, Bangkok and Shanghai, winning awards from Cannes, One Show, D&AD, New York and London Festivals, and the United Nations.

When he’s not writing, he splits his time between the UK and Asia, taking pleasure in playing with his daughter, researching his family history, practicing downhill ironing, single-handedly solving the problem of the French wine lake and wishing he were George Clooney.

You can find more information on M.J. Lee and his novels on Goodreads, Amazon, Facebook, and Twitter.

Friday, July 15
A Literary Vacation
To Read, Or Not to Read

Sunday, July 17
Passages to the Past
Beth's Book Nook Blog