Every month, To Read, or Not To Read receive many requests for book reviews, and as much as we love reading, we often don't have time to read and review every book that comes our way. So, this feature was created to help spread the word about books that you might not know about: New Books on the Block. It's designed to highlight new-ish books in the literary world. Doesn't matter if it's self-published, indie, or whatever. I hope you get a chance to check out some of these books. 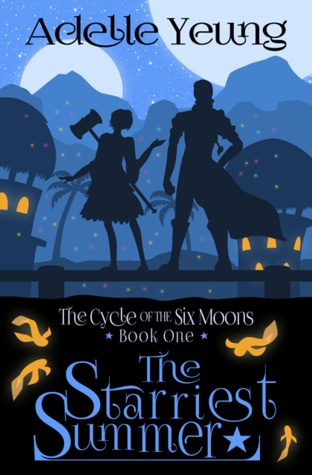 The Starriest Summer by Adelle Yeung

Fifteen-year-old Michelle saves the world on a daily basis…with her trusty video game controller, of course! Naturally, she jumps at the chance to play an experimental virtual reality game.

The beautiful fantasy world of Starrs? Check. The power to mold matter? Check. No reset button? Wait, she didn’t sign up for this!

Turns out Starrs is really real, and to make matters worse, Michelle’s interference awakens the Cycle of the Six Moons, a series of devastating trials that will devour the universe.

Fighting the apocalypse was way easier when danger stayed on the other side of the screen, but Michelle finds a secret weapon in her new-found powers. She uses them to rescue the crown prince of a powerful magic kingdom from their sworn enemies, a technologically-advanced cult that strives to eradicate magical blood.

Michelle starts to fall for Prince Jayse, the only one who believes Michelle to be a savior rather than a curse. But not even video games could prepare her for what the cult has in store for them… 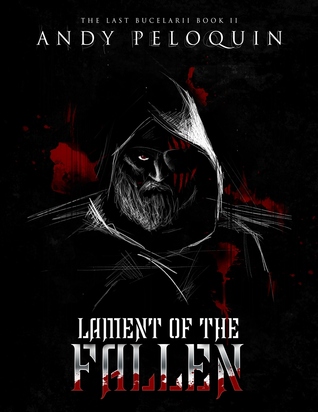 The Last Bucelarii (Book 2): Lament of the Fallen by Andy Peloquin
The Hunter of Voramis is no more.Alone with the bloodthirsty voices in his head, fleeing the pain of loss, he has one objective: travel north to find Her, the mystery woman who plagues his dreams and haunts his memories. When he stumbles upon a bandit attack, something within urges him to help. His actions set him at odds with the warrior priests commanded to hunt down the Bucelarii. Left for dead, the Hunter must travel to Malandria to recover his stolen birthright. There, he is inexorably drawn into direct conflict with the Order of Midas, the faceless, nameless group of magicians that holds the city in a grip of terror. All while struggling to silence the ever-louder voice in his mind that drives him to kill.From feared assassin to wretched outcast, the Hunter's journey leads him to truths about his forgotten past and the Abiarazi he has pledged to hunt. His discoveries will shed light on who he really is…what he really is.Fans of Joe Abercrombie, Brandon Sanderson, and Brent Weeks will love the Hunter… 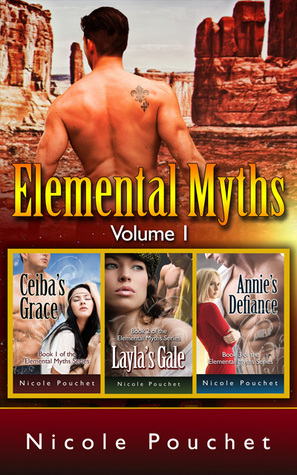 One destiny. Three paths. CEIBA'S GRACE (Book 1) In a pre-Incan society ten thousand years ago, Ceiba is the living vessel of the Mother Earth goddess. Duty dictates her coming marriage to the god of the spiritual realm’s living vessel, Malc. An irresistible love draws her to the guard sworn to protect her. LAYLA'S GALE (Book 2) Life is finally on track for fledgling stage actress Layla Cohen until she realizes her gorgeous new director, Sebastian, is the star of the erotic dreams which she’s been having for months. She could handle the uncomfortable work situation if not for the further evidence she’s losing her mind: The wind suddenly whooshes at her command; memories of a past life emerge; and she’s sure someone is trying to kill her. Meanwhile, director Sebastian Tawanti is steering his small D.C. theater company into the big-time with his Incan mythology-based play. The culmination of his life’s work, he won’t let anything stand in the way of his play's success--not his mother's objections, not the inappropriate heat he feels for Layla, and not even the mysterious, empathic symptoms he's experienced since meeting her. As Layla and Sebastian struggle with new love and burgeoning power, a sinister force unravels to fulfill an ancient prophecy. Will they learn the truth behind the Incan mythology script in time to save their lives, the love they’re destined to share, and the future of humanity? ANNIE'S DEFIANCE (Book 3) D.C. lawyer, Annie Birch, believes her life is one logical assessment after another. That changes, however, on the day she accidentally teleports during a high-profile negotiation. Knowing her new power must be a side effect after miraculously getting healed by the Incan Mother Earth goddess doesn’t help matters. Annie has already seen how emerging powers like hers also come with psycho villains that are bent on destroying her, as well as the corporeal world. The icing on the cupcake of her ridiculous day is two gorgeous men who show up on her doorstep, both vying for her attention. Now, her choices involve much more than her oft-neglected libido. Annie is tasked to play a role in the Incan prophecy, which she prefers to watch from the sidelines. Will she stick to her safe, legal path? Or will she defy all logic to experience the decidedly more fun adventures being thrust her way? 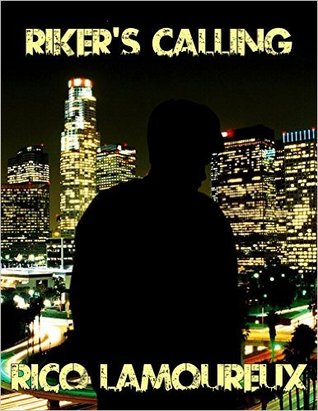 From school bullies to the crime-ridden streets of his hometown of Los Angeles, Jeremy Riker has always felt the need to do something about the injustice surrounding him. Just as he sets out on his journey as an urban warrior, he unknowingly gives rise to an obsessive adversary, who ends up becoming one of the most notorious serial killers the city has ever known. Dubbed by the news media as The Spyderco Killer, the methodical psychopath roots himself deep into Riker's life for the long haul, until his own madness propels everything into an intense climax. 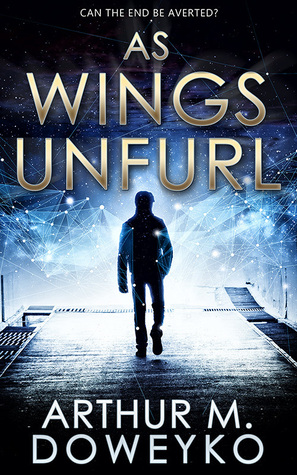 As Wings Unfurl by Arthur M. Doweyko
Applegate Bogdanski returns from Vietnam with a missing leg, a Purple Heart, and an addiction to morphine. He stumbles through each day, looking forward to nothing and hoping it will arrive soon. When he attempts to thwart a crime, he is knocked unconscious and wakes up to discover that people are once again calling him a hero, though he feels undeserving of the praise.Apple returns to work and meets Angela, a mysterious woman who claims to be his guardian. Immediately, he feels a connection to her, which morphs into an attraction. But he soon discovers that Angela is much more than she seems.Apple and Angela are swept up in a conspiracy that stretches through time and space. Together, they must fight to save everything they hold dear from an alien race bent on destroying humanity 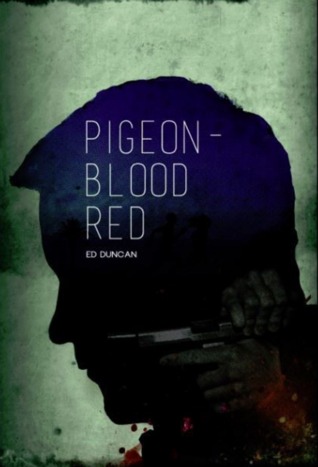 For underworld enforcer Richard "Rico" Sanders, it seemed like an ordinary job. Retrieve his gangster boss's priceless pigeon-blood red ruby necklace and teach the double-dealing cheat who stole it a lesson. A job like a hundred before it. But the chase quickly goes sideways and takes Rico from the mean streets of Chicago to sunny Honolulu, where the hardened hit man finds himself in uncharted territory when a couple of innocent bystanders are accidentally embroiled in the crime.As Rico pursues his new targets, the hunter and his prey develop an unlikely respect for one another and Rico is faced with a momentous decision: follow his orders to kill the couple whose courage and character have won his admiration, or refuse and endanger the life of the woman he loves?