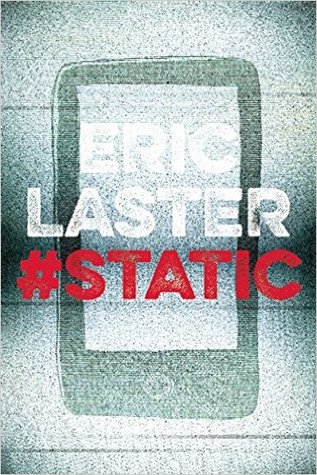 About the Book: Award-winning middle grade author Eric Laster makes his YA debut with Static, a story about the universal themes of love, lust, family dysfunction, and death—with paranormal, murder-mystery twists.
When Curtis Brooks gets a phone call from his older brother Wilt the week after his funeral, he’s sure his brother is reaching out from beyond the grave to find evidence that will lead to his murderer’s arrest. But Wilt claims he wasn’t murdered; his calling is standard protocol for newly deceased at the Aftermart—a kind of inescapable, ever-expanding Walmart filled with obsolete technology and discontinued products.
Curtis embarks on a dangerous plan to find the killer, which soon has him scheming against a billionaire and fumbling toward love with his brother’s ex-girlfriend Suzy, all while struggling with typical high school drama and his single mom’s questionable choices.
Why does Wilt help Curtis win over Suzy, even as he organizes a rebellion at the Aftermart? Who wanted him dead? Curtis risks his life to answer these questions, in the process forging a bond with his brother unlike any they ever had.
Curtis’s realistic struggles with divorced parents, a brother’s death, seemingly unattainable crushes, school bullies, and the effects of his ADD medication will resonate with modern teens; his dry wit and pitch-perfect voice cut to the heart of the relationships and experiences that make us human. As he grapples with his grief and works to solve his brother’s murder, Curtis gains a new appreciation for the brotherly love that transcends even death, as well as a better understanding of himself and the world around him.
In Static, author Eric Laster balances the novel’s emotional weight with absurd, satirical, and suspenseful elements to create an engaging, complex world that will captivate YA enthusiasts. 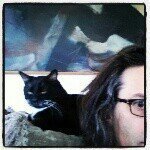 About the Author:  A New Yorker by birth, Eric Laster lives in Los Angeles. After a successful stint as a best-selling ghostwriter, Eric re-launched under his own name with the middle-grade novel Welfy Q. Deederhoth: Meat Purveyor, World Savior.  Whenever he’s not scribing, he records punk rock and presses it to vinyl.

1. What would your ideal "Aftermart" be?

The Aftermart in Static is a purgatory, so given a choice, I’d rather not visit anything resembling it too closely. That said, I wouldn’t mind if my afterlife consisted of a brief visit to a “place” where I could commune with objects and entertainments I’d enjoyed during my time as a physical being—objects and entertainments that called up memories of people I’d loved. In other words, my ideal Aftermart would be one whose stocked items served as touchstone for a panoramic reverie of the years I’d lived.

2. Have you had any ghostly encounters?

Considering that I wrote most of Static while sitting in the cemetery closest to my home, I have had surprisingly few. Although it was curious to look up from my pages at one point and see the grave of L. Frank Baum (The Wonderful Wizard of Oz); I’d been writing in that spot for weeks and hadn’t noticed the grave, and then all of a sudden there it was. Another time, in a different part of the cemetery, I paused in my work and discovered that I was next to the grave of Theodore Dreiser, an American writer from the early 20th century. Coincidence? Spooky? Both!
Also, memories are, to me, ghostly presences and I am visited by persistent ones daily.

I prefer not to put things in hierarchical lists, since on different days, I am more or less attracted to different bands, different types of music. Not necessarily in order of importance…