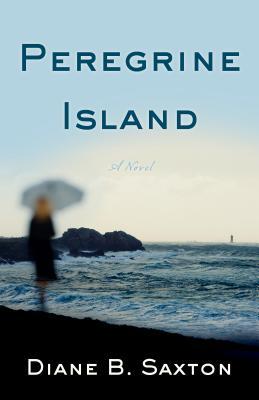 The Peregrine family’s lives are turned upside down one summer when so-called “art experts” appear on the doorstep of their Connecticut island home to appraise a favorite heirloom painting. When incriminating papers, as well as other paintings, are discovered behind the artwork in question, the appraisal turns into a full-fledged investigation. Antagonism mounts between grandmother, mother, and child, who begin to suspect one another, as well as the shady newcomers in their midst, of foul play.

As the summer progresses and the Peregrines discover facts about their past in the course of the investigation, they learn that people―including them―are not always who they appear to be. But when they uncover the painting’s deepest secret, it gives them the gift of love that they have unconsciously been seeking all along.

Diane B. Saxton's debut novel, Peregrine Island, tells the story about a dysfunctional family, a mysterious painting, and the intriguing island where it all takes place. As I was reading this book I couldn't help but fantasize what it would be like to live on my own personal island. For some people it might be too isolated, but for me and my introverted self, I think I might like it. For a little bit at least. Because as much good as some solitude would do me, I think there might be a danger in cutting oneself off from the rest of the world. And even though the characters in this novel aren't really cut off from the rest of the world, they're all using the island as an escape, a hiding place.

The story revolves around a painting. A painting that has hung above Winter Peregrine's fireplace for many years. Winter lives in her family's ancestral home with her daughter, Elsie, and Elsie's daughter, Peda on Peregrine Island. Winter gets a call one day, supposedly from the people at Getty, who want to examine the painting. But when three men show up, Elsie can tell from the get-go that they might not be exactly who they say they are and questions their motives. When the gentlemen closely examine the painting they find out more than they bargained for, and that's when the mystery really begins.

The plot of this story is really fascinating. The mystery behind the painting and the circumstances surround it was intriguing. The characters in this novel, however, I didn't care for so much. Winter holds on to the ideals of yesteryear. There's a giant wedge between Winter and Elsie. There are moments of almost tenderness between the two, but they're fleeting. Even though Peda is a small child, Elsie seems to care little for her. In fact, there are some disturbing scenes between these two. Even though Winter is standoffish, she seems to have an okay relationship with her granddaughter. These characters are all so different from each other, it's hard to imagine they come from the same family. But families are like that, I suppose.

If I was going on just the plot alone, I would rate this book four stars. But the characters in this novel left me wanting. I tried to empathize with the characters. I wanted to understand their motives, their choices, but I just couldn't. In the end, I felt nothing for them. And for me, it's important to find a connection to the characters in order to really enjoy the book.