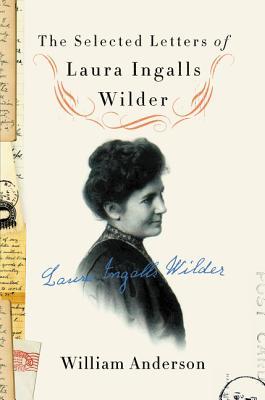 Available for the first time and collected in one volume, the letters of one of America’s most beloved authors, Laura Ingalls Wilder—a treasure trove that offers new and unexpected understanding of her life and work.

The Selected Letters of Laura Ingalls Wilder is a vibrant, deeply personal portrait of this revered American author, illuminating her thoughts, travels, philosophies, writing career, and dealings with family, friends, and fans as never before.

This is a fresh look at the adult life of the author in her own words. Gathered from museums and archives and personal collections, the letters span over sixty years of Wilder’s life, from 1894–1956 and shed new light on Wilder’s day-to-day life. Here we see her as a businesswoman and author—including her beloved Little House books, her legendary editor, Ursula Nordstrom, and her readers—as a wife, and as a friend. In her letters, Wilder shares her philosophies, political opinions, and reminiscences of life as a frontier child. Also included are letters to her daughter, writer Rose Wilder Lane, who filled a silent role as editor and collaborator while the famous Little House books were being written.

Wilder biographer William Anderson collected and researched references throughout these letters and the result is an invaluable historical collection, tracing Wilder’s life through the final days of covered wagon travel, her life as a farm woman, a country journalist, Depression-era author, and years of fame as the writer of the Little House books. This collection is a sequel to her beloved books, and a snapshot into twentieth-century living.

I have a confession: I didn't read the Little House books as a child. I did, however, watch reruns of the television series Little House on the Prairie starring Michael Landon and Melissa Gilbert. I fell in love with the characters of the series, especially Laura. I couldn't stand the insufferable Nellie. I loved watching the family through their good times and bad. It wasn't until I was a little older that I realized the television series was based on books. It wasn't until I had children of my own that I finally read Little House in the Big Woods.

I wanted to kick myself for not reading these books sooner. Not only are they wildly entertaining, they are also autobiographical. First published in 1932, the Little House books became an instant success among children across the world. Laura's childhood growing up in a pioneer family has entertained kids for decades.

The Selected Letters of Laura Ingalls Wilder edited by William Anderson came out in March of 2016 and I couldn't wait to read it. For me, this wasn't a book to devour in one sitting. Instead, it was a book that I read a little at a time. Savoring it like a glass of wine. And I'm glad I did.

The letters in this book start in 1894 and span until 1956. They are addressed to her husband, daughter, publisher, and fans. Some letters tell day-to-day activities while others refer to the creating of Wilder's beloved series. A few of my favorite letters to read were written as Laura and her daughter traveled across the United States when the highways of America were still being built. It's hard for me to imagine that because in my lifetime they've always existed.

This is a book I highly recommend for fans of Little House, book or television series. It gives you a behind the scenes look at the publishing of her books and a glimpse inside the personal life of a literary icon. Not to mention, a fantastic glimpse into history. Do yourself a favor and read this book.