Interview with A Character in Reality Author, Nicholas Bridgman 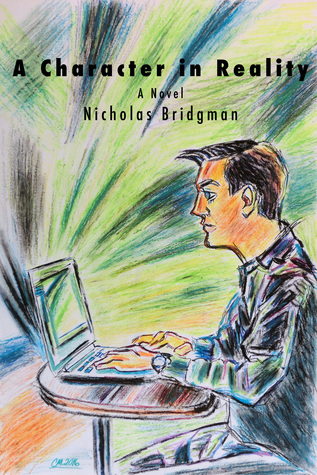 What would you do if a character in a novel you wrote actually came to life? What if the character learned his whole reality was just a construct created by you, the story’s narrator? In A Character in Reality, Detective Gladstone, a fictional character from the narrator’s Flaming Locket series, gains consciousness and steps out of a novel into reality. He adjusts to the real world with the narrator’s help, picking up insights along the way about what it means to be human. He eventually becomes too real to exist in the narrator’s fiction and is stranded in reality, taking up acting as a profession. He likes this work because he can be fully directed and have pre-written lines to say, just like in fiction. But when he becomes too famous, people catch on that he was originally a character from a novel, and an extremist anti-illegal immigrant group does not want him living in reality. The group believes that characters from a book belong in a book, not in the real world. Gladstone must face down the group’s leader and in so doing fully self-actualize, becoming a much loved American hero in the process.

1. What do you think it means to be alive?
Being alive means being sentient, able to perceive with one’s senses and interact with the qualities of the real world that surrounds us.
2. What are some of the major obstacles Gladstone has to overcome when he becomes human?
Gladstone comes to reality from fiction, so at first, simple tasks such as walking, eating, or sleeping present major obstacles—Gladstone has never done them on his own before, as a living human being.  Even the easiest tasks are fraught with difficulty and fear, since they are all new to him and he does not know what might happen, having always been directed by the narrator.  Later on, Gladstone faces obstacles such as finding employment and securing housing, but he overcomes these more easily the longer he is able to adjust to reality.  The final obstacle he faces is an extremist anti-illegal immigrant terrorist group that does not want him in reality, and is ready to kill to force him to leave and return to fiction.
3. Who would you like to narrate the story of your life?
I would like an artist friend of mine named Carlos to narrate the story of my life, because he would be empathetic and understanding towards everything I have lived through, having shared a lot of the struggles as well as creative interests I have had.
4. Who are your favorite writers?
My favorite writers are John Steinbeck, Ann Patchett, and Thornton Wilder.
5. Who is your hero of fiction?
My favorite hero of fiction has always been Tintin.  I grew up reading every one of his comic books, and the brilliant illustrations and fun stories still entertain me to this day.