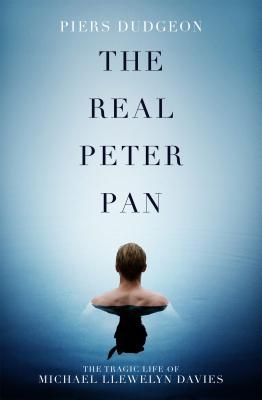 The world has long been captivated by the story of Peter Pan and the countless movies, plays, musicals, and books that retell the story of Peter, Wendy, and the Lost Boys. Now, in this revealing behind-the-scenes book, author Piers Dudgeon examines the fascinating and complex relationships among Peter Pan's creator, J.M. Barrie, and the family of boys who inspired his work.

After meeting the Llewelyn Davies family in London's Kensington Garden, Barrie struck up an intense friendship with the children and their parents. The innocence of Michael, the fourth of five brothers, went on to influence the creation of Barrie's most famous character, Peter Pan. Barrie was so close to the Llewelyn Davies family that he became trustee and guardian to the boys following the deaths of their parents. Although the relationship between the boys and Barrie (and particularly between Barrie and Michael) was enduring, it was punctuated by the fiercest of tragedies. Throughout the heart-rending saga of Barrie's involvement with the Llewelyn Davies brothers, it is the figure of Michael, the most original and inspirational of their number, and yet also the one whose fate is most pitiable, that stands out.

The Real Peter Pan is a captivating true story of childhood, friendship, war, love, and regret.

"The Real Peter Pan is the story, both joyous and tragic, of a beautiful boy who was chosen by Barrie to be his gateway to the magical world of childhood, which he longed to recapture, and to the strange spiritual world of his later work."


Like so many others that have come before me and after me, I met Peter Pan as a child. Not the actual Peter Pan, mind you, but the Peter Pan Walt Disney so gladly bestowed upon the world. Neverland has become a place of mystic legend. A place where one goes when they don't want to grow up. A place where we as children and sometimes adults long to escape to.

J.M. Barrie managed to enthrall generation after generation of children, even to this day. How did Barrie manage to tap into the magic which he bestowed upon millions of children? He had a real-life inspiration in a boy named Michael Davies.

Piers Dudgeon has many talents, among them is bestselling author of biographies on novelists such as Catherine Cookson, Daphne du Maurier, and Edward de Bono, and, of course, J.M. Barrie. In this book Dudgeon explores the friendship between the Davies family and the famous author, even alluding to the possibility of unsavory acts that Barrie may or may not have been guilty of.

The Real Peter Pan gives you an excellent insight to the famous author and playwright. He befriended the family before Michael, the boy who would be Peter Pan, was born. Barrie was a true introvert that only a handful of people really got to know. His character was sometimes peculiar and at times downright odd. But to the Davies, he was like a member of the family and after the death of Michael's parents, he was even the children's guardian. This book follows Barrie's relationship with Michael until Michael's untimely death.

Before reading this book, I didn't know the story behind Peter Pan. A real person to influence the unforgettable characters. I'm so glad I had the opportunity to read it. It will forever change the way I see this classic novel.