Showing posts from December, 2016
Show all

Welcome to Gideon Davorin’s Traveling Sideshow, where necromancy, magical visions, and pyrokinesis are more than just part of the act… Mara has always longed for a normal life in a normal town where no one has the ability to levitate or predict the future. Instead, she roams from place to place, cleaning the tiger cage while her friends perform supernatural feats every night. When the struggling sideshow is miraculously offered the money they need if they set up camp in Caudry, Louisiana, Mara meets local-boy Gabe…and a normal life has never been more appealing. But before long, performers begin disappearing and bodes are found mauled by an invisible beast. Mara realizes that there’s a sinister presence lurking in the town with its sights set on getting rid of the sideshow  freeks . In order to unravel the truth before the attacker kills everyone Mara holds dear, she has seven days to take control of a power she didn’t know she was capable of—one that could change her future for
3 comments
Read more 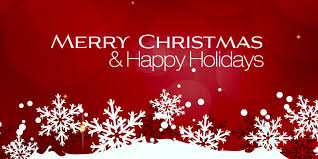 Do you know about Beaks and Geeks? #Giveaway 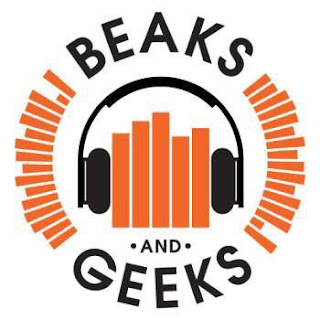 This time of year is hectic for a lot of people. There seems to be an endless itinerary of activities. And while I enjoy most of it, I often find myself missing my quiet reading time. I've found that during busy times I enjoy listening to audiobooks and podcasts. It's my pleasure to introduce you to a podcast that you might not know about: Beaks and Geeks ,  which you can subscribe to on  iTunes  and  Sound Cloud .  They've rounded up ten   podcast episodes   with authors whose books have been featured in popular year-end reading lists. This includes conversations with Helen Ellis, author of   American Housewife ; Yaa Gyasi, author of the ambitions debut novel   Homegoing ; Nora Ephron, author of   Siracusa , and others. Penguin Random House has generously offered to give away a copy of a copy of  Colin Dickey’s Ghostland  to one of my lucky readers. Check out Dickey's interview on Beaks and Geeks below. To enter fill out the form below. This giveaway is open to
5 comments
Read more 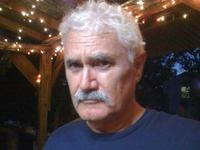 My name is Andrew Joyce and I write books for a living. I would like to thank the good folks at To Read, Or Not To Read for allowing me to be here today to promote my latest, Yellow Hair ,  which speaks to the injustices done to the Sioux Nation from their first treaty with the United States in 1805 through Wounded Knee in 1890. Every death, murder, battle, and outrage I write about actually took place. The historical figures that play a role in my fact-based tale of fiction were real people and I use their real names. Yellow Hair is an epic tale of adventure, family, love, and hate that spans most of the 19th century. Through no fault of his own, a young man is thrust into a new culture just at the time that culture is undergoing massive changes. It is losing its identity, its lands, and its dignity. He not only adapts, he perseveres and, over time, becomes a leader—and on occasion, the hand of vengeance against those who would destroy his adopted people. Now that the comme
2 comments
Read more
More posts