My name is Andrew Joyce and I write books for a living. I would like to thank the good folks at To Read, Or Not To Read for allowing me to be here today to promote my latest, Yellow Hair, which speaks to the injustices done to the Sioux Nation from their first treaty with the United States in 1805 through Wounded Knee in 1890. Every death, murder, battle, and outrage I write about actually took place. The historical figures that play a role in my fact-based tale of fiction were real people and I use their real names. Yellow Hair is an epic tale of adventure, family, love, and hate that spans most of the 19th century.


Through no fault of his own, a young man is thrust into a new culture just at the time that culture is undergoing massive changes. It is losing its identity, its lands, and its dignity. He not only adapts, he perseveres and, over time, becomes a leader—and on occasion, the hand of vengeance against those who would destroy his adopted people.

Now that the commercial is out of the way, we can get down to what I really came here to talk about: the research that goes into writing an historical novel or an action/adventure novel that uses an historical event as a backdrop.

I want to say that I learned the hard way how important proper research is. But it wasn’t really that hard of a lesson. In my first book, which takes place in the last half of the 19th century, I made two mistakes. I had the date of an event off by one year and I had my hero loading the wrong caliber cartridge into his Winchester rifle. I would have gone blissfully throughout life not knowing how I had erred if not for my astute fans. Both mistakes were quickly pointed out to me in reviews of the book. One guy said he would have given me five stars if not for the wrong caliber bullet mistake. I had to settle for only four stars. Lesson learned!

Before I get into telling you about the year-long research I did for Yellow Hair, I’d like to tell you 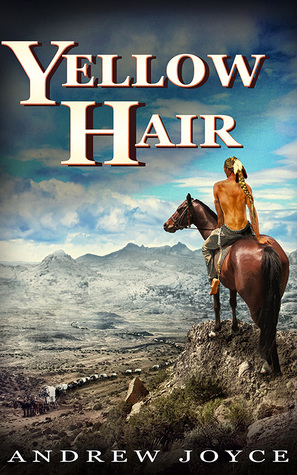 how I researched my second and third books and describe what that research entailed.
My second book was a western and the protagonist was a woman. The research took about three months. I had to know everything from women’s undergarments of the late 19th century to prison conditions for women in those days. (I sent my heroine to jail.) That kind of research was easy. Thank God for the internet. But then I had to do some real research. Molly (my protagonist) built up her cattle ranch to one of the largest in Montana, but she and her neighbors had nowhere to sell their beef. So Molly decided to drive her and her neighbors’ cattle to Abilene where she could get a good price. She put together the second largest herd on record (12,000 head) and took off for Abilene.

This is how I learned about all those things and more. First of all, I found old movies that were authentic in nature. I watched them to get a feel for the trail. Then I read books by great authors who had written about cattle drives to soak up even more of the atmosphere of a cattle drive. That was all well and good, but it still did not put me in the long days of breathing dust and being always fearful of a stampede.

That’s when I went looking for diaries written by real cowboys while they were on the trail. After that, I found obscure self-published books written by those cowboys. Then it was onto newspaper articles written at the time about large cattle drives. That’s how I had Molly herd the second largest cattle drive. I discovered that the largest was 15,000 head, driven from Texas to California in 1882.

My next book took place in the Yukon during the Klondike Gold Rush of 1897. Here new elements were added such as wolves and the extreme weather as adversaries. Dogsledding was also involved. I have seen snow only three times in my life and I have never dogsledded. I knew even less about wolves. I had to learn about those things. I had no idea what it was like to travel across a wilderness on a dogsled at seventy degrees below zero. I also had to acquire knowledge about the dogs themselves, especially the lead dog. I learned about all that by doing the same things I did for my second book. The old diaries were the most helpful. As to the gold rush, there was plenty of material in the form of self-published books by some of the participants. Some were never even published, but I found copies of the manuscripts in the archives of universities and historical societies. Again, newspaper stories printed at the time were very useful. Concerning wolves . . . I read everything I could get my hands on about wolves—their habits, the pack hierarchy, the alpha male, and the different jobs or tasks the males and females have while hunting.

Now we come to Yellow Hair. As I mentioned above, the book is about the Sioux Nation from 1805 to 1890. I had to know both points of view, the white man’s and the Sioux’s. Getting to know the whites’ take on things was easy. There are many, many books (non-fiction) that were written at the time. I even found a book written by Custer detailing his strategy for wiping out the Sioux entirely. That was hard reading. And, again, there were universities and historical societies whose archives were a great help.

As to the Sioux’s point of view, there are a few books that were dictated to newspapermen years later by the Indians that took part in the various battles that I weave into my story. I found a lot of material from Native American participants of the Little Big Horn, written twenty to thirty years after the fact. But I wanted to immerse myself in the Sioux culture and I wanted to give them dignity by using their language wherever possible. I also wanted to introduce them by their Sioux names. So, I had to learn the Lakota language. And that wasn’t easy. There is a consortium that will teach you, but they wanted only serious students. You have to know a smattering of the language before they will even deign to let you in. I had to take a test to prove that I knew some Lakota. I failed the first time and had to go back to my Lakota dictionary and do some more studying. I got in on my second try.


I’m running out of space, so I reckon I’ll wrap it up. I hope I’ve given you a little insight into the research process. It’s time-consuming and sometimes frustrating. But it is also a blast. Every new discovery is like finding the motherlode.

Andrew Joyce left high school at seventeen to hitchhike throughout the US, Canada, and Mexico. He wouldn’t return from his journey until decades later when he decided to become a writer. Joyce has written five books, including a two-volume collection of one hundred and fifty short stories comprised of his hitching adventures called BEDTIME STORIES FOR GROWN-UPS (as yet unpublished), and his latest novel, YELLOW HAIR. He now lives aboard a boat in Fort Lauderdale, Florida, with his dog, Danny, where he is busy working on his next book, tentatively entitled, 10,000 MILES.