Showing posts from January, 2017
Show all

I'm thrilled to be taking part in Mary Ann Marlowe's Release Blitz for her debut, SOME KIND OF MAGIC! Check out the teaser excerpt, and be sure to enter the giveaway below.


SOME KIND OF MAGIC
by Mary Ann Marlowe Publisher: Kensington Publication Date: January 31, 2017
"An amazing first novel." —Sydney Landon, New York Times bestselling author In this sparkling debut novel, Mary Ann Marlowe introduces a hapless scientist who's swept off her feet by a rock star—but is it love or just a chemical reaction?... Biochemist Eden Sinclair has no idea that the scent she spritzed on herself before leaving the lab is designed to enhance pheromones. Or that the cute, grungy-looking guy she meets at a gig that evening is Adam Copeland. As in the Adam Copelandinternational rock god and object of lust for a million women. Make that a million and one. By the time she learns the truth, she s already spent the (amazing, incredible) night in his bed. Suddenly Eden, who's more acc…
4 comments
Read more

Currently Reading
The Book Thieves: The Nazi Looting of Europe's Libraries and the Race to Return A Literary Inheritance

Talking as Fast as I Can by Lauren Graham
What I Finished
Wintersong by S. Jae Jones


My TBR Pile
The Gentleman (audiobook) by Forrest Leo In This Life by Christine Brae In the Shadow of Lakecrest by Elizabeth Blackwell Not Pictured: Around the World in 80 Tales
New Books
Lincoln in the Bardo by George Sanders
The Arrangement by Ashley Warlick
Dream Magic by Joshua Kahn
The Good Widow by Liz Fenton and Lisa Steinke
A Death by Any Other Name by Tessa Arlen
The Book Thieves by Anders Rydell

SHERLOCK HOLMES AND THE NINE-DRAGON SIGIL Excerpt and #Giveaway 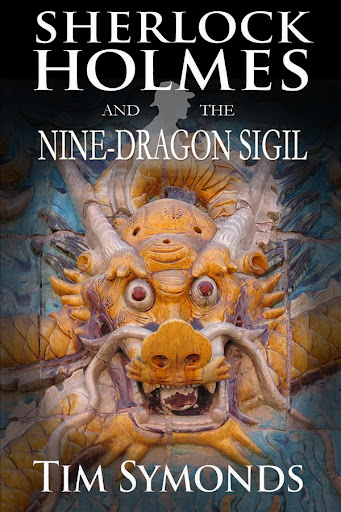 SHERLOCK HOLMES AND THE
NINE-DRAGON SIGIL
Tim Symonds Genre: Mystery and Thriller
Publisher: MX Publishing
Add to Goodreads It's the year 1907. Rumours abound that a deadly plot is hatching - not in the fog-ridden back-alleys of London's Limehouse district or the sinister Devon moors of the Hound of the Baskervilles but in faraway Peking. Holmes's task - discover whether such a plot exists and if so, foil it. But are the assassins targeting the young and progressive Ch'ing Emperor or his imperious aunt, the fearsome Empress Dowager Cixi? The murder of either could spark a civil war. The fate of China and the interests of Britain's vast Empire in the Orient could be at stake. Holmes and Watson take up the mission with their customary confidence – until they find they are no longer in the familiar landscapes of Edwardian England. Instead, they tumble into the Alice In Wonderland world of the Forbidden City. Purchase Links:Amazon (…
Post a Comment
Read more 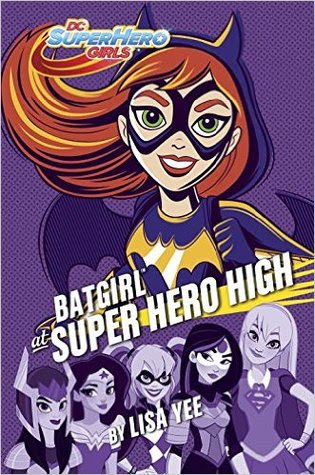 Title: Batgirl at Super Hero High (DC Super Hero Girls #3) Author: Lisa Yee Publisher: Random House Kids Published: January 3, 2017 Hardcover, 240 pages ISBN: 9781101960655 Genre: Children's Middle Grade Source: Published
Summary: Get your cape on with the DC Super Hero Girls the unprecedented new Super Hero universe especially for girls! Readers of all ages can fly high with the all-new adventures of Wonder Woman, Supergirl, Batgirl, and some of the world s most iconic female super heroes as high schoolers!
Batgirl has always hidden in the shadows but does she have what it takes to stand in the spotlight at Super Hero High?
Barbara Gordon has always been an off-the-charts, just-forget-about-the-test super-genius and tech whiz, and then she gets the offer of a lifetime when Supergirl recognizes that Barbara s talents make her an ideal candidate for Super Hero High. Donning the cape and cowl, Barbara Gordon becomes Batgirl, ready to train at the most elite school on the planet, …
Post a Comment
Read more

Christine Brae is thrilled about 2017. Find out why. Plus a #giveaway 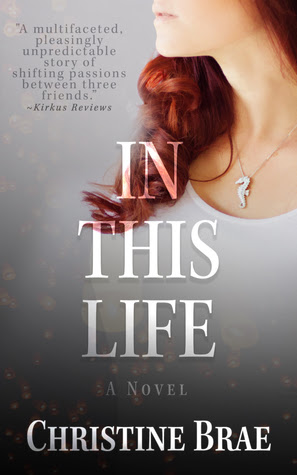 In This Life follows the story of Anna Dillon, who wants to escape her busy life in New York City before she starts medical school in the spring. She ends up volunteering on a medical mission in Thailand with her best friend, Dante. There she meets the passionate and enigmatic Jude Grayson. They’re immediately drawn to him and they share a brief, but fervent affair. Then Anna has to rush home for a medical emergency, and Jude promises that he’ll stay in touch. But he doesn’t, and Anna tries desperately to move on.
Five years later, and she’s married Dante, after giving up hope that Jude will ever return. And then one day, in a chance meeting, they come face to face again. Anna then she learns the life-altering secret of why Jude never called, and why they can’t be together. But passion that ignited on that Thai beach never died, and it becomes impossible for them to stay apart.

What made you decide to set part of the book in Thailand?

On a Personal Note Last week I learned that my grandma was very ill. In fact, the last two years have been difficult for her. On Saturday she passed away. To say I'm grieved would be putting it mildly, but she's finally at peace and so I must make peace with it as well. She was an amazing woman and I will spend the rest of my life missing her.
Currently Reading
Southern Gothic by Dale Wiley
Aspiring author Meredith Harper owns the hottest bookstore in Savannah.
Michael Black is her favorite writer—long thought dead—until he mysteriously approaches Meredith with a new manuscript, and a most unusual offer. Meredith can keep the manuscript to herself, or publish it under her own name.
Her decision results in a bestseller, but the novel contains a coded secret; one that will put her on trial for murder and in hiding from "the blood stalker," proving too late that making a deal with the devil comes at a heavy price.
What I Finished
Scrappy Little Nobody by Anna Kendrick

Spotlight: The Echo of Twilight 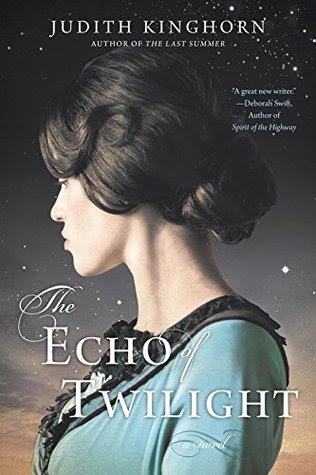 Historical Fiction fans, here's another book to add to your TBR list. You're welcome


Berkley Trade Paperback Original; January 3, 2017; $16.00)
1914. Whispers of war are rapidly spreading across Europe as a dark cloud of uncertainty settles over England. But with the promise of a glamorous new career as a lady’s maid, one young woman’s future has never been so bright in Judith Kinghorn’s new World War I period piece, THE ECHO OF TWILIGHT (Berkley Trade Paperback Original; January 3, 2017; $16.00).
Once hired by Lady Ottoline Campbell—a beautiful Northumberland aristocrat—Pearl Gibson cannot help but be swept up into Ottoline’s dazzling world of luxury and scandal. Although at first perturbed by Ottoline’s unusually brazen demeanor, Pearl soon develops a deep and complicated bond with her rather eccentric employer.
While accompanying the Campbells on an annual stay in their Scottish summer estate, Pearl unexpectedly falls for Ottoline’s gentle, artistic cousin—but it’s not long be…
Post a Comment
Read more

Author: Terry MaggertNarrator: Erin SpencerLength: 7h 19mPublisher: Terry Maggert⎮2016Genre: ParanormalRelease date: May 23, 2016
The circus came to Halfway, and they brought the weird. When clowns, vampires, and corpses start piling up in town, Carlie has to break away from her boyfriend, Wulfric, to bring her witchy skills to the table- or grill, as the case may be. When the body of a young woman washes up in the lake, it unleashes a spiral of mystery that will bring Carlie, Gran, and Wulfric into a storm of magical warfare. Spells will fly. Curses will rain. Amidst it all, Carlie will make waffles, protect her town, and find out if a man from the distant past can join her in happy ever after. With love and honor at stake, Carlie has no peer. Buy on Audible⎮Amazon⎮iTunes


Left-handed. Father of an apparent nudist. Husband to a half-Norwegian. Herder of cats and dogs. Lover of pie. I write books. I've had an unhealthy fascination with dragons since the age of-- well, for a while. Nat…
2 comments
Read more 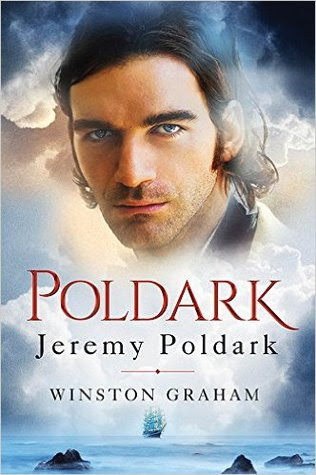 Ross Poldark faces the darkest hour of his life in this third novel of the Poldark series. Reeling from the tragic death of a loved one, Captain Poldark vents his grief by inciting impoverished locals to salvage the contents of a ship run aground in a storm—an act for which British law proscribes death by hanging. Ross is brought to trial for his involvement, and despite their stormy marriage, Demelza tries to rally support for her husband, to save him and their family.

But there are enemies in plenty who would be happy to see Ross convicted, not the least of which is George Warleggan, the powerful banker whose personal rivalry with Ross grows ever more intense and threatens to destroy the Poldarks.

And into this setting, Jeremy Poldark, Ross and Demelza’s first son, is bor…
Post a Comment
Read more 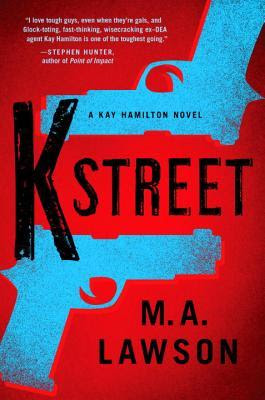 Pulitzer Prize winner Stephen Hunter (Point of Impact, the Swagger series) said, “I love tough guys, even when they’re gals, and Glock-toting, fast-thinking, wisecracking ex-DEA agent Kay Hamilton is one of the toughest going.”
The latest installment in M.A. Lawson's thrilling Kay Hamilton series, K Street finds the ex-DEA agent working solo to uncover the motivations behind a gruesome shooting at a covert intelligence agency in Washington, D.C.It’s been almost a year since Kay Hamilton was fired from the DEA for going rogue. Since then, she’s been employed by the Callahan Group, a covert intelligence agency based in Washington, D.C. Her job description is as dubious as the people she works for, and the undercover mission that nearly killed her in Viking Bay has Hamilton questioning the legitimacy of her employers.When Hamilton arrives at the Callahan Group’s K Street office to tender her resignation, she unwittingly interrupts a deadly heist during which the robbers have stolen th…
5 comments
Read more
More posts