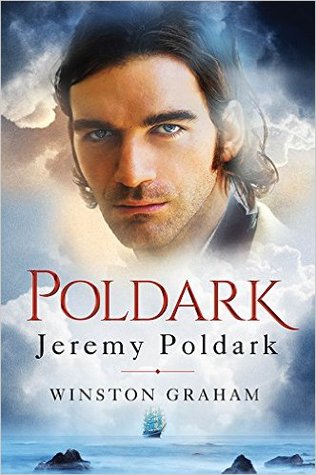 Ross Poldark faces the darkest hour of his life in this third novel of the Poldark series. Reeling from the tragic death of a loved one, Captain Poldark vents his grief by inciting impoverished locals to salvage the contents of a ship run aground in a storm—an act for which British law proscribes death by hanging. Ross is brought to trial for his involvement, and despite their stormy marriage, Demelza tries to rally support for her husband, to save him and their family.

But there are enemies in plenty who would be happy to see Ross convicted, not the least of which is George Warleggan, the powerful banker whose personal rivalry with Ross grows ever more intense and threatens to destroy the Poldarks.

And into this setting, Jeremy Poldark, Ross and Demelza’s first son, is born...

The Poldark series is the masterwork of Winston Graham’s life work, evoking the period and people like only he can and creating a work of rich and poor, loss and love, that you will not soon forget.

First published in 1945, Poldark has been a favorite among readers for a longtime. I read the first two books in the Poldark Saga after watching the PBS drama Poldark last year. This year I'm excited to read the next two books in the series: Jeremy Poldark and Warleggan.

At the end of the last book, Demelza, Graham left his characters in a bit of a cliffhanger. Ross and Demelza's daughter, Julia, had passed away, Ross was arrested, trouble with the mines, and the discourse between the Poldark's extended family, and of course the terrible Warleggans. Jeremy Poldark begins with Ross awaiting trial and Demelza's attempting to do everything she can to help him. I was on the edge of my seat during the trial.

While the Poldark family faces more turmoil, the dynamics of the story line never ceases to entertain. After watching season 2 of Poldark, I was more than ready to dive back into Cornwall and the literary world that Winston Graham created. His characters are rich and well written. If you're a fan of the series, you'll definitely want to add these books to your wishlist because there is so much more that the series doesn't even cover.

Jeremy Poldark is another jewel in Graham's cap. I can see why this series hasn't lost its popularity. Now to Warleggan!