THE ODDS OF YOU AND ME Q&A 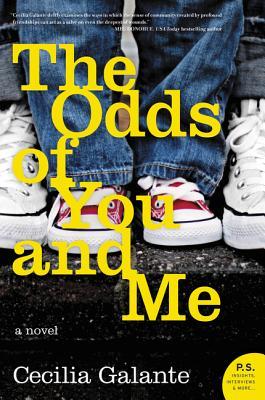 A talented and versatile author, CECILIA GALANTE’S YA novel The Patron Saint of Butterflies was made a Teen Read Selection by OPRAH.  In THE ODDS OF YOU AND ME (February 1, 2017; ISBN 9780062434852; $14.99), GALANTE considers the unvarnished reality of a young woman struggling to overcome her own mistakes, and the sexism and abuse that shockingly shape her reality in ways no young woman ever expects will become a part of her life.

In THE ODDS OF YOU AND ME we meet Bernadette, “Bird,” Sincavage, determined to escape the injuries and errors of the past to create a new life for herself and her four-year-old son, Angus.

Bird has a mere thirteen days to go before being free of probation. Free from making payments to the supermarket where she wrote bad checks. Free from living at home with her overzealous mother who’s constantly nagging her about attending church again. Free to finally create the normal life Angus deserves. Bird’s impending move to Moon Lake, where she’s plunked down a deposit on a brand new apartment, is so close she can almost taste it.  What could possibly go wrong in less than two weeks?

But before her probation is up, a force from Bird’s past—a potent symbol of the people and circumstances that have irrevocably shaped her adult life, comes storming to the fore in the form of one James Rittenhouse.

Bird is stunned to see James being arrested on the evening news for assaulting someone in a local bar. She is even more shocked to later discover him hiding out in an abandoned church choir loft. Somehow he escaped police custody, broke his leg, and got his hand on a gun—which he’s now pointing at her.

Bird doesn’t dare tell anyone she saw James, and there’s no way she’s helping him. She can’t screw up her probation or her second chance for a new future. And she has her son’s welfare to think about.  Still, Bird struggles to forget the terrified look in James’ eyes and the fact that he’s hurt.  James once defended her fearlessly when she needed him most, and it’s nearly impossible to forget his life saving intervention, or how he put himself in harm’s way to come to her rescue.

Bird simply can’t cast aside all that James has done for her, and thus capitulates to secretly assisting him as he remains a fugitive hidden inside the church.  Despite the dark clouds that gather, threatening Bird’s freedom and the future she has struggled so hard to establish for herself and her child—doing the right thing may lead indirectly to a redemption sweeter than anything she could have ever dreamed.

In THE ODDS OF YOU AND ME, with empathy and searing truth, CECILIA GALANTE brings a poignant tale about what it means to be well-intentioned yet misunderstood.  In Bird Sincavage we find an indefatigable young woman who thwarts the judgment of a mother who simply can’t wrap her head around her daughter’s life; a young woman who, with the aid of an unexpected ally, ultimately conquers the odds to find her own happiness.

ABOUT THE AUTHOR:
CECILIA GALANTE, who received an M.F.A. in Creative Writing from Goddard College, Vermont, is the author of six young adult novels and a children’s chapter-book series. She has been the recipient of many awards, including an NAIBA Best Book of the Year, and an Oprah’s Teen Read Selection for her first novel, The Patron Saint of Butterflies. She lives in Kingston, Pennsylvania with her three children.

In Conversation with Cecilia Galante 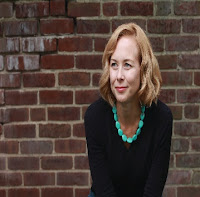 1. Did you learn anything new or surprising while writing your latest book?

I did, actually. The most obvious were all the strange facts I researched for James’ Curious Facts and Data book. Sometimes research for a book can be tedious, but the incredible information I uncovered for this one, including how the human heart beats more than 100,000 times a day, and that there is an actual name for the metallic way the air smells after it rains, were so interesting that it never felt like work. It was just so much fun!


2. How would you say the landscape in which you grew up (i.e. the region, culture, family) has shaped you as a writer?
I always sigh a bit when I get this question because I know I’ll have to go into a lot of strange detail about my somewhat unusual background (born into and raised in a fanatically religious cult for the first fifteen years of my life in upstate New York) but I’ve also learned that sometimes it’s is not the physical place or the culture that shapes people who end up writing – it’s the books along the way. At least that was true for me. I’d be errant if I said that growing up without a solid relationship to my parents has influenced several storylines in my books, (including this most recent one) but I’m also pretty sure I became a writer because my eleventh-grade English teacher, who may have noticed that I was a little bit out of my element, having just moved from the cult into the “real world,” left a copy of The Catcher in the Rye on my desk.

I read the novel in a day, finishing the last chapter inside the school’s bathroom stall, weeping uncontrollably. In a world where almost nothing made any sense, here was someone who told the truth – no matter how ugly or scary or funny it was – without worrying whether or not others would stop loving him if he did. Was that how things worked out here? Were we really allowed to write and say things that might make us look weak or even downright crazy? Because if it was, I knew that day, that it was all I ever wanted to do with the rest of my life. And it still is.

3. What is the difference between a fleeting idea you have for a book, which you eventually forget or discard, and one that gets you putting pen to paper, so to speak?
I’m not sure if there is a difference between the two. I’d say it’s more of a seed and soil analogy; almost all of my ideas that have eventually led me to the page have always started off as a fleeting thought of some sort. Sometimes it’s not even an idea; it’s just a character who has found herself in a ridiculously interesting situation. That might be the glimmer of the idea. The one that gets to the page is the one that keeps on glimmering, day after day, week after week, until it gets so bright you’ve got to put the damn thing down before you go blind.


4. Who or what inspires your characters? Do you have a particular type of character that fascinates you?

If I admitted to all the people I’ve known over the years who have influenced a character of mine in some way, I’d probably get in a lot of trouble! I’ve rarely based a character completely off someone I know; the process is more of an organic one, in which I start off thinking of someone and then watch as the character flourishes into someone in her own right. It happens like that all the time, and it always amazes me when it does, because the finished character is almost nothing like the original one I had in my head. The process is just incredible.

As for characters that fascinate me, I’d have to say the angry ones. Or more accurately, the ones that aren’t afraid to be angry or piss people off. I LOVE writing characters like that, probably because I am the polar opposite of them. It’s freeing to live vicariously through someone else for a while, even if it’s just on the page.


5. What is the best piece of advice you have received that has influenced you as an author?
Best advice I’ve ever received as a writer: Sit down and write.

Best advice I’ve ever received as an author: Don’t take no for an answer.


6. What is the most important thing you want readers to take away from your book?

Probably what I discovered while writing it: that God and parents and everything that goes with them are nothing without love.