Welcome to April's New Books on the Block! Some of the books are available for free if you have Kindle Unlimited. If you're interested in seeing your book featured on May's NBOTB, click on this link to fill out the form. 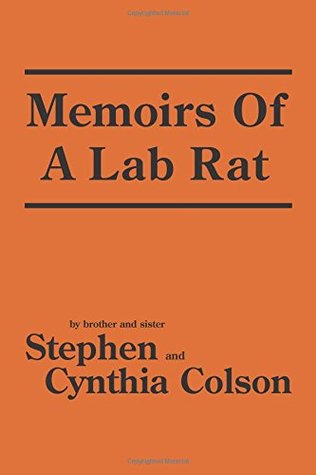 Memoirs of a Lab Rat by Stephen and Cynthia Colson

Stephen Colson, a sculptor living in Hackney, sees the world very differently from his sister Cynthia, a prison chaplain living in Brussels, but when his sister has to flee to London for her life, they put their differences to one side when they discover they are being used as guinea pigs in secret weapons experiments in the East End of London. The weapons developers try to kill them when the siblings decide to go public about their discoveries.In action-packed true-life tale Memoirs of a Lab Rat, Stephen and Cynthia give an astonishing account of how they manage to stop bickering and keep one step ahead of the attempts on their lives. 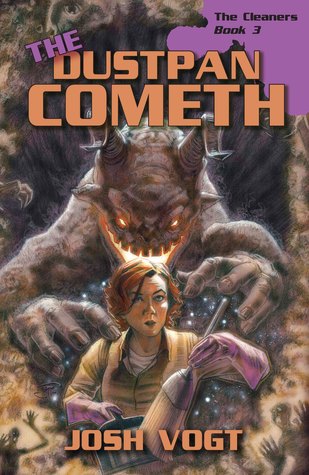 The Dustpan Cometh by Josh Vogt

In the aftermath of an emotion-manipulating virus that nearly wiped out the Cleaners, Dani has immersed herself in company work and training. After all, who has time for self-reflection when there are monsters to be mopped up? However, during one shift, she finds herself face-to-face with Sydney, the entropy wielding Scum able to turn anything to dust with a touch. He’s come to remind her of the deal she made so he’d spare a child’s life, and he’s not leaving until she upholds her side of the bargain—by going on a date with him.

Ben, on the other hand, is dodging trouble of his own. Desperate to restore his powers, he’s submitted increasingly absurd ideas for doing so in the Employee Suggestion box, though he expects them to just be laughed off. When a concept gets unexpectedly approved for a trial run, it makes him a target for his coworkers, who are all-too-eager to put his theory to the test. Pity that it’s designed to leave him as miserable and paranoid as possible.

Even as the two wage their private wars, strange forms of Corruption strike in the heart of Denver, transforming swaths of parks and neighborhoods into lifeless deserts and turning everything and everyone caught in the phenomena to sand.

Scrambling to contain the situation, the Cleaners quickly target Sydney as the likeliest source of the disaster. While the entropy mage denies any involvement, his reputation is hardly spotless, and plenty of Cleaners are prepared to put him down at all costs. But after encountering another potential culprit, Dani finds herself inexplicably defending her would-be beau. As her own loyalties are called into question, she must still prepare to face her greatest challenge ever…

Wearing a dress in public. 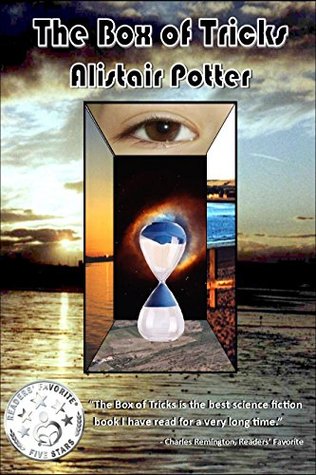 The Box of Tricks by Alistair Potter
*Free on Kindle Unlimited

Multiverse spanning action and adventure, with eye-popping special effects (requires reader input). To prevent catastrophe Earth needs the ultimate eco-warrior, but is mild-mannered Edinburgh taxi driver Tom Mathers up to the challenge? Exploring questions of ethics, resource management, and caring for our planet, this hilarious, yet sobering journey through the multiverse hides deep philosophical questions beneath a veneer of joviality and witty sarcasm. 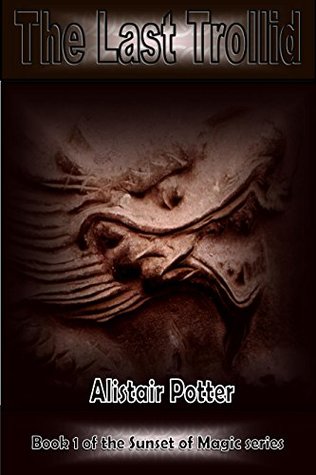 The Last Trollid by Alistar Potter
*Free on Kindle Unlimited

What more do you want in an adventure story? World jumping magic, Dragons, ruthless invaders, epic battles, unlikely heroes, bravery, sacrifice, and a steam cannon worthy of Archimedes! And yes it does have wizards, both good and very bad. Romance? Yes, a little of that too! 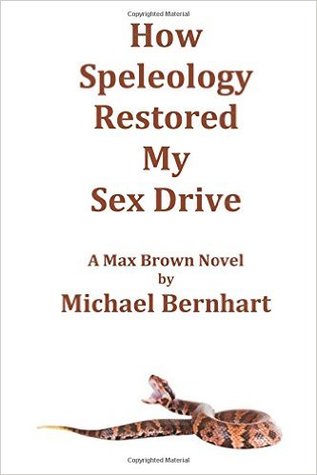 How Speleology Restored My Sex Drive by Michael Bernhart

Some people can't stay out of trouble. Happily married, the father of two precocious nine year old girls, and comfortably off, Max Brown should have it easy. Not yet; that's where the little girls come in. They maneuver Max and his wife into a dangerous treasure hunt through abandoned gold mines. As Max forewarns, "the closer you get to the treasure the more competitors show up, some of whom don't play by the rules." The competitors in this case are seven Klansmen who believe that the object of the treasure hunt, a large cache of Confederate gold, is theirs to finance a second rebellion. Set in northern Georgia, Max combats bears, snakes, and the Klan to protect those he loves. His most cunning and committed adversaries, though, turn out to be his own children. 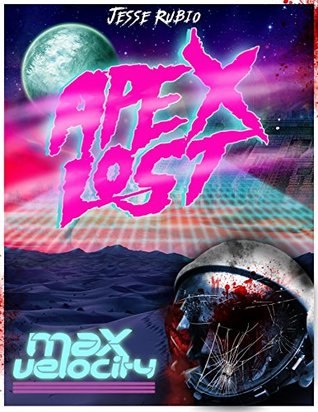 Dejected and left to die on a desolate planet, by a heartless filthy rich ex-employer Star-Bright; an unlikely trio consisting of, a skillful re-programed humanoid sexbot, a gung-ho, trigger-happy deranged nurse, and a strong-willed refinery grunt who is learning to tackle his fears, must ally to survive against all odds. Not only do they have to worry about the poisonous atmospheric conditions, but they also have to face corporate conspiracies, renegade mercenaries and worst of all giant insect monsters! 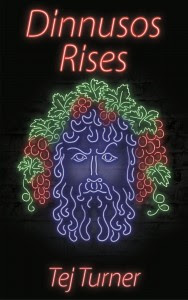 Archetypal grass roots activistsThe vibe has soured somewhat after a violent clash in the Janus nightclub a few months ago, and since then Neal has opened a new establishment called ‘Dinnusos’.
Located on a derelict and forgotten side of town, it is not the sort of place you stumble upon by accident, but over time it enchants people, and soon becomes a nucleus for urban bohemians and a refuge for the city’s lost souls. Rumour has it that it was once a grand hotel, many years ago, but no one is quite sure. Whilst mingling in the bar downstairs you might find yourself in the company of poets, dreamers, outsiders, and all manner of misfits and rebels. And if you’re daring enough to explore its ghostly halls, there’s a whole labyrinth of rooms on the upper floors to get lost in...
Now it seems that not just Neal’s clientele, but the entire population of the city, begin to go crazy when beings, once thought mythological, enter the mortal realm to stir chaos as they sow the seeds of militancy.

Eight characters. Most of them friends, some of them strangers. Each with their own story to tell. All of them destined to cross paths in a surreal sequence of events which will change them forever. 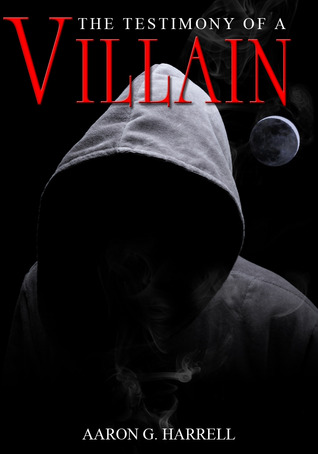 The Testimony of a Villain by Aaron G. Harrell
*Free on Kindle Unlimited


Society made him. A city would fear him.
A generation would cheer him.

A Dark Tale of Betrayal, Love, and Crime

Society has created many great men; yet before they were great, they were persecuted. During their plights, they stood up for what they believed in; even when others were afraid to stand.

Society rejects what it does not understand. The unknown makes them tremble. The thought makes them cower. And when a new trend of thought shakes society, a nation will look to its leader . . .

And he will be called a villain. 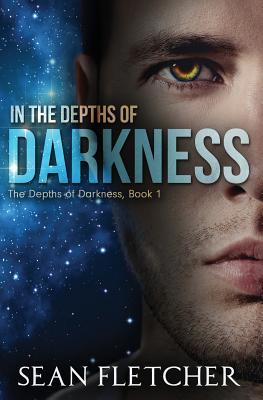 The year is 2119. Earth is a crowded, ugly shell of its former self, surrounded by numerous alien races and protected by the oppressive Earth Alliance. When Alyx Starburn is arrested for stealing food, he's given a choice: join a new branch of the Earth Alliance, created to rehab convicts like him into the service, or rot in a quarry on a backwater planet a thousand light-years away. It isn't a hard decision, and he quickly finds himself in basic training with three other outcasts, each with secrets that put his life in danger. Alyx discovers they've been chosen as the unsuspecting test subjects of an advanced neural Chip; a Chip capable of turning them into elite soldiers. If they survive the implantation process. Those who do will spearhead the EA's conquest for galactic domination. Alyx and his team have barely come out of the procedure before they're blamed for murders they didn't commit and find themselves on the run, searching for somewhere-anywhere-safe. Pursued by armies, bounty hunters, and a relentless squad of mysterious soldiers, the group must figure out who they can trust and who they can't, as they come to realize their own kind may be the most dangerous enemy of all. Run to survive. Survive to fight. Fight to live. 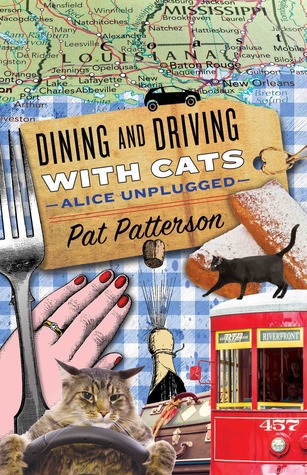 Dining and Driving with Cats - Alice Unplugged by Pat Patterson

Dining and Driving With Cats is a heartwarming and hilarious true adventure of a couple who shares a love that most of us only imagine. Pat Patterson is a born storyteller and makes readers feel as if they are part of the road trip. This book will keep you up late into the night reading and laughing. Here is the remarkable story of how a girl who loved cats captured the heart of a young man who came in from the rain. This is their story of a shared love for travel and history, for food and for their sweet and wily cats Munchie and Tuffy. No cats were harmed during the writing of this book, although the humans have been left with minor physical scars from this very real trip with two very real cats. With the help of his Editor Bryna Kranzler, the award winning author of “The Accidental Anarchist”, a non-stop two hundred and sixty page adventure wrapped in a tender love story emerges from the author’s diary.
The reader joins the foursome as an intimate passenger on the first leg of the journey from the Mexican border to Atlanta, Georgia. If you come along you will dine on scrumptious creations from America’s most acclaimed chefs from Austin and New Orleans to the Procope and Odeon Relais at Buci Market in Paris. You will laugh at cats stuck in boxes, cry over destruction beyond imagination, fight with a Pirate, terrify a US Vice-President, learn cat smuggling, thrill with a love that wouldn’t die, and learn how the Other Woman persuaded Alice to accept my ring. So what’s keeping you? Hop in ‘cause these cats don’t bite. Besides, “The Get In Here and Eat” pop-up food truck is waiting just up the Austin highway