Jane Austen, The End of Men, and Witches: Check out what's new from @HarperPerennial

By Marcie - April 06, 2017
For the past few weeks, I've been sharing summer 2017 titles from: Dey Street Books, William Morrow Paperbacks, Avon and Voyager, and Harper, and Harper 360. Today is Harper Perennial's turn and they don't disappoint! 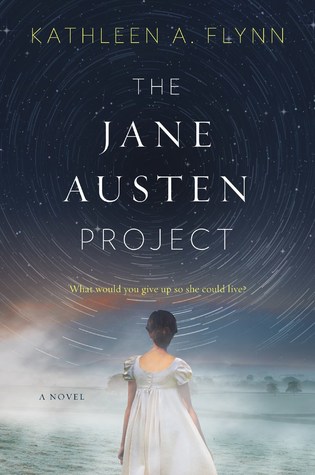 The Jane Austen Project
Kathleen A. Flynn
Release Date: May 2, 2017
Available for Pre-Order

England, 1815: Two travelers—Rachel Katzman and Liam Finucane—arrive in a field, disheveled and weighed down with hidden money. They are not what they seem, but colleagues from a technologically advanced future, posing as a doctor and his spinster sister. While Rachel and Liam aren’t the first team of time travelers, their mission is the most audacious yet: meet, befriend, and steal from Jane Austen.Carefully selected and rigorously trained by The Royal Institute for Special Topics in Physics, disaster-relief doctor Rachel and actor-turned-scholar Liam have little in common excerpt their extraordinary circumstances. Circumstances that call for Rachel to stifle her independent nature and let Liam take the lead as they infiltrate Austen’s circle via her favorite brother, Henry.But diagnosing Jane’s fatal illness and obtaining an unpublished novel hinted at in her letters pose enough of a challenge without the convolutions of living a lie. While her friendship with Jane deepens and her relationship with Liam grows complicated, Rachel fights to reconcile her true self with the constrictions of 19th century society. As their portal to the future prepares to close, Rachel and Liam struggle with their directive to leave history as they found it…however heartbreaking that proves. 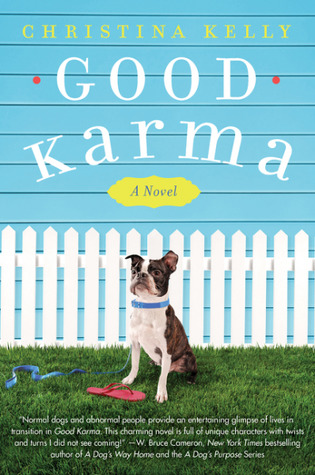 A charming, heartfelt tale of love lost and regained in a gated community in Savannah, Georgia.After almost forty years in New Jersey, Catherine, Ralph, and their beloved Boston Terrier Karma are hitting the road, relocating to a gorgeous, serene island off the coast of Savannah, Georgia, where Catherine can work on her backhand and Ralph can hit the links. But upon their arrival in the Seven Oaks gated community, it becomes apparent that Catherine and Ralph’s visions of retirement couldn’t be more different. While Catherine is intrigued by their quirky neighbors, Ralph’s golf-and-poker routine seems to be interrupted only by his flirtations with their zealous real estate agent.As the pair drift further apart, Catherine cannot help but sense her marriage is at risk. Then, she meets recent widower Fred at the dog park. United by their dogs, they embark upon a friendship that could be something more—until she discovers that he’s not quite what he seems. As she sorts out fact from fiction and discovers what sorts of secrets might be hiding behind Seven Oaks’ pristine picket fences, she’ll have to make a decision affecting her future happiness and her chance at newfound love. 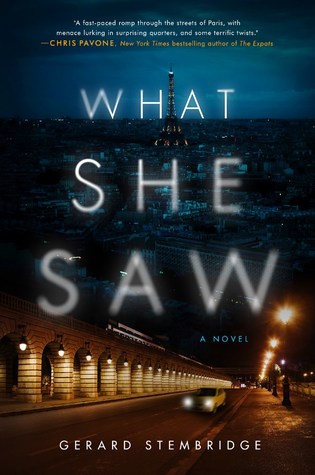 What She Saw
Gerard Stembridge
Release Date: May 23, 2017
Available for Pre-Order

A taut, stylish thriller set over the course of twenty-four hours in Paris—perfect for fans of Chris Pavone’s The Expats and Olen Steinhauer’s The TouristThe storied Hotel Chevalier on Paris’ ritzy Right Bank hosts celebrities, dignitaries, and—for one night—Lana Gibson, an American woman who’s escaped the monotony of her staid married life for a cultural jaunt to the City of Light. As long as she takes her meds, she promises herself, her heightened curiosity and manic elation will stay under control. But when that curiosity leads her to the hotel’s private elevator which serves only the ultra-elite penthouse Suite Imperial, she spies much more than plush carpets and gilt chandeliers: a young woman caught in the clutches of a threatening-looking older man. Unable to erase the image of the girl in danger from her mind, Lana alerts the police, plunging herself into a firestorm of intrigue and becoming a target.As she engages in a cat-and-mouse game that plays out across the streets of Paris, it emerges that the older man is a prominent public figure, and the murky situation only offers more questions: Is he being set up? Who stands to gain the most from his downfall? Not knowing who has her best interests at heart, Lana will need to use every ounce of strength and guile as she races to discover the relationship between the truth and what she saw.Set against the glittering city of Paris, What She Saw is a hypnotic, thoroughly compelling thriller that will leave readers guessing until the final pages. 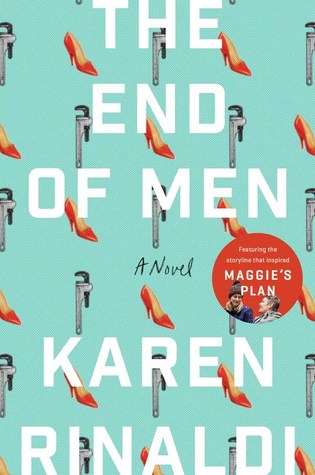 Isabel, Anna, Beth, and Maggie are women who aren’t afraid to take it all. Whether spearheading a pregnancy lingerie company, conspiring to return a husband to his ex-wife, lusting after an old lover while in a satisfying marriage, or trying to balance motherhood and work—they are sexy, determined, and not looking for a simple happily ever after. Through punchy, hilarious, and insightful storytelling, The End of Men shatters the confines of society, and more importantly, those we impose upon ourselves. 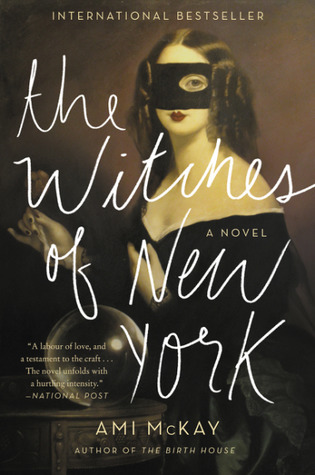 In the vein of Jonathan Strange & Mr Norrell, comes a new novel from historical fiction maven Ami McKay that transports readers to the heart of Victorian New York, where three witches practice their craft—to the delight of some—but at their own peril.Respectable Lady Seeks Dependable Shop Girl. Those averse to magic need not apply. New York in the spring of 1880 is a place alive with wonder and curiosity. Determined to learn the truth about the world, its residents enthusiastically engage in both scientific experimentation and spiritualist pursuits. Séances are the entertainment of choice in exclusive social circles, and many enterprising women—some possessed of true intuitive powers, and some gifted with the art of performance—find work as mediums.Enter Adelaide Thom and Eleanor St. Clair. At their humble teashop, Tea and Sympathy, they provide a place for whispered confessions, secret cures, and spiritual assignations for a select society of ladies, who speak the right words and ask the right questions. But the profile of Tea and Sympathy is about to change with the fortuitous arrival of Beatrice Dunn.When seventeen-year-old Beatrice leaves the safety of her village to answer an ad that reads "Respectable Lady Seeks Dependable Shop Girl. Those averse to magic need not apply," she has little inclination of what the job will demand of her. Beatrice doesn't know it yet, but she is no ordinary small-town girl; she has great spiritual gifts—ones that will serve as her greatest asset and also place her in grave danger. Under the tutelage of Adelaide and Eleanor, Beatrice comes to harness many of her powers, but not even they can prepare her for the evils lurking in the darkest corners of the city or the courage it will take to face them. 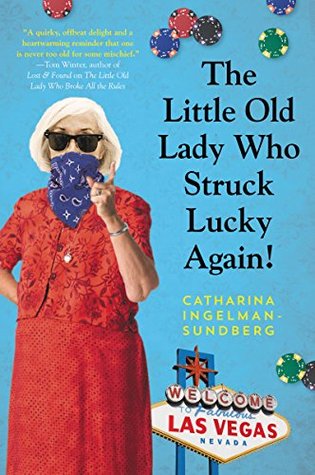 In the sequel to internationally-bestselling Swedish author Catharina Ingelman-Sundberg’s The Little Old Lady Who Broke All The Rules, the League of Pensioners are up to their old tricks, this time swindling the biggest Vegas casinos, outsmarting a gang of young robbers, and evading the Swedish police in the name of elderly pensioners everywhere—perfect for fans of A Man Called Ove and The Best Exotic Marigold Hotel.
What happens in Vegas stays in Vegas…unless you’re in the League of Pensioners!
Martha Andersson and her friends are at it again. Having left behind their restrictive senior home in Stockholm, the gang is off to make it big in the bright lights and big money of The Strip. Armed with electric wheelchairs and some well-placed helium balloons, Martha, The Genius, The Rake, Christina, and Anna-Gretta are ready to take a Vegas casino for all it’s worth, cashing in on their new favorite pastime: white collar crime.

But they aren’t the only ones looking to outsmart Vegas security systems. The League finds itself inadvertently mired in a diamond robbery and face to face with a gang of young—but dangerous—criminals.

Working together they may have gotten the jewels and cash through airport security, but now that they’re back home will they be able to outfox the robbers and keep the Swedish police at bay? Or will this be one heist too many for the League of Pensioners?

This clever, witty, and devilishly fun sequel to The Little Old Lady Who Broke All the Rules delights and probes by turns, and reminds us that we’re never too old for a little mischief. 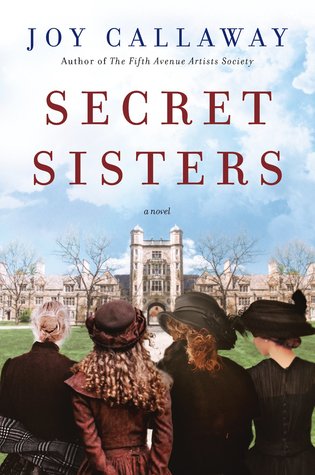 From the author of The Fifth Avenue Artists Society comes this unforgettable historical novel based on the founding of the country's first sororities.

Illinois, 1881: Whitsitt College sophomore Beth Carrington has two goals to fulfill by the time she graduates: obtain a medical degree, and establish a women’s fraternity, Beta Xi Beta, that will help young women like herself to connect with and support one another while attending the male-dominated Whitsitt.

Neither is an easy task. The sole female student in the physicians’ program, Beth is constantly called out by her professors and peers for having the audacity not to concentrate on a more “fitting” subject like secretarial studies. Meanwhile, secret organizations are off-limits, and simply by crowding together in a dank basement room and creating a sense of camaraderie, she and her small group of fraternity sisters risk expulsion.

In order to have the fraternity recognized, she knows she needs help. She turns to the most powerful student on campus: senior Grant Richardson, Iota Gamma fraternity president and the scion of a Whitsitt family—a man she’s only acquainted with because of her longstanding friendship with his fraternity brother Will Buchannan. Staunchly traditional, Grant doesn’t see the purpose of this women’s organization, but captivated by Beth, he agrees to give her a helping hand. What she doesn’t know is how many will stop at nothing to keep her burgeoning organization out of the record books—and who she can actually trust along the way.

As Beth fights for her beloved Beta Xi Beta to be recognized, she will uncover deep secrets about the college and those who surround her, and will have to put both love and friendship on the line so that history can be made.

I'm excited about every single book in this list! What books are you looking forward to?