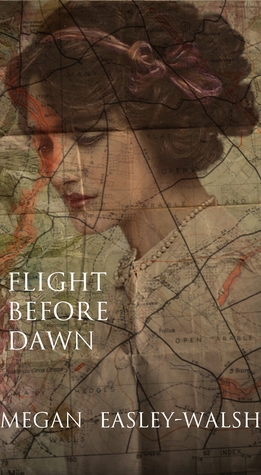 Before there was D-Day...

For over two years, she's watched him.
Now he's on her doorstep.
This is life in the Resistance.

In Normandy in 1943, Victoire leads a band of the Resistance. When Leal, the man she's had watched for over two years, arrives at her doorstep, she'll have to face new challenges in war and in love.

Robberies, a kidnapping and clandestine night adventures were not at all what Victoire planned for her life. And she most certainly never planned to be betrayed. But war — and love — are unpredictable. Joined by her friend Rainier who is mistrusted by Leal, the mysterious Voleta, and Father Pierre, Victoire and Leal must struggle for survival, the grounds of France, and the material of their souls.


When Leal unearths a twenty-five-year-old secret, with Victoire at the center, her whole life is shaken. As the Allies approach, the past, present and future hang in the balance. Can anyone be trusted when the world spins upside down?

1. Describe your novel in 120 characters or less.

Normandy, 1943. Victoire's biggest secret is the French Resistance, until a stranger uncovers a 25-year-old mystery.


2. How easy/hard was it creating Victorie?

On my website, I say that I'm an author befriending characters in need of an author. That was certainly true of Victoire as well. She had a very real story that needed to be told. Sometimes to readers that sounds odd, that our characters exist somewhere out there already, but as I talk to writers I discover that many feel the same. So for me, the process was more about discovering Victoire than creating her. At times, she was a bit shy as she is the keeper of many secrets.

3. What is the most difficult part of your artistic process?

The most difficult part of my artistic process is having enough time to write everything I would like to. I write quickly, but I have many ideas that are ready to be told. I also dislike leaving characters in peril for too long and so I always make sure that I have enough time to really write and finish the work when I begin something.


4. What kind of research do you do, and how long do you spend researching before beginning a book?

I have four novels (Flight Before Dawn, which is now a bestseller, What Edward Heard, North Star Home, and Across the River) that are published and a number of others in the works and each was unique for research. For Flight Before Dawn, I read thousands of pages of printed material, dug into historical archives, and also had firsthand experience from visiting Normandy and the beaches, museums, and memorials of D-Day. I tend to do the major structural research before writing. For Flight Before Dawn, that was a few months’ worth of reading and note taking. Then I research as needed while writing, to fill in any details that may arise.

5. If you can tell your younger writing self anything, what would it be?

I'd tell my younger writing self the same thing that I tell my clients (as a writing consultant and editor at www.ExtraInkEdits.com). 1. Keep reading. The more you read, the better you can write, because you are saturating yourself with words. 2. Keep writing. Your stories matter and you are the only person in the entire world that can write your characters, your plots, and your books.

About the Author:
Megan Easley-Walsh is a bestselling author of historical fiction, a researcher, and a writing consultant and editor at Extra Ink Edits. She is an award-winning writer and has taught college writing in the UNESCO literature city of Dublin, Ireland. Her degrees are in history-focused International Relations. She is American and lives in Ireland with her Irish husband.

Betrayed. I was always so careful and trusted so few. I never let myself get close to the “wrong” people. Yet, somehow, despite all that, I was betrayed. There are a thousand secrets in war. I have held many. Never did I suspect that as I guarded my secrets, someone else harbored a closely guarded secret with me at the center— a secret that's remained hidden for twenty-five years.
— Victoire
Chapter One
Pebbles slipped beneath Victoire's feet as she moved deeper into the cave. The waves lapped against her boots, urging her on in her steps. Shortly, the tide would wash over the area, but the contents of her pocket burned with greater compulsion.

A lone dog barked in the distance, reminding Victoire that others could also creep among the shadows. She had but one guarantee: danger. Moonlight served as a lantern, beckoning her farther into the cavern of solace. Her right hand lifted to trace the stones that she had touched countless times before.

“One, two, three, four, five, six, seven, eight, nine,” she counted, her lips barely moving to ward off any breath escaping. In Victoire’s nightmares, she would trip and let out a small gasp that echoed through the cave before resonating across the beach and over the sleeping residents of the village. Her gasp thundered over the countryside and amplified over the cities, until at last it arrived in Hitler’s ear.

“Victoire, you knew you could not escape me. You knew I would find you,” he would sneer, his mustache twitching, as he erupted in villainous laughter.

“Ten, eleven, twelve, thirteen, fourteen,” her counting continued. At stone forty-four, she tapped it twice and pushed it back. A little golden key glimmered from the moon’s glow. Her pale fingers retrieved the metal, as she kept her other hand on the stone. For a moment, she held it to her heart and then slid it into the pocket of her coat. So many depended on her. So much rested on this secrecy.

“One, two, three, four.” She removed the fourth stone and then the two to the left and right of it and then the three above and below it. Reaching into the gaping hole, her hand brushed an oak box and she removed it from its location. The key turned in the sturdy lock and the box clicked open to reveal its contents.

She lifted a small notebook and recorded a few markings. A solitary golden coin then slipped from her fingers, to be deposited into the box along with the notebook. Locking the box and returning it to its location, Victoire placed the stones back into their positions and prepared to leave the cave. She remained close to the wall on the way out, so as not to attract anyone else who was also breaking curfew this evening or, more importantly, anyone who was enforcing it. Some of the soldiers delighted in showing off the moon from these sandy stretches, to the local women they set their sights on. The French were not considered untermenschen, an inferior people, but France was undeniably occupied.

A scattering of clouds filled the expanse of night above Victoire's head, as she pulled the scarf closer around her to fend off the coolness of the autumnal evening breeze. She hurried toward her home at the edge of town, avoiding the illuminated sandy reaches. Leaning on the stone wall, she looked to the lunar lantern to see if it might somehow mercifully dim its glow. A dog was barking again, but this time it sounded closer.

Her back to the wall, Victoire inched toward the stony stairs leading away from the beach and up to the town. She was halfway up the stairs, when a branch snapped against her face. Catching her balance after the surprise, she pushed the branch back into place with one hand. With the back of her other hand, she wiped the water droplets from her face that had cascaded from the falling limb.
No sooner had she distanced herself from the branch, then she found herself flattening herself against the bush again. The lights of a car on the road ahead were flooding the steps in a basking glow. She held her breath as her heart pounded in her chest, like a thousand horses in the American cowboy movies that she had seen before the war. Flames lapped at her lungs. She was convinced there would not be enough oxygen to last.

Half-praying, half-consoling herself, the words coursed through her veins,
Come on, just a little longer. Please let them go now. It’s all right. Almost there. Please. Please. Please.

Curving toward her, the light spread to the hem of Victoire's coat. Surrounded in an amber glow, she would be discovered. On suspicion, she would be detained and questioned. Relentlessly, the questions would fire at her like the machine guns of the Wehrmacht. She was certain of it. Convinced of the irony of her name and that no victory would come to her, she prepared to meet her fate.

Seconds slowing turned to minutes and at last the car turned— not toward her, but away from her. She did not allow herself to breathe, until the car had disappeared completely around the corner. Raindrops began to fall, as if the clouds too had been holding their breath and could breathe freely once again. Nearing the top of the stairs she turned toward home, thankful that the car had driven in the opposite direction. Tucking her hands into her pockets, she continued down the path. Skittish, but trying to remain in the momentary calm, she planted her eyes on her shoes.

A noise mixed with the sound of rain hitting the ground and bouncing against the buildings. Footsteps were gaining on Victoire. There was nowhere that she could retreat into. Well aware of the trouble she would face, if caught outside after curfew, she had no choice but to continue her journey. If only those steps had some way to identify themselves. Were they the small feet of some grandmother returning from church? Perhaps, they were the measured strides of another Resistance worker. Just as likely though, they could belong to Nazi feet.

She hastened her steps, without trying to appear as if it were for any reason other than the rain. Shuttered windows and steeped roof were in sight. Momentarily, she would be within those sheltered walls of her home. Sitting before the fire, she would savor her tea and evening reading. She would be ordinary and innocent of any accusations. Her hand lifted the latch of the gate. Falling heavy on her ears, the footsteps were much louder. Without turning her back, she opened the gate to her home.
Please, keep going. Keep walking.

The footsteps did not obey her.

“Pardon me,” a male voice punctuated the night air. Investing her safety in ignoring him, she continued walking.

“Pardon me,” he said again, in a slightly louder voice this time. Onward she moved, another step toward the door. A hand reached out and touched her shoulder, stopping her in her tracks. For the second time that night, Victoire was certain she had been caught and prepared to face her fate.