Showing posts from July, 2017
Show all

Agatha Christie, Rebel in the Rye, and A Dream Library: Last Week in Review (57)

Agatha Christie fans, hold on to your knickers because Amazon has scored a deal to make Ordeal By Innocence. There's no set release date yet, but filming has already begun in the UK. The three episode series has a talented cast: B ill Nighy,  Alice Eve , Ella Purnell , Matthew Goode,  and  Ed Westwick, plus many more!  According to the courts, Jacko Argyle bludgeoned his mother to death with a poker. The sentence was life imprisonment. But when Dr. Arthur Calgary arrives with the proof that confirms Jacko’s innocence, it is too late—Jacko died behind bars following a bout of pneumonia. Worse still, the doctor’s revelations reopen old wounds in the family, increasing the likelihood that the real murderer will strike again. Rebel in the Rye has a new trailer. The movie is based on the creation of the classic  The Catcher and the Rye. It stars Nicholas Hoult, Kevin Spacey, and Zoey Deutch. Release date is September 5, 2017. After more than thirty
Post a Comment
Read more

Title: Hooked On You Author: Patrice Wilton Narrator: Cynthia Vail Length: 7h 53m Publisher: Patrice Wilton Series: Paradise Cove, Book 1 Genre: Contemporary Romance A new series by Patrice Wilton, NEW YORK TIMES and USTA TODAY best selling author. This new heart-warming contemporary romance takes place in the Florida Keys and promises romance/passion, family values, and plenty of adventure. Cardiac surgeon Sean Flannigan lost his daughter to a rare form of leukemia; he can mend broken hearts, but his is beyond repair. Kayla Holmes, along with her sisters, inherited guest cottages in the Keys after their stepfather died. Their high spirits and positive energy are a beacon of light that directs Sean's sailboat into Paradise Cove. Can Kayla's compassion find a crack in Sean's armor? Sometimes love isn’t enough to heal a wounded heart. Patrice Wilton knew from the age of twelve that she wanted to write books that would take
2 comments
Read more

Sync's Summer Of Free Audiobooks For Teens Is On The Move

Just a few short weeks left of Sync's summer audiobook program. It's week 14, and this week AudioFile and Sync bring you two new titles. Remember these audiobooks are only available: 07/27- 08/03. You can download the audiobooks by clicking here:  http://www.audiobooksync.com / ←←← All you need to download them is the Overdrive app which is also free on the website. AudiobookSYNC participants with a yen for fantasy with historical twists are in for a treat with this week’s free audiobook downloads. This pair offers some steampunk, some alternative history, and a pair of protagonists who are clever and brave. Full Cast Audio’s AIRBORN, by Kenneth Oppel, is narrated by David Kelly and other actors who make this tale of derring-do spring to life. In an alternative to our history of aircraft development, hot air balloons are the height of aviation splendor. There are also air pirates, fierce weather, and a strong-willed young woman out to save her dead grandfather’
Post a Comment
Read more 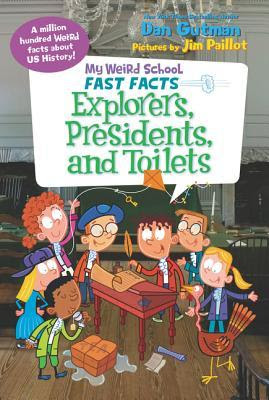 Dan Gutman has been a family favorite for years. My children love his sense of humor. I love that while they are having a great time reading the books, they're also learning cool facts. Even though they are a little older now, Gutman will always hold a special place in our bookish hearts. I'm thrilled to share with you three new books from this fantastic author, along with a Q&A. Think fast with A.J. and Andrea from My Weird School! Did you know that the word “independence” never appears in the Declaration of Independence? Did you know that soldiers in World War I collected thousands of glowworms in jars to help them see at night?! Learn more weird-but-true U.S. history facts with A.J. and Andrea from Dan Gutman’s bestselling My Weird School series. This all-new series of nonfiction books features hundreds of hysterical facts, plus lots of photos and illustrations. Whether you're a kid who wants to learn more about our country's history or simply someon
Post a Comment
Read more

Let's get to it! Last week is was hot, record-setting-temperatures hot. And when it's that hot the only thing to do is stay inside with the a/c and read a good book. Unless you have access to a pool, but I don't. Staying inside was my only option. Even my flowers look horrible. I've tried to keep them watered but the heat has taken its toll. Relief seems to be days away, so maybe we can get back to the oppressive summer temperatures that we're used to. On July 18, 2017, readers celebrated the 200 anniversary of Jane Austen's death. I know it sounds morbid to celebrate a death, but really, it's celebrating a life. Readers across the internet expressed their love for Austen and what her book have meant to them. And Signature (part of Penguin/Random House) has put out an Essential to Jane Austen Guide . And it's free to download!  All you need to do is go to:  http://www.signature-reads.com/download/the-essential-guide-to-jane-austen/  and enter
Post a Comment
Read more

From New York Times bestselling author Kristen Proby comes a sexy, new standalone contemporary romance in her Fusion Series , THE BEAUTY OF US, releasing August 22, 2017! Check out the chapter below and get to know Trevor and Riley!   About THE BEAUTY OF US: New York Times bestselling author Kristen Proby delivers another sizzling novel in her delectable and sexy Fusion series. Riley Gibson is over the moon at the prospect of having her restaurant, Seduction, on the Best Bites TV network. This could be the big break she’s been waiting for. But the idea of having an in-house show on a regular basis is a whole other matter. Their lives would be turned upside down, and convincing Mia, her best friend and head chef of Seduction, that having cameras in her kitchen every day is a good idea is daunting. Still, Riley knows it’s an opportunity she can’t afford to pass on. And when she meets Trevor Cooper, the show’s executive producer, she’s stunned by their intense chemistry.
Post a Comment
Read more 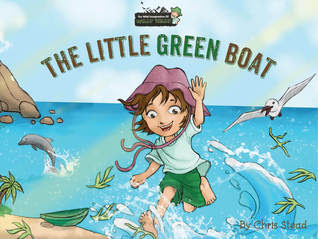 The Wild Imagination of Willy Nilly is a children's picture book series with an art style that sits somewhere between Western video games and Eastern anime TV shows. It covers the ordinary everyday activities of a little boy called Willy Nilly, which spiral into epic adventures as the real world, and the world powered by his imagination, merge into one. In his first adventure, The Little Green Boat, a trip to the beach takes an interesting turn when Willy discovers an abandoned boat in the sand. He jumps in, only to be washed out to sea by a giant wave. He must enlist the help of some dolphins, who take him to a tropical island where Willy must survive monkeys, bats, crocodiles and more if he is to find the secret treasure chest and a way home. 1. In 2013 you left a career as an editor of a game magazine to start your own company, Old Mate Media. What were your motivations behind the move? In many ways I had reached a ceiling in terms of career progression.
Post a Comment
Read more
More posts