Audiobook Review: The Book of Dragons + A Giveaway

Series: The Book of Dragons, Books 1-8

Edith (E.) Nesbit was a master at weaving imagination and real life into timeless fairy tales, with fantastic mythical creatures, princes and princesses, magic, and just the right touch of silliness. This is a collection of nine of her fairy tales with a common theme - Dragons! For children from five to 95, these stories are not to be taken seriously. Let your imagination run wild!

Edith (E.) Nesbit was a master at weaving imagination and real life into timeless fairy tales, with fantastic mythical creatures, princes and princesses, magic, and just the right touch of silliness.

In “A Woman of Passion: The Life of E. Nesbit, 1858-1924”, Julia Briggs labeled Edith Nesbit Bland as the “first modern writer for children” and credits Nesbit with having invented the children’s adventure story. Some of her best known stories are The Railway Children, Five Children and It and her Bastable family stories, The Story of the Treasure Seekers and The Wouldbegoods. Her stories combined realistic children in real-world settings with magical objects and adventure, including travel to fantastical lands. She has influenced such writers as P.L. Travers (Mary Poppins), Edward Eager (Tales of Magic) and J.K. Rowling and several of her stories have been adapted for film and television.

Nesbit was a free thinker, a political activist, and co-founder of the Fabian Society. A young Noel Coward, who was a great admirer of hers, once said she was “the most genuine Bohemian I had ever seen”.

Karen grew up in a musical family and started singing with her daddy’s band when she was knee-high to a grasshopper, as they say in her native Ozark Mountains. She’s been performing ever since, playing to anyone who would sit still long enough. When she wasn’t demanding to be the center of attention, she was high in her backyard tree reading just about anything she could get her hands on. Her love of theatre and the stage grew from school plays and backyard shows to a college degree and regional theatre. And her love of literature grew as well. She discovered the world of audiobooks when they really were books on tape and has been an avid fan ever since. About five years ago, she had an epiphany (why it took her so long is a mystery). She could combine her love of performing with her love of the spoken word. She recorded her first audiobook in 2012 and hasn’t looked back. She just finished her 39th book and it will be released on Audible in June. 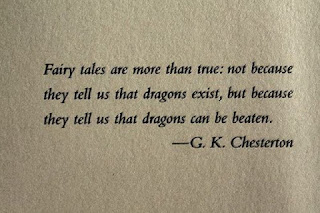 E. Nesbit has written about forty books in her lifetime. She is credited with influencing authors like J.K. Rowling (Harry Potter), C.S. Lewis (Narnia Chronicles), and P.L Travers (Mary Poppins). I have read several books by Nesbit, but The Book of Dragons was a first for me. I was also thrilled that this is an audiobook review, since I thought it would be a great listen as well.

The Book of Dragons is made up of eight short stories that feature dragons. These dragons aren't particularly nice. Mostly they're trying to destroy towns or eat them for a midday snack. The children in these stories must find a way to defeat the dragons or all is lost. Of course, the children are ill-equipped at first and are sometimes the reason the dragons come in the first place, but like all stories, there must be a little trouble at first.

I liked some stories more than others, and even though Nesbit wrote The Book of Dragons in 1901, it still reads as if it could have been written more recently. This is one of those books that I think is better when you listen on audio. Karen Krouse does a superb job as the narrator. She's a dragon, a child, an old lady and she gives the characters such individuality that you almost don't know it's the same person.

I'm so glad I had the opportunity to explore another book by E. Nesbit. She's a wonderful writer for young children.

The Book of Dragons Giveaway

Jul. 2nd: The Desert Bibliophile
Reading for the Stars and Moon
What Is That Book About?

Jul. 6th: Notes From 'Round the Bend
To Read Or Not To Read

*I received a copy of this book for review purposes only. My views are my own and not influenced in any way.
Audiobook E. Nesbit review The Book of Dragons