By Marcie - July 03, 2017
Thanks to Shelby Londyn-Heath I have a print copy and a mystery prize to give away to a lucky winner. This giveaway is open to US addresses only. Because of the subject matter, this book is intended for mature audiences. You must be at least 18 years old to enter. Please read our giveaway policy before entering. Comment below for your chance of winning a copy of this book. 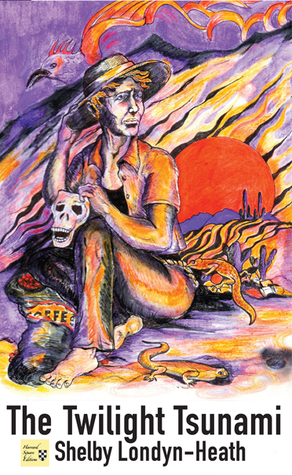 Grey is a hard-hitting social worker who removes babies and children from dangerous drugged parents, violent homes, and families joined with criminal gangs. He is unstoppable until a new social worker enters his department. She is hungry for power and position, as she challenges Grey in dramatic and unexpected ways. Even as Grey yanks newborns from mothers, gets beat up by irate parents, and lives through suicides of foster children aging out of the system, nothing can stop him until he meets his nemesis, a truly power-hungry woman.

Grey slowly unravels as he attempts to combat his rival's malice. He spirals into a shadowy self, fighting to keep himself functional within the turmoil of his co-worker's cruel actions. He realizes she has destroyed other lives and will stop at nothing to be master of her own design, as she tries to destroy his.

Grey makes a decision to redeem himself, the only way left for him to rise up and conquer his fears. He risks losing everything, as he attempts to find salvation and fell his adversary. Along the way, he discovers a secret, one that leads to her "Achilles Heel," and to his greater truth.