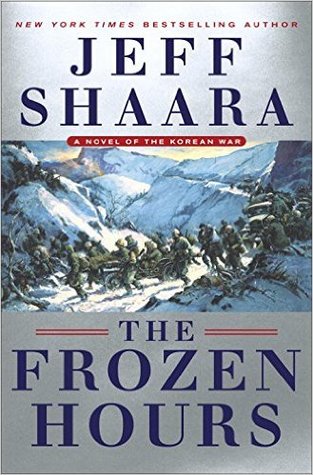 June 1950. The North Korean army invades South Korea, intent on uniting the country under Communist rule. In response, the United States mobilizes a force to defend the overmatched South Korean troops, and together they drive the North Koreans back to their border with China.

But several hundred thousand Chinese troops have entered Korea, laying massive traps for the Allies. In November 1950, the Chinese spring those traps. Allied forces, already battling stunningly cold weather, find themselves caught completely off guard as the Chinese advance around the Chosin Reservoir in North Korea. A force that once stood on the precipice of victory now finds itself on the brink of annihilation. Assured by General Douglas MacArthur that they would be home by Christmas, the soldiers and Marines fight for their lives against the most brutal weather conditions imaginable--and an enemy that outnumbers them more than six to one.
The Frozen Hours tells the story of Frozen Chosin from multiple points of view: Oliver P. Smith, the commanding general of the American 1st Marine Division, who famously redefined defeat as "advancing in a different direction"; Marine Private Pete Riley, a World War II veteran who now faces the greatest fight of his life; and the Chinese commander Sung Shi-Lun, charged with destroying the Americans he has so completely surrounded, ever aware that above him, Chairman Mao Tse-Tung watches his every move.
Written with the propulsive force Shaara brings to all his novels of combat and courage, The Frozen Hours transports us to the critical moment in the history of America's "Forgotten War," when the fate of the Korean peninsula lay in the hands of a brave band of brothers battling both the elements and a determined, implacable foe.

Everything I knew about the Korean War came from M.A.S.H before reading this book. This book really put that knowledge into perspective. While M.A.S.H did show some of the drama and brutality of what the soldiers witnessed and partook in, it did so in a very sanitized environment. The use of these first-hand accounts to drive the story bring it to light and make it all the more real. Jeff Shaara is truly a master of his craft. This book has fueled my desire to learn more about the time surrounding the Korean War.

The story takes three very distinct and different perspectives: Oliver P. Smith, the commanding general of the American 1st Marine Division, Marine Private Pete Riley, and the Chinese commander, Sung Shi-Lun. These differing takes shows how this series of movements and battles over about a four-month time span affects the groups in diverse ways. They are called the “Frozen Chosin” because it was a brutal winter near and around the Chosin Reservoir. It was so cold that their water and rations would freeze solid. Many of the soldiers would lose extremities to frost bite.

Shaara has an easy writing style that invites you to learn about and then relate to the characters in the story. He intertwines their back stories in such a way that it is seamless. It did take a bit for the story to get really going but once it did I did not want to put it down. I am a big fan of Shaara’s books. It began with he and his father’s Civil War series and now The Frozen Hours is just another excellent addition to his catalog.