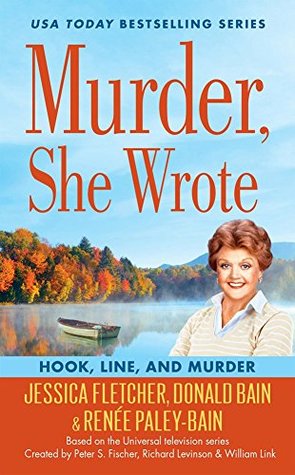 Jessica enters a fly-fishing competition at a nearby lake. Joining her is the sheriff's wife, Maureen Metzger, who surprises Jess with her enthusiasm for the sport. Their guide, however, is a surprise to both....

Brian Kinney is an ex-con. Jailed as an accomplice to convicted killer Darryl Jepson, Brian was later exonerated, but not before spending seven years behind bars. He seems like a decent enough fellow. Just someone trying to rebuild his life as a family man and fishing guide.

Yet when Jepson breaks out of prison vowing revenge, and the lawyer for both men is found murdered, Cabot Cove becomes the focus of the nation as local, state, and federal authorities descend on Jessica's hometown. And to add to the tension, Maureen has gone missing. Is she lost or is she a hostage? Jess soon finds herself caught in a net full of lies, deceit, and ulterior motives. In order to save her friend, she'll need to find some answers by hook or by crook...

I can't remember when I was introduced to Murder, She Wrote. As a kid, I used to run around while my mom watched it in syndication. It was part of the background noise of my childhood. I had no idea that this was also a book series. Hook, Line, and Sinker the is 46th book in the series. So, not only did I come late to the party, I also jumped right in with book #46. 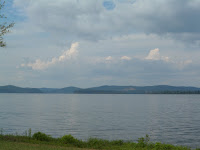 I started reading this book along the same time my daughter had a daycamp thing down by the lake. My husband and I took her, dropped her off, and enjoyed a few hours by the serene landscape. Being in that setting helped me to immerse myself into the world of Murder, She Wrote.

Jessica Fletcher enters into the yearly fly-fishing competition. Looking forward to some quiet time, she's a little disgruntled that first-time fisherman, Maureen, eagerly wants to join her. But Jessica agrees and the two set off for an adventure in Cabot Cove.

Meanwhile, Darryl Jepson, a convicted killer, escapes and a manhunt ensues. Tensions are high around town, but when Maureen goes missing, her husband, the sheriff, will risk anything to get her back. And Jessica puts her detective skills to work to aid in the investigation. But will they find Maureen before it's too late?

If you're a fan of the television series, you'll be a fan of the book series as well. I was pleased that I was able to jump into a series so late in the game and feel like I hadn't missed much. This book was an entertaining weekend read that I would recommend to anyone who loves a bit of mystery in their life.