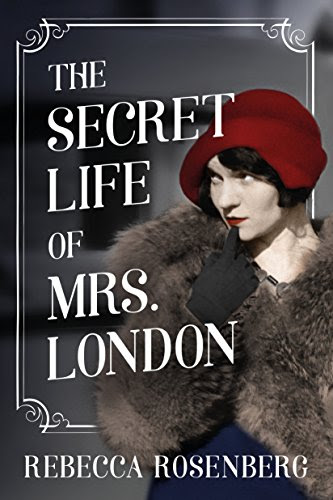 The Secret Life of Mrs. London by Rebecca Rosenberg

San Francisco, 1915. As America teeters on the brink of world war, Charmian and her husband, famed novelist Jack London, wrestle with genius and desire, politics and marital competitiveness. Charmian longs to be viewed as an equal partner who put her own career on hold to support her husband, but Jack doesn’t see it that way…until Charmian is pulled from the audience during a magic show by escape artist Harry Houdini, a man enmeshed in his own complicated marriage. Suddenly, charmed by the attention Houdini pays her and entranced by his sexual magnetism, Charmian’s eyes open to a world of possibilities that could be her escape.

As Charmian grapples with her urge to explore the forbidden, Jack’s increasingly reckless behavior threatens her dedication. Now torn between two of history’s most mysterious and charismatic figures, she must find the courage to forge her own path, even as she fears the loss of everything she holds dear.


Available for Pre-Order on Amazon, Barnes and Noble, and IndieBound

Praise for The Secret Life of Mrs. London

“The Secret Life of Mrs. London is a heart-wrenching portrait of a marriage between two people who utterly depend on one another, but ultimately aren’t enough for each other. With skillful precision of language, Rosenberg weaves a narrative that defines the complexities of love, passion, and art. This is a perceptive, deeply moving novel by a great new talent about a couple who has gone unnoticed in historical fiction until now. Anyone who has ever loved another person will want to read this book.” —Victoria Kelly, author of Mrs. Houdini: A Novel

“One of Houdini’s best kept secrets was his affair with Charmian London in 1918. Now Rebecca Rosenberg tells the story using an elegant blend of fact and fiction, creating a Houdini book like no other. The Secret Life of Mrs. London is a true peek behind the curtain and a page-turner.” —John Cox, Wild about Harry 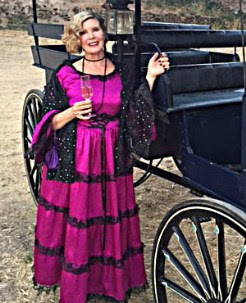 A California native, Rebecca Rosenberg lives on a lavender farm with her family in Sonoma, the Valley of the Moon, where Jack London wrote from his Beauty Ranch. Rebecca is a long-time student of Jack London’s works and an avid fan of his daring wife, Charmian London. The Secret Life of Mrs. London is her debut novel.

Rebecca and her husband, Gary, own the largest lavender product company in America, selling to 4000 resorts, spas and gift stores. The Rosenbergs believe in giving back to the Sonoma Community, supporting many causes through financial donations and board positions, including Worth Our Weight, an educational culinary program for at-risk children, YWCA shelter for abused women, Luther Burbank Performing Arts Center to provide performances for children, Sonoma Food Bank, Sonoma Boys and Girls Club, and the Valley of the Moon Children's Home.

For more information, please visit Rebecca's website and blog. You can also find her on Facebook and Goodreads. Visit the Facebook page for The Secret Life of Mrs. London.

Tuesday, January 2
Passages to the Past

Wednesday, January 10
To Read, or Not to Read

Monday, January 29
What Cathy Read Next